As two of the most iconic science fiction franchises of all time, it’s hardly a surprise that the odd reference to Star Wars has slipped into Doctor Who.

From more obvious name drops, to a surprisingly direct connection between these fantastical universes, here are some of the Star Wars references that you might have missed in Doctor Who...

A Familiar Title Card
Revolution of the Daleks

“A long time ago in a galaxy far, far away…”

Say these ten words to almost anyone, and they’ll be able to tell you which film series they're from. This sentence is emblazoned into the hearts of nerds all around the world, as every mainline Star Wars film has opened with a title card with this now-famous sentence. 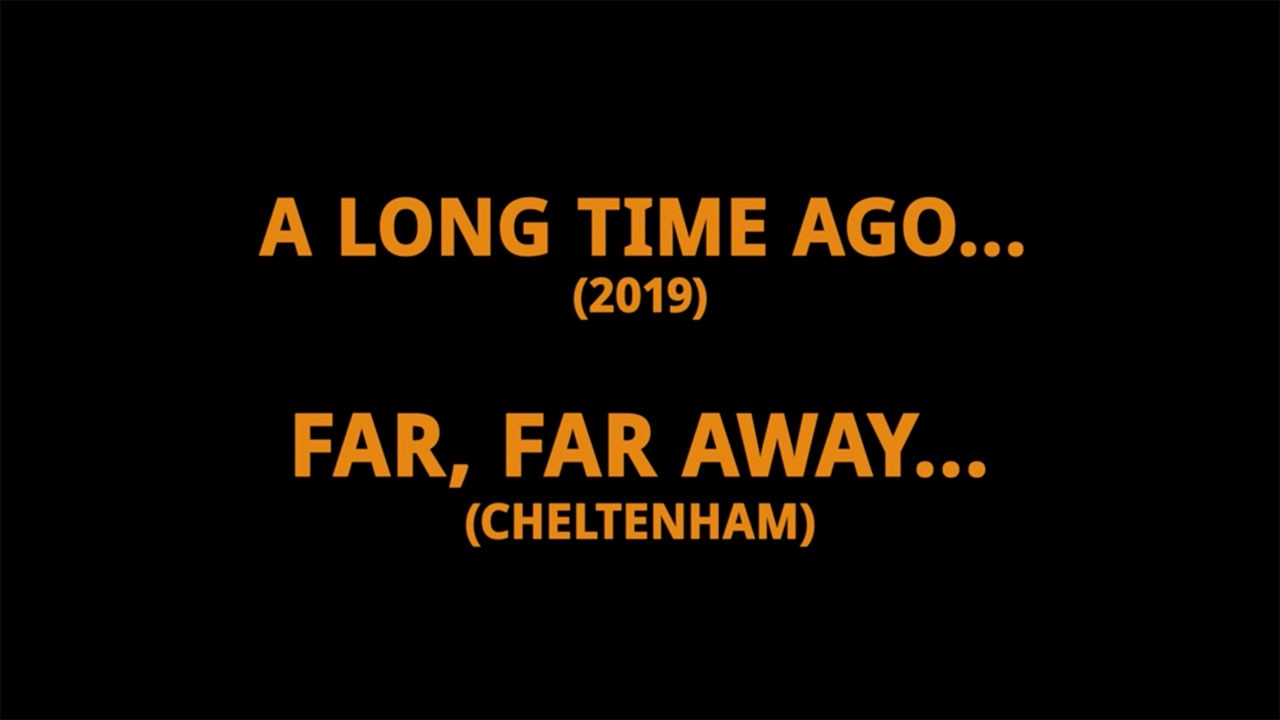 Paying homage to this was the opening of 'Revolution of the Daleks' which featured a similar title card in a cheeky flashback to the previous year’s special 'Resolution'. Admittedly, Doctor Who went one step further than every Star Wars film has so far - specifying when "a long time ago" was (2019) and where "far, far away" was located (Cheltenham).

On the walls of the trap street in 'Face the Raven', we get a poster that not only references Star Wars, but also the venerable Back to the Future movies as well! 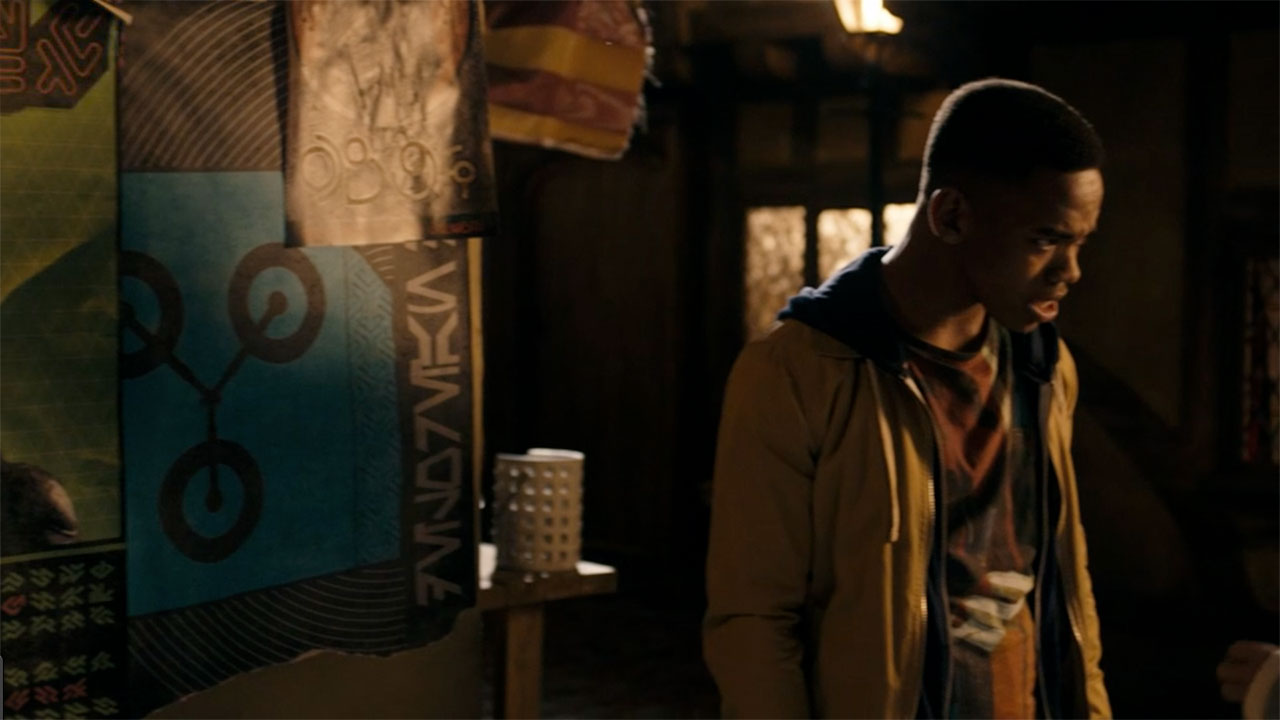 The poster in question features the three circles connected by lines, mirroring the design of the device that gives the Delorean in those films the ability to time travel, the flux capacitor.

In case there is any doubt about the reference, the word ‘Delorean’ is written next to the image - not in English, however, but in Aurebesh, which is one of the major written languages of the Star Wars universe.

Binary Sunset
The Sound of Drums

Fans of Star Wars: A New Hope will no doubt be familiar with the iconic scene where Luke Skywalker looks wistfully into the horizon, as the twin suns of his planet begin to set. But Tatooine isn't the only famous planet with a binary star system! 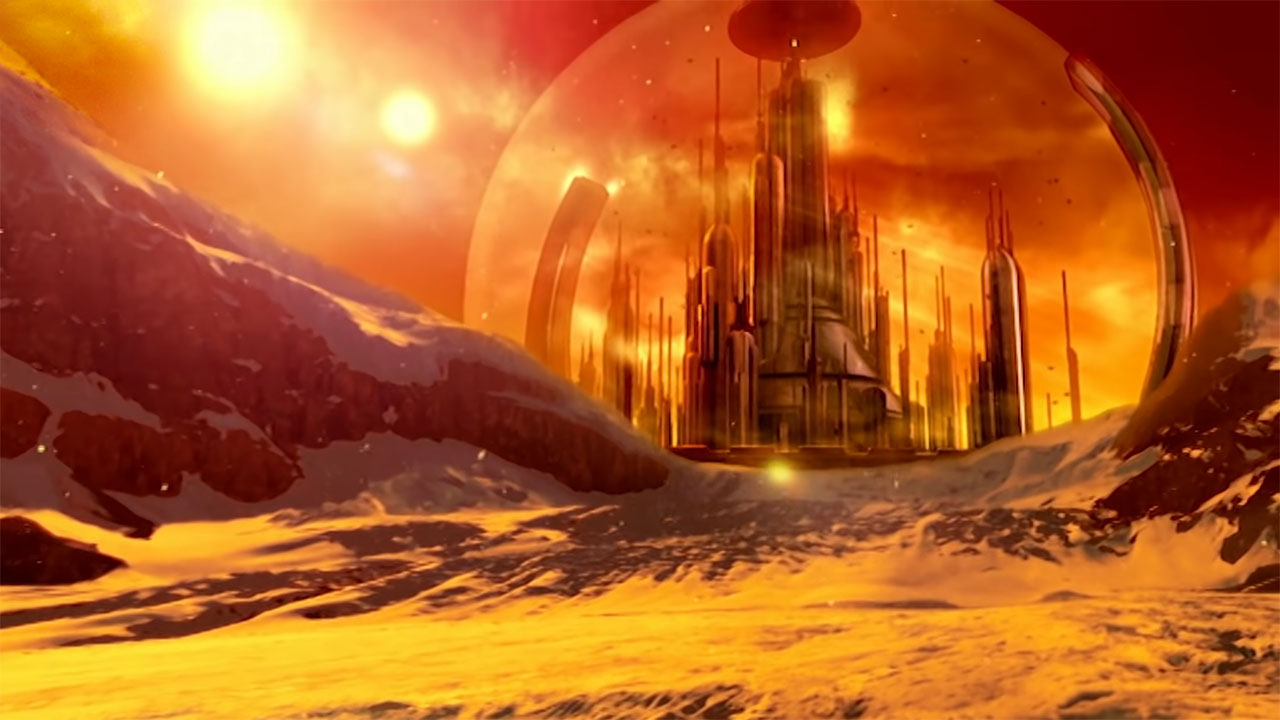 The Tenth Doctor describes his home planet Gallifrey to Martha Jones in 'Gridlock', telling her how the second sun would rise in the south and make the mountains shine. It's not hard to imagine the Doctor having a Luke Skywalker moment of their own during Gallifrey's binary sunset! 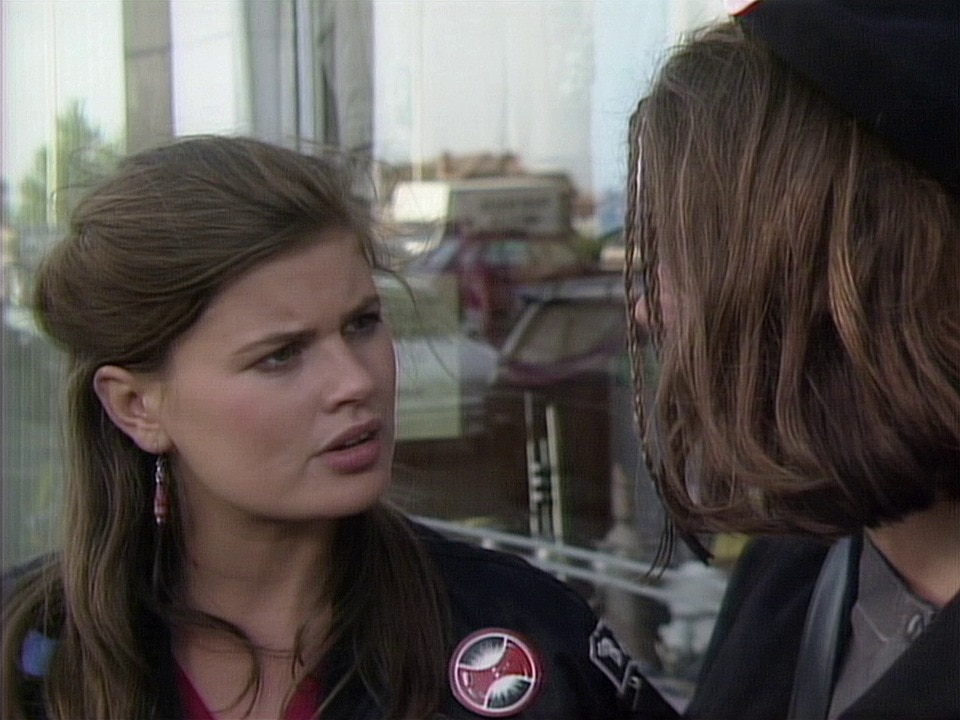 When Ace returned to her childhood town of Perivale, she found that everything had changed. This was to be expected, as she’d been away for quite some time; but one of the more disappointing updates was the news of her friend Flo’s marriage. Flo has settled down with a ‘brain-dead plumber’ who her friends - Ace included - had dubbed Darth Vader.

We’re not sure what this plumber had done to be lumbered with the name of the dark lord of the Sith, but he doesn’t sound like the friendliest of people!

The animated Tenth Doctor adventure used Star Wars to poke fun at a trope that features in many other films and TV shows: using the vents to crawl to safety. 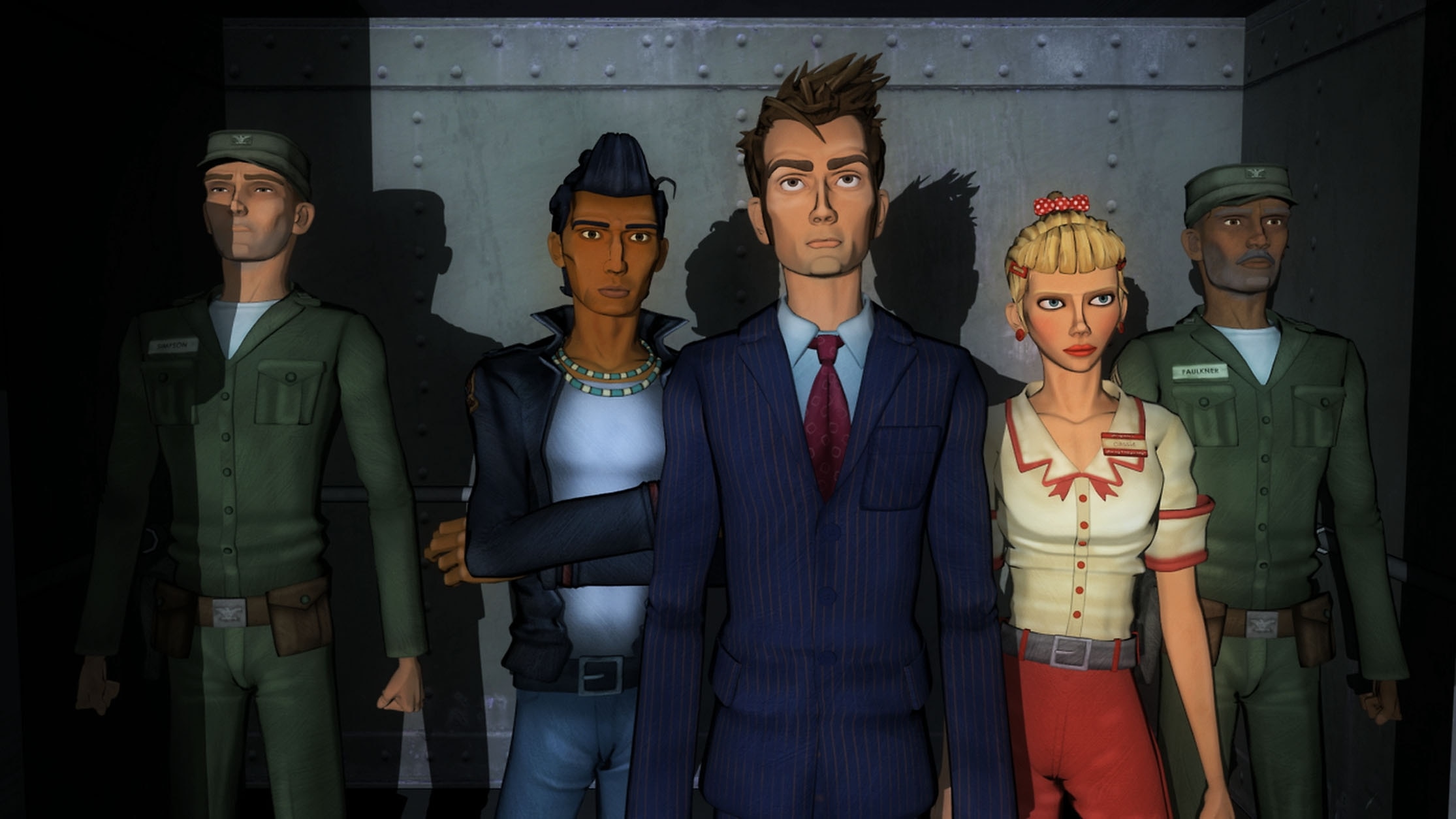 In Star Wars: A New Hope, the heroes escape the attacking Stormtroopers through a garbage chute, only to find themselves nearly crushed to death in a trash compactor! For the Doctor, and his new friends Cassie and Jimmy, these events are experienced backwards. They escape a dangerous situation via the vents, but are captured at the other end by soldiers.

In both cases, the answer is clear: ventilation shafts might seem like a good way to escape, but they invariably lead only to more problems!

An Old and Wise Eccentric
Meanwhile in the TARDIS (Part 2) 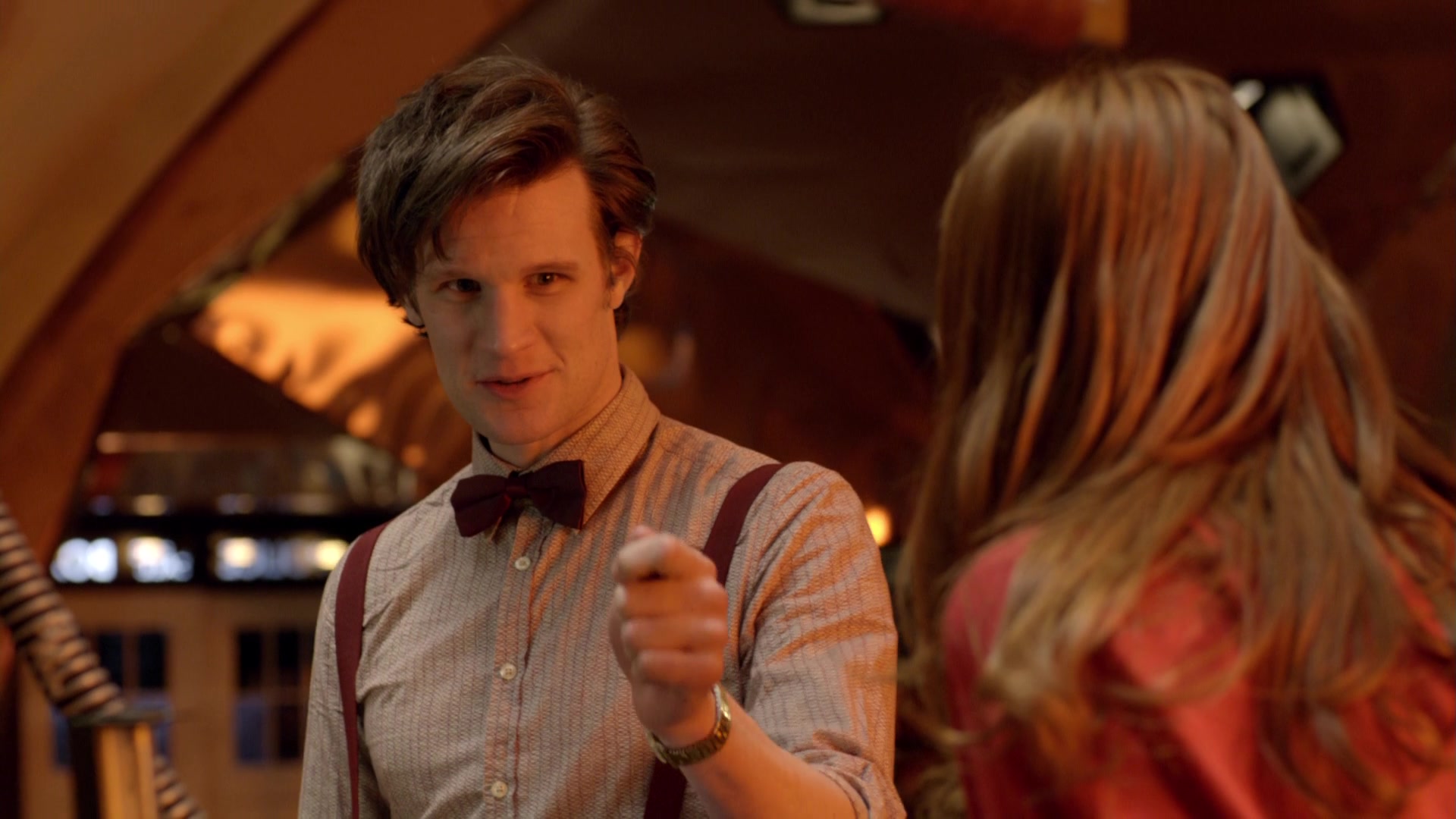 An ancient being, unbelievably wise and powerful, with a variety of eccentric quirks - is that the Eleventh Doctor, or the Jedi Master Yoda?

Let’s face it, the description could apply to either of them! The Doctor certainly saw the similarities for himself, when he compared himself to Yoda (or "the little green one") in the bonus scene 'Meanwhile in the TARDIS'. However, given the Eleventh Doctor’s habit of frenetic arm flailing, it’s probably for the best that no one’s entrusted him with a lightsaber.

It isn’t just Doctor Who that's littered with Star Wars references - The Sarah Jane Adventures featured many nods to the behemoth film franchise. In particular, Clyde compared his relationship with Luke (Smith, not Skywalker) to that of the Jedi Master/apprentice, going so far as to dub himself Luke’s “Obi-Wan Kenobi". 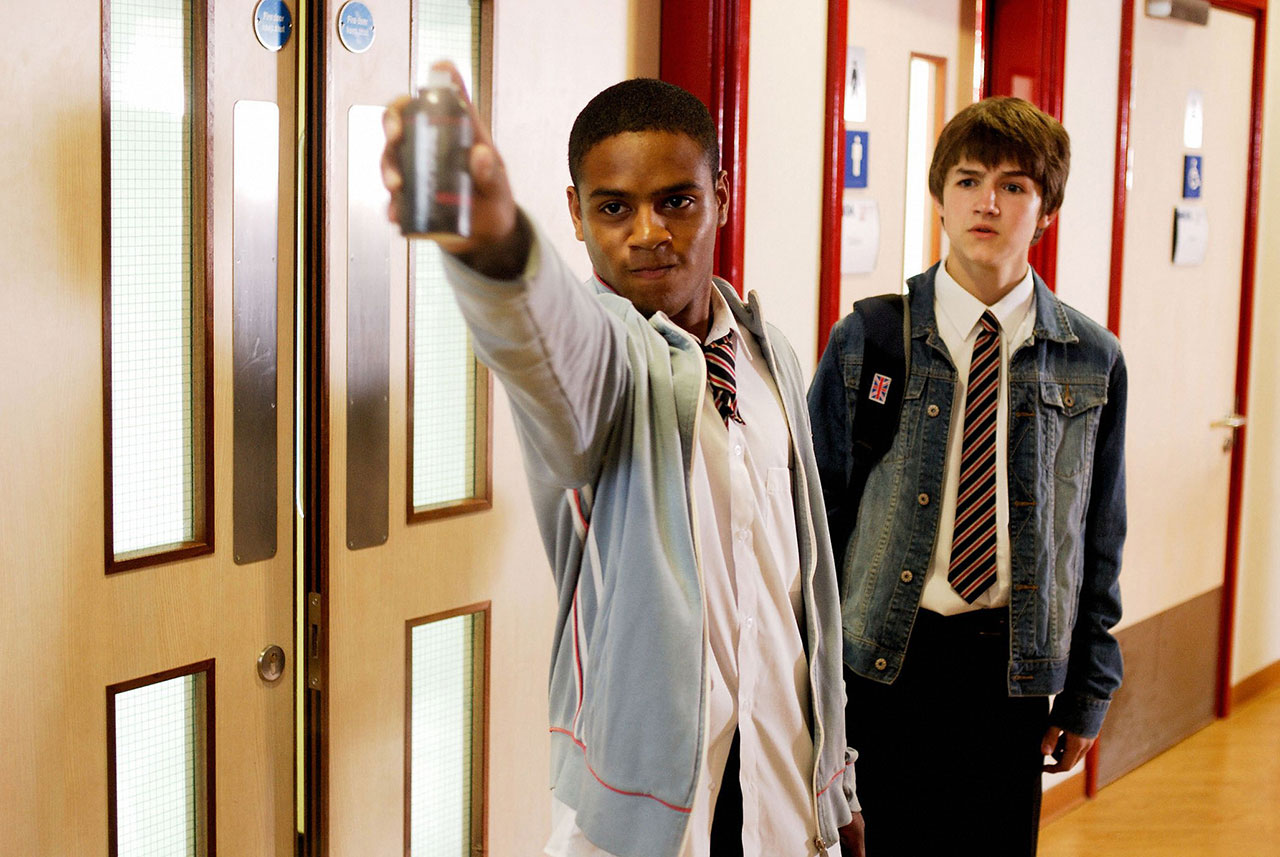 Clyde was clearly a bit of a major Star Wars fan - as in 'The Last Sontaran', we learned he tried to do a whole history project on the Battle of Hoth from Star Wars - The Empire Strikes Back! Sadly for Clyde, he wasn’t allowed to do the project on that battle - what with it being fictional.

While all the references in this list have (so far) been intentional, there are a handful of unintended Star Wars easter eggs in Doctor Who. How did these references come about if no one meant for them to happen? Because props from Doctor Who went on to be used in Star Wars films! 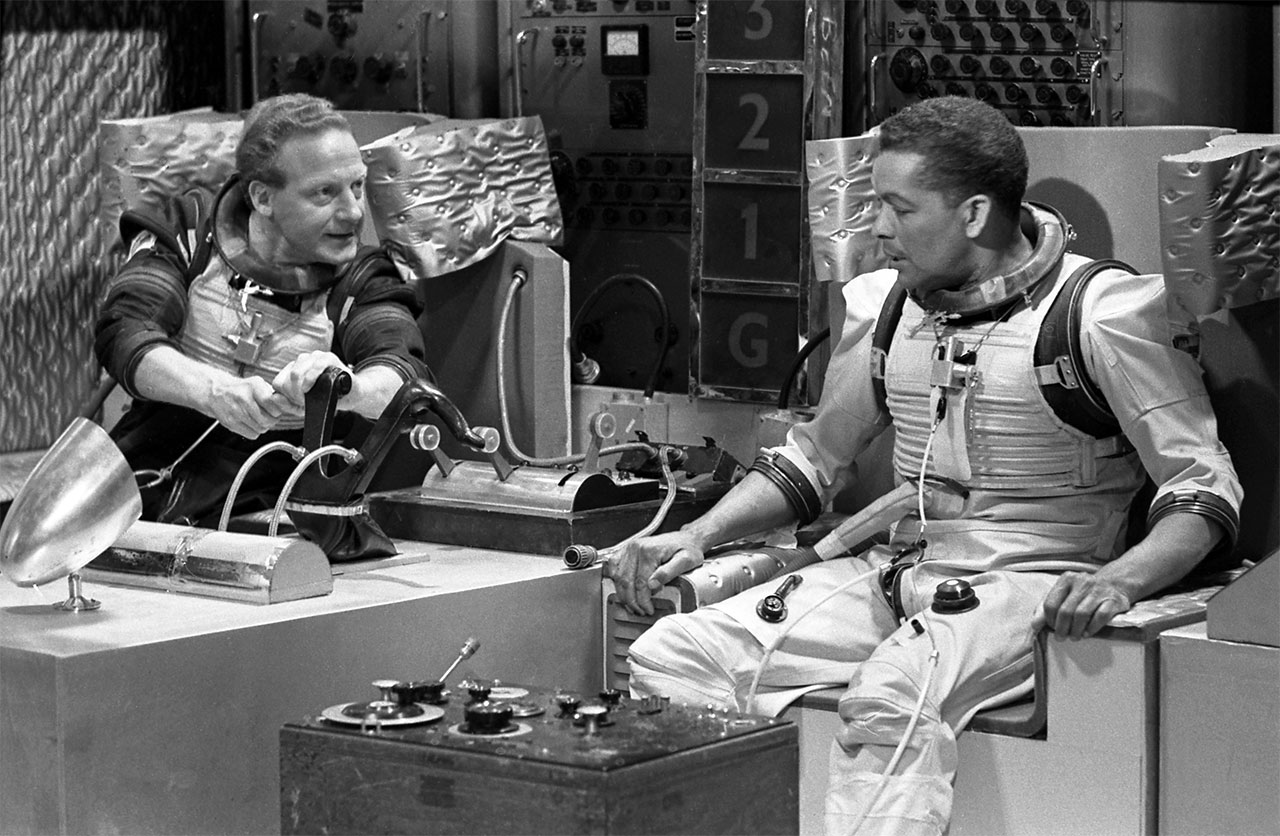 The spacesuits featured in The 'Tenth Planet' and 'The Wheel in Space' would feature in Episodes 4 to 6 of the film saga, including being worn by one of the galaxy’s most infamous bounty hunters, Bossk. 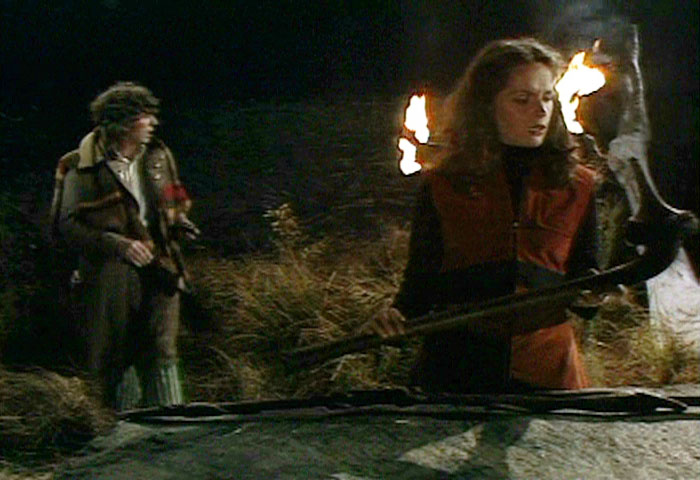 The iconic weapon of the Tusken Raiders of Tatooine, the Gaderffii, also had its origins in Doctor Who. They were based on the prop of an antique from 'The Power of Kroll'. See if you can spot it the next time you’re watching!