The latest edition of the UK television listings magazine Radio Times is out now and features Peter Capaldi on the cover and an interview inside.

PLUS! A chance to win an exclusive illustration drawn by Peter Capaldi!

Check out the details and amazing artwork below.

Twelfth Doctor actor Peter Capaldi discusses being an older Doctor, how he sees the Doctor and refutes the suggestion that it has become too complicated for children, he says:

So sometimes there is a kind of metaphysical and intellectual aspect to it, which is more to the fore than other times. But generally we just blow up monsters. There are some moments when you feel, that’s a little bit silly, or that’s a bit mawkish or whatever, but then you realise, that’s for children. You would be a fool not to play to them, because it’s their show.” 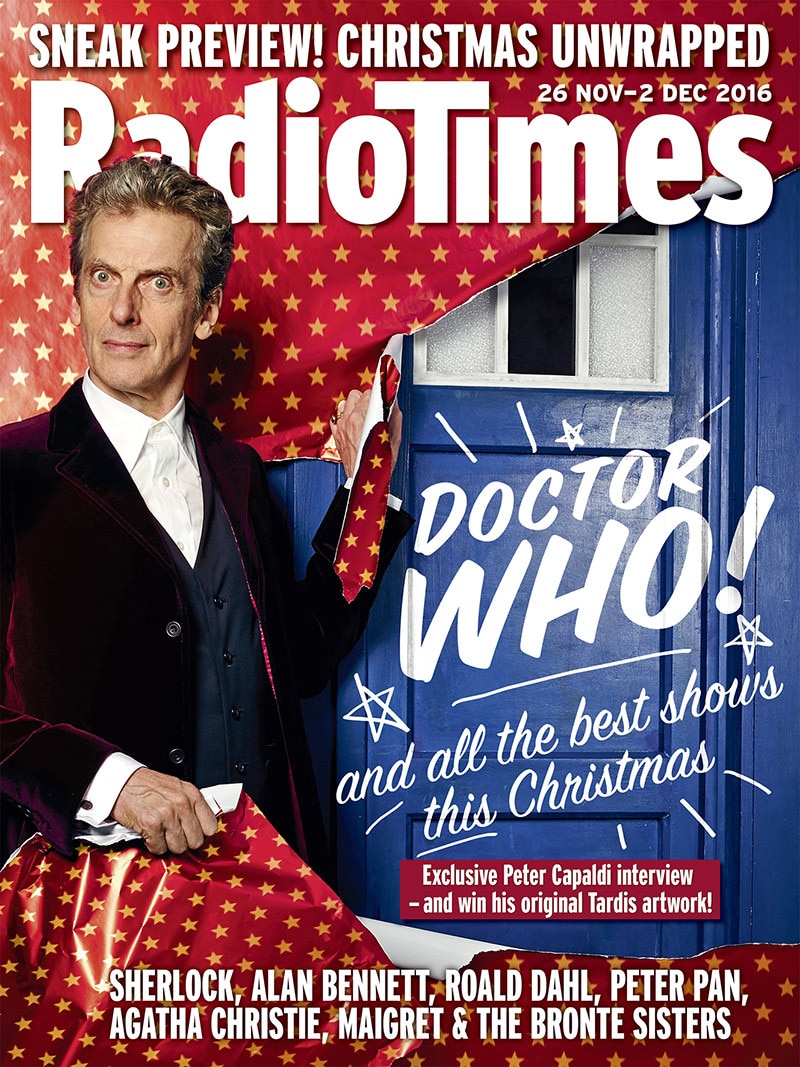 Readers can win the exclusive Peter Capaldi artwork featured in the photoshoot by answering four Doctor Who themed questions, the first of which appears in this week’s issue of , with one appearing in the next three issues – see the new issue for full details.

The Radio Times with Peter Capaldi on the cover is out now in the UK!