Titan Comics have announced details of digital Doctor Who comic which will be released on Dec 26, following on from the events of the 2016 Christmas Special, The Return of Doctor Mysterio.

Ghost Stories, the first issue available on Boxing Day, is written by George Mann (author of the War Doctor novel Engines Of War and numerous Eight and Twelfth Doctor titles from Titan Comics).

Check out the details and artwork below.

An all-new digital-first adventure for the Twelfth Doctor!

Featuring the character of the Ghost, as debuting in the 2016 Christmas Special episode, The Return of Doctor Mysterio.

Join us for an unforgettable adventure across the universe. To say any more would spoil the present you'll unwrap on Christmas Day...

So join us on the day after Christmas for the start of an amazing rollercoaster ride! 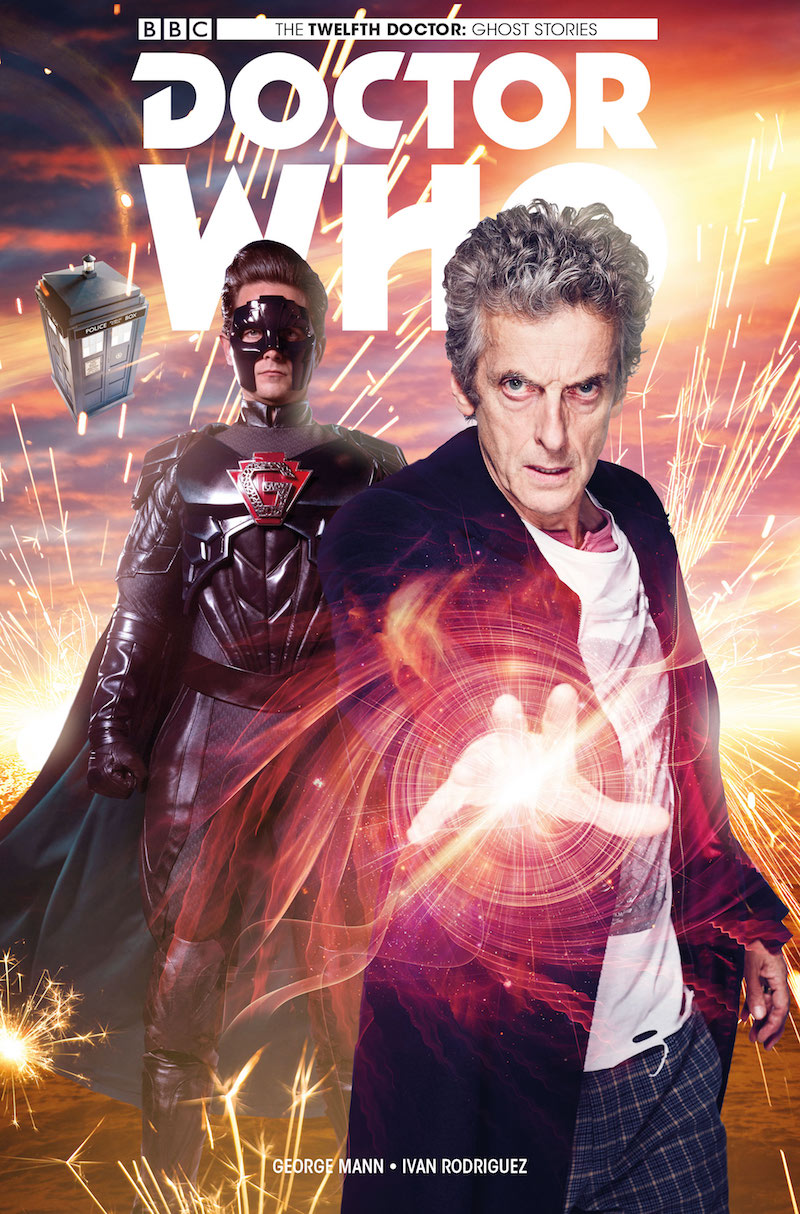