Trekkies all over the world are celebrating the 50th Anniversary of their beloved television show, Star Trek.

Whilst we congratulate them on that milestone - sidenote: we got there first! - let's have a look at some of the best references to Captain Kirk & Co. in Doctor Who.

THE 1996 TV MOVIE
Paul McGann spent a night being The Doctor but he did manage to upset a few fans with his use of the phrase, “cloaking device,” when referring to the TARDIS and its appearance. He should have, of course, used, "Chameleon Circuit". Tsk tsk.

The term “cloaking device" is synonymous with Star Trek, where ships are rendered invisible.

THE EMPTY CHILD
Tired of The Ninth Doctor’s slightly less than impressive “tech”, Rose Tyler bemoans, “Give me some Spock, for once!” in the 2005's, The Empty Child. Captain Jack Harkness was left under the impression that the Time Lord’s name is actually, “Mr. Spock”. 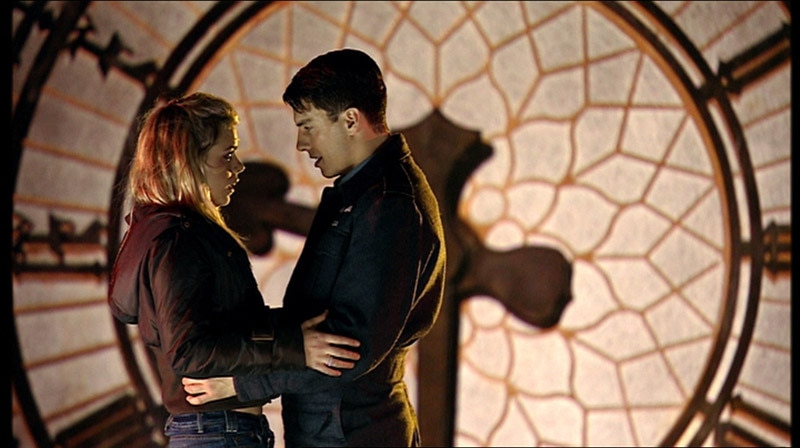 FEAR HER
In the 2006 episode Fear Her, starring David Tennant and Billie Piper, The Tenth Doctor used the Vulcan salute, made famous by Leonard Nimoy’s Spock, when he encountered Chloe Webber.

THE IMPOSSIBLE ASTRONAUT
In 2011’s The Impossible Astronaut, the TARDIS is actually “cloaked” when in The White House (see 1996 TV Movie entry above). Joy, a member of the White House staff, finds one of the Silence in the ladies' rest room and asks, “Is that a Star Trek mask?” Sadly, Joy didn’t live long or prosper. 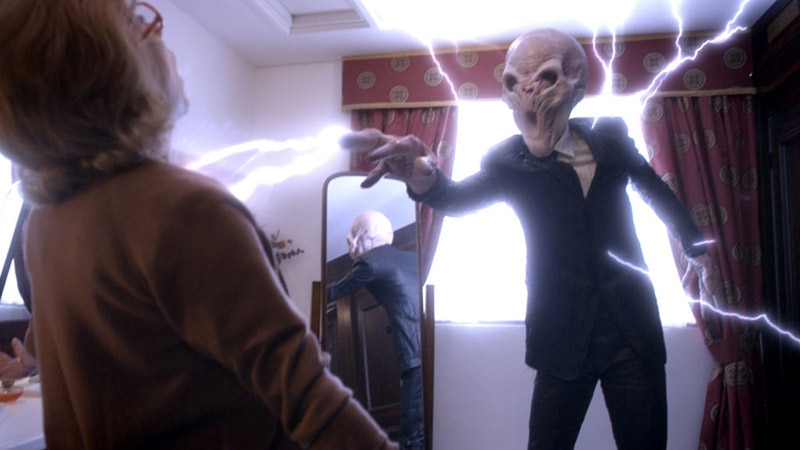 Corden’s next outing (2011's Closing Time) saw his character Craig Owens ask the the Eleventh Doctor, “A teleport like, a beam me up teleport, like you see in Star Trek?” when told that people were being teleported from a shop in his town to a Cyberman ship. 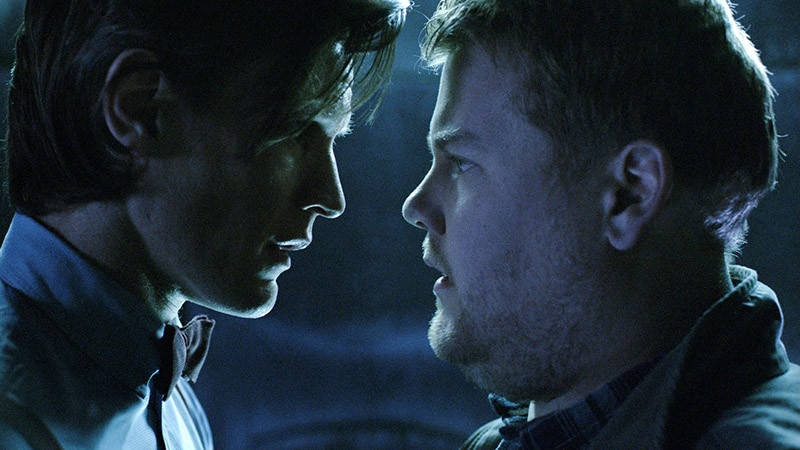 THE GOD COMPLEX
2011's The God Complex, “geek” Howie Spragg is asked, “What’s loser in K-K-K-Klingon?” by a girl when he opens “his” hotel room full of attractive young ladies. Klingons are well-known aliens in the Star Trek universe.

THE BORG
It has often been remarked upon the similarities between the Borg, first seen in Star Trek: The Next Generation, and our very own Cybermen. 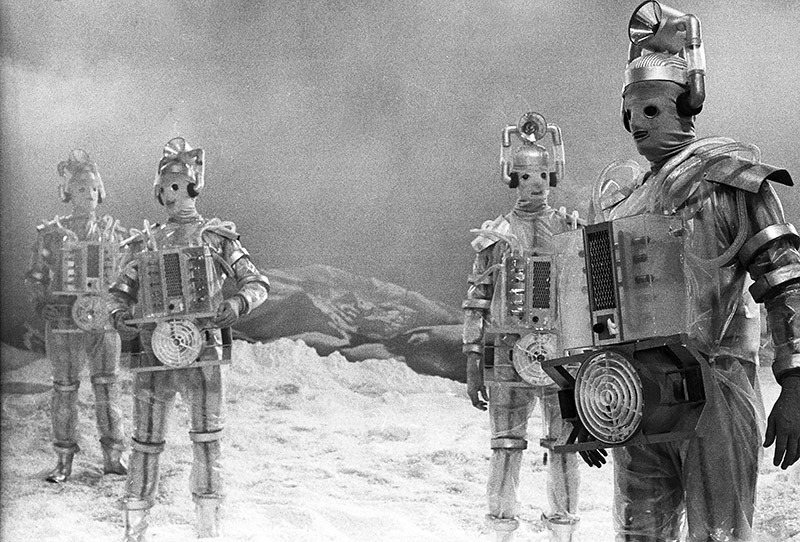 In 2010’s The Pandorica Opens, a Cyberman is heard intoning “You will be assimilated!” when attacking Amy Pond whilst 2014's Into The Dalek, Rusty maniacally states, “Resistance is futile!”; both these phrases are associated with The Borg. Coincidentally, in the latter episode, Peter Capaldi uses the words “into darkness”, a possible wink to the 2013 movie, Star Trek: Into Darkness.

VULCAN
And finally, some Who fans may be surprised to know that there's a planet called Vulcan in our very own series. Star Trek's Spock is half-Vulcan but which came first?

The planet made its debut in Doctor Who in the Second Doctor epic, The Power of the Daleks - an animated version of which is coming soon - but this was beaten by Star Trek by a matter of weeks!