Big Finish, the company behind hundreds of fantastic Doctor Who audio adventures, have announced a new range featuring the Tenth Doctor and Rose Tyler, with David Tennant and Billie Piper reprising their roles.

The set will be available in both a Limited Edition Deluxe box set, and as three individual releases. Pre-order

Listen to a trailer below.

In the second adventure, Sword of the Chevalier by Guy Adams, the Doctor and Rose arrive in Slough in 1791 and encounter Chevalier D’Eon, an enigmatic ex-spy who has lived his life as a woman. Together they must fend off alien slavers, who have come to Earth to abduct valuable humans.

Finally, in Cold Vengeance by Matt Fitton, the TARDIS arrives on Coldstar, a vast frozen food asteroid in deep space. But there is something sinister defrosting in the network of storage units… the Doctor’s old enemies the Ice Warriors! Nicholas Briggs (also the voice of the Daleks on television) plays Ice Lord Hasskor and Warrior Slaan: the actor says:

“It was such a special time for me, working with Billie and David on the TV show and it is such an honour to revisit it with them on audio.” 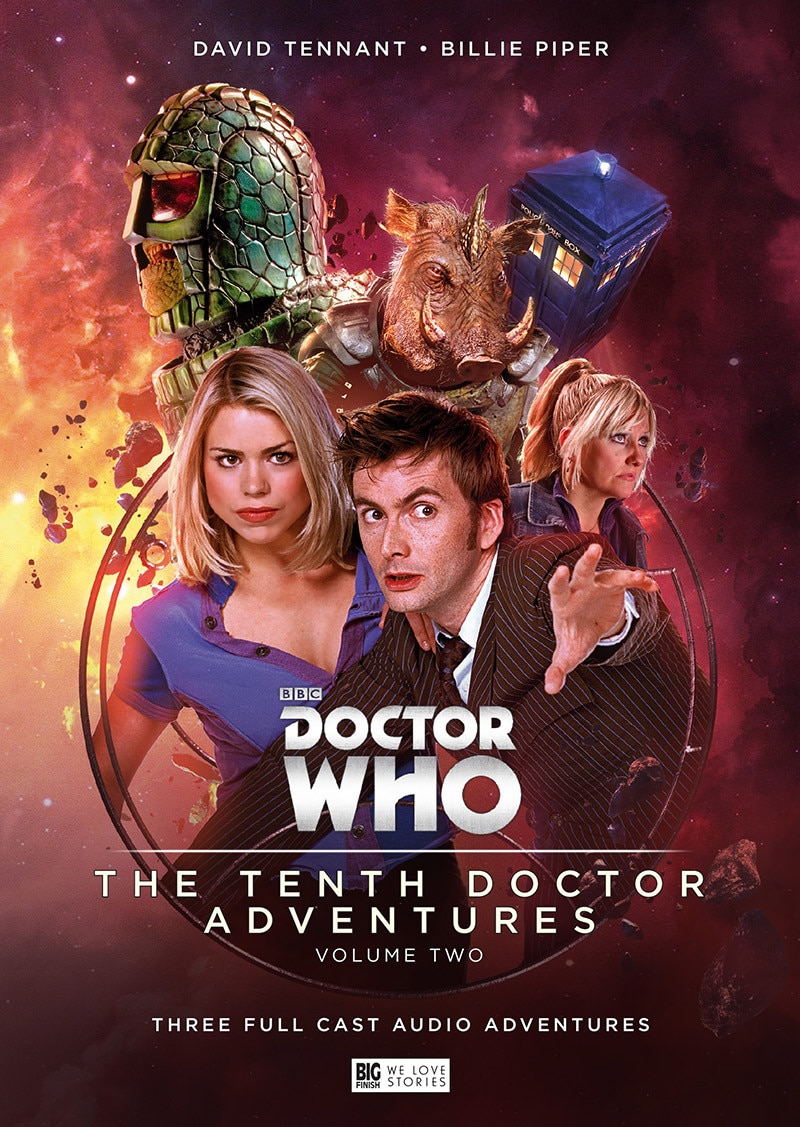