The Scientific Secrets of Doctor Who is the first official guide to the science of Doctor Who by acclaimed Doctor Who novelist Simon Guerrier and Dr Marek Kukula, the Public Astronomer at the Royal Observatory Greenwich.

The book was released on hardback last year to rave reviews and is set for a paperback version next month.

This new paperback edition also has a striking new cover from artist Martin Geraghty. Check out the full cover art below, along with the details of this fascinating and fun book. 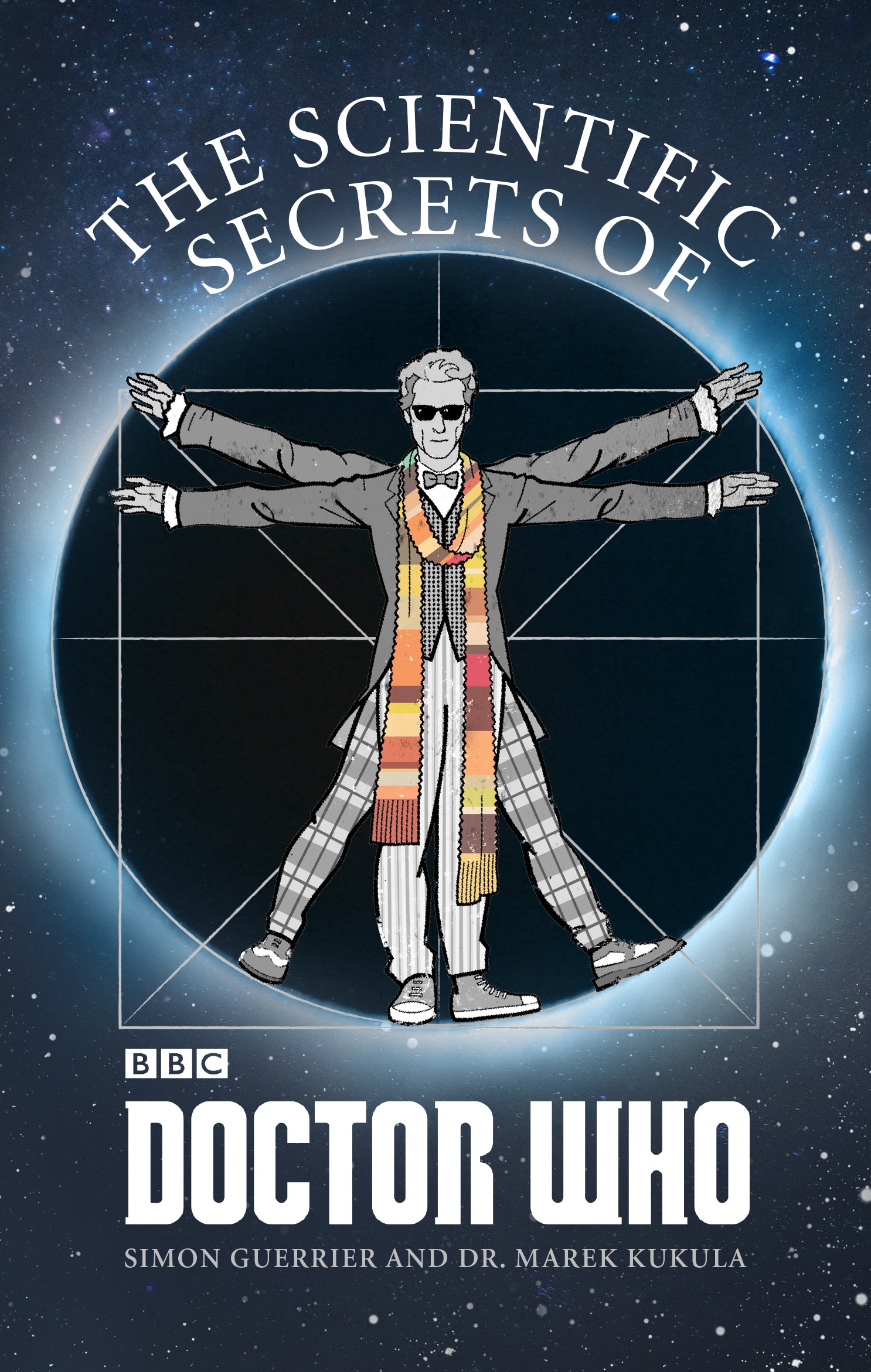 Doctor Who stories are many things: thrilling adventures, historical dramas, and science fiction tales. But how much of the science is real? And how much is fiction?

From the dawn of astronomy and the discovery of gravity to the moon landings and string theory, the authors show how science has inspired Doctor Who, and how, on occasion, life has mirrored art, such as the 1989 discovery of ‘ice-canoes’ on Triton which were featured in the 1973 story, Planet of the Daleks.

For example, did you know...

• The creation of the Cybermen in The Tenth Planet in 1966 was prompted by two American neuroscientists who argued that astronauts’ bodies should be adapted to suit the conditions of space.

• The failure of Beagle 2 to land on Mars on Christmas Day 2003 influenced the loss of Guinevere One at the start of The Christmas Invasion.

• The many parallel universes that feature in Doctor Who, from Inferno to Rise of the Cybermen are inspired by a reaction to the Schrodinger’s Cat theory: that a new universe is created for each different outcome.

• The startling resemblance between Amelia Pond and the Twelfth Doctor and two characters from The Fires of Pompeii isn’t simply due to the actors returning to the series: it might be grounded in science as well.

• Time Lords aren’t the only beings able to regenerate – when the turritopsis dohrnii jellyfish gets ill, old, or faces danger, it can return to its childhood state as a polyp.

The Scientific Secrets of Doctor Who is released on paperback in the UK on July 7, 2016