"Following an emergency landing, the TARDIS arrives on a remote world orbiting a peculiar star – a pulsar which exerts an enormous gravitational force, strong enough to warp time. On further exploration the Doctor and his friends, Jamie and Zoe, discover a human outpost on the planet’s surface, inhabited by scientists who are there to study an ancient city. The city is apparently abandoned, but the scientists are at a loss to explain what happened to its sophisticated alien architects. The Doctor discovers that something dark, silent and deadly is also present on the world – and it is slowly closing in on the human intruders..."

listen to ‘Doctor Who: Shadow Of Death Sample’ on Audioboo

Doctor Who: Shadow of Death (Destiny of the Doctor 2) is an original adventure by Simon Guerrier, the creator of the science fiction series Graceless, and is available as a CD or download. It’s performed by Frazer Hines who played Jamie and Evie Dawnay (Wire in the Blood). The series is produced for AudioGO by Big Finish Productions.

Visit AudioGO’s Destiny of the Doctors page to download. 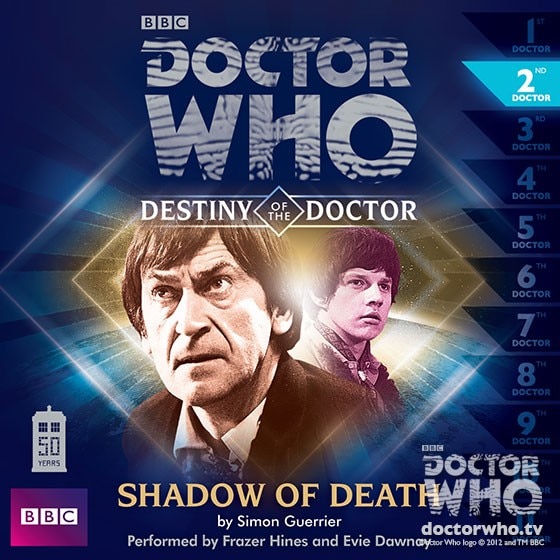