In the latest edition of Doctor Who Magazine – issue 520, out on Thursday – Pearl Mackie talks about the “epic” Christmas Special whilst showrunner Steven Moffat reveals he missed Bill so brought her back.

Pearl tells DWM 520 that after she completed filming this year’s finale, The Doctor Falls, she thought that the character of Bill was “wrapped up.” But then a call from Steven after Series 10 finished shooting brought her back for one more outing.

Moffat, who also leaves Doctor Who after the 2017 Christmas Special, said:

“I was 20 pages in to the script, and I thought, ‘I need Bill here. There isn’t a witness for this. The Captain [played by Mark Gatiss] isn’t quite right as the witness. I want to hear what Bill would say.’ I needed that voice back in the show. I just did.

I missed her terribly. I missed the way Bill reacted to things. Also, if the Twelfth Doctor’s got someone as forthright and irreverent as Bill, you really want the First Doctor to meet her! [Laughs]”

On Bill’s final story for Doctor Who, Pearl enthused to Doctor Who Magazine:

I think it’s going to be quite emotional. It’s definitely going to tug on some heartstrings, for sure. It was quite emotional at the end of Series 10, to be honest, but this is something else.

There are a lot of ups and downs for the Doctor, and it’s quite a journey for him. It’s going to be interesting to see how people respond.”

You can read the full interview with Pearl Mackie and Steven Moffat in the latest issue of Doctor Who Magazine, along with a Christmas Special preview and much, much more. 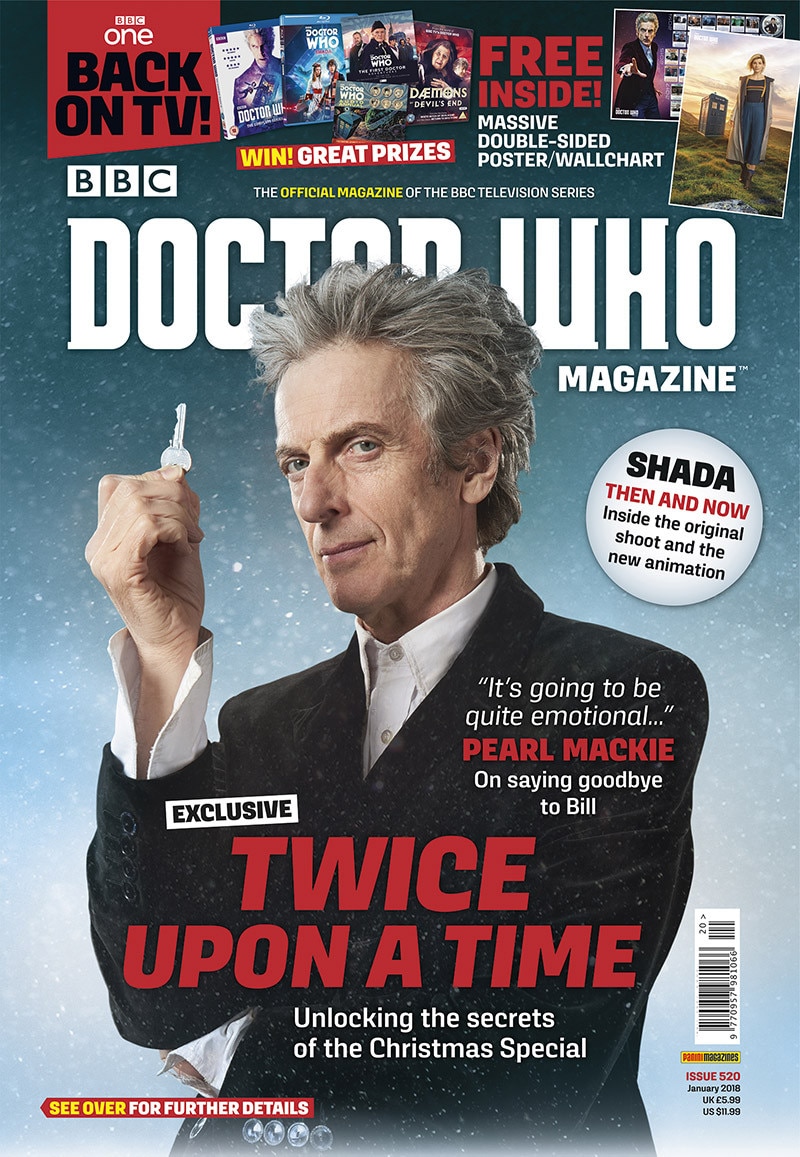