We trawl through the trivia of The Caretaker, in case you missed it...

The Caretaker was almost entirely set at the school where Clara works - Coal Hill in Shoreditch, East London. It's a place we've been a few times in the current series, and in The Day of the Doctor, but it was also an important location in the very first episode of Doctor Who. Back in 1963, Coal Hill was the school attended by Susan Foreman, the Doctor's granddaughter, and her curious teachers Ian and Barbara. 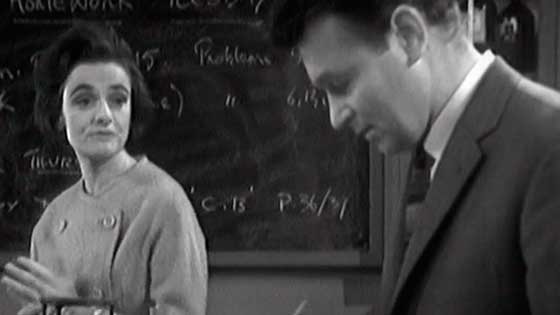 He returned to the school in his seventh body at around the same time in history, to prevent the meeting of two Dalek factions becoming a war that could wipe out life on Earth. It was during this trip he was asked by the then headmaster if he was applying for the job of school caretaker...

It's not the first time the Doctor has posed as a member of staff to investigate odd occurrences at a school. The Tenth Doctor posed as a physics teacher (with Rose Tyler keeping an eye on the kitchens as a dinner lady) when investigating hyper-intelligent children at Deffry Vale school. 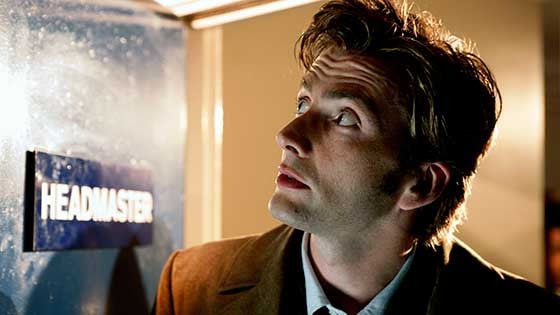 And going one further, by using a chameleon arch, he was able to completely rewrite his DNA from Time Lord to human, and pose as an Edwardian schoolmaster to hide from the Family of Blood.

Over the years, this mysterious substance has been referenced many times in the series. We've learned that Time Lords are rich in the stuff, with the Doctor having "particularly high reserves" (The Deadly Assassin, 1976). House fed on it from all the TARDISes he munched his way through (The Doctor's Wife, 2011), and time travellers seemed able to build up reserves of it in their bodies, enabling the stranded Dalek to feed on Rose’s Arton energy (Dalek 2005), and a touch from Mickey accidentally powering up the Genesis Ark (Doomsday, 2006) 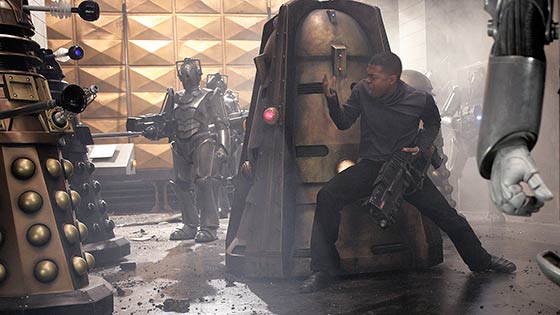 The TARDIS seemingly both requires Artron energy (Four to Doomsday, 1982) and exhausts it upon landing (The Power of Three, 2012). The latter means that the Doctor's repeated landings at Coal Hill have left an Artron trace, which is what attracts the deadly Skovox Blitzer...

Despite his inability to accept a soldier becoming a maths teacher, like Danny has, one of the Doctor's best friends has already achieved this. Former Brigadier, Alistair Gordon Lethbridge-Stewart retired from UNIT to teach maths at a public boys school (Mawdryn Undead, 1983), proving that a soldier can do sums! 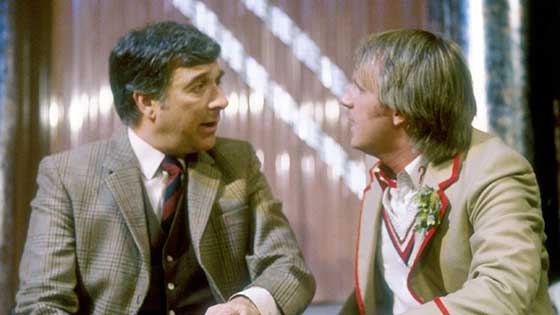 You may not have noticed him under all that armour and scuttling legs, but playing the Scovox Blitzer was Jimmy Vee. A 3'8" actor, Vee has played numerous small monsters in Doctor Who and its spin off shows, including the Groske, the Graske, the Slitheen's space pig, Titantic passenger Bannakaffalatta, and the Moxx of Balhoon from The End of the World. 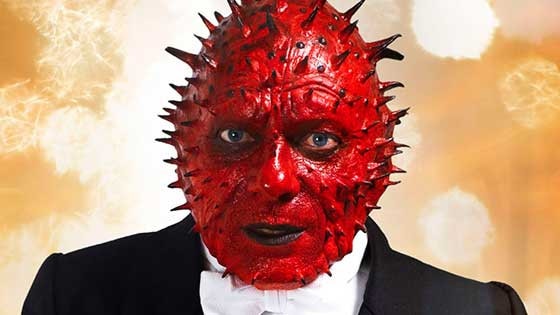