In Case You Missed it, here's our trivia guide to Listen...

The squidgy bit of the TARDIS console finally sees some use in Listen - and we learn that it’s the Telepathic Circuits. The circuits featured heavily at the start of Third Doctor adventure Planet of the Daleks, where a wounded and barely-consciouss Doctor uses them to send a message to the Time Lords. It was seen more recently when Idris - the physical embodiment of the TARDIS - made contact with Rory and Amy, who’d been trapped by the House.

The Doctor knocks little Rupert out, using his “Dad skills” to give him a “big old dream about being Dan the soldier man”. 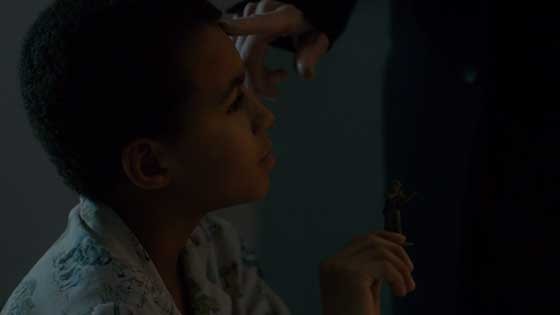 The Doctor’s family has long been the subject of speculation. He was seen stealing a TARDIS and escaping Gallifrey with his granddaughter Susan in The Name of the Doctor, but nothing more is known of the family she came from. Since then, we know that he’s married Elizabeth I, Marylin Monroe and River Song, and had a “daughter” cloned from him (The Doctor’s Daughter). The most eloquent the Doctor has ever been on the subject was when comforting a frightened and recently orphaned Victoria on Telos, in 1967’s The Tomb of the Cybermen:

When the Doctor wakes up from a bump on the head, he shouts “Sontarans perverting the course of history!” at an unsuspecting Orson Pink. This echoes the first line of the Fourth Doctor, who shouts the same line at the Brigadier and Sarah. It’s probably a reference to the 1973 adventure - The Time Warrior - where Sontaran Linx crash-landed in 13th century Earth and kidnapped present day scientists in an effort to escape.

Those pesky telepathic circuits play up a second time, and take Clara to a familiar looking barn and a small, crying boy. Perhaps he is the “lonely little boy” Madame de Pompadour saw when she looked into the Doctor’s mind (The Girl in the Fireplace), because this is the barn that, on the Doctor’s darkest day, he would revisit:

Clara whispers to the young Doctor that “fear makes companions of us all”. 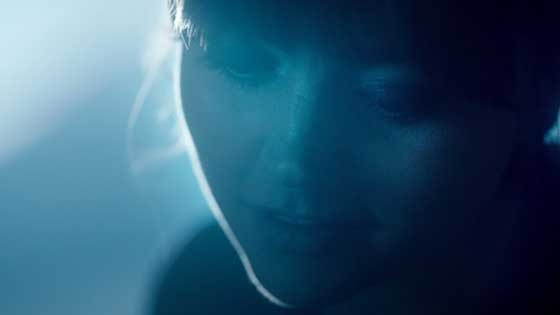 Many years in his future (but in the show’s past!) the First Doctor says the same line to a frightened Barbara, as they attempt to escape certain death in the Cave of Skulls, in the first ever adventure An Unearthly Child.

The Bank is now open. Make sure you tune in for :