Enjoyed Into the Dalek? Read on to find out more about good men and good Daleks, In Case You Missed It.... 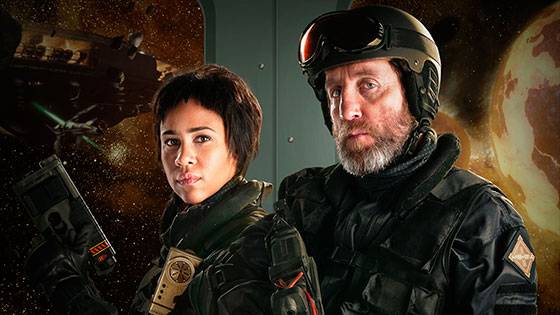 Colonel Blue is right to be worried that the Doctor may be a Dalek duplicate, because the metal meanies have got previous form. The Daleks successfully created a robot duplicate of the First Doctor to infiltrate and kill the real Doctor and his companions - but fortunately they saw through the ruse. Several incarnations later, they tried again, attempting to clone the Fifth Doctor and use his duplicate to assassinate the High Council of Gallifrey. See Dalek duplicate Stien attempting to copy the Doctor’s memories:

“Clara be a pal” asks the Doctor. “Am I a good man?"... There’s been a long history of this title being applied to the Doctor. When dying on Karn and still refusing to fight in the Time War, the Eighth Doctor said he hoped that his name was synonymous with being as “good man” (The Night of the Doctor). Several incarnations later, Father Octavian told the Eleventh Doctor that River Song was in his custody because she had killed “a good man”, but refused to confirm his identity (Flesh and Stone). Later, on the eve of the Doctor’s battle against Madame Kovarian, Dorium Maldovar quoted and old saying “Demons run when a good man goes to war” - and go to war he did:

The Doctor and the Daleks

“All those years ago when I began, I was just running. I called myself the Doctor, but it was just a name. And then I went to Skaro. And then I met you lot. And then I understood who I was.” 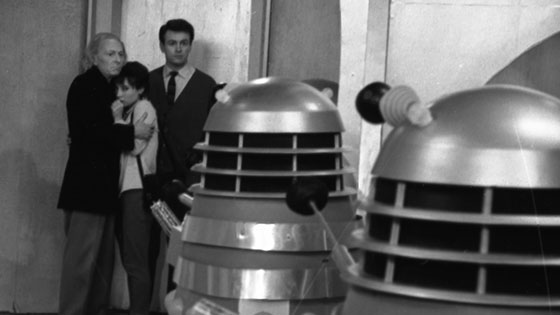 This reference harks back to the series’ second adventure - The Daleks - where the First Doctor and his companions arrive on a seemingly dead planet, ruined by nuclear war. But hiding in a beautiful city, the scarred and mutated survivors have retreated to metal war machines. They operate without mercy or pity. The Doctor comes to define himself as the opposite of everything Dalek - “The Doctor was not the Daleks.”

It’s not the first time the Doctor has been complimented on his excellent Dalek-y qualities:

Make sure you tune in for Robot of Sherwood: