BBC Worldwide has announced details of a new Blu-ray box set including Tom Baker's very first season as the Doctor.

For fans of Doctor Who and collectors of Classic Who seasons, the Blu-ray has limited edition packaging with artwork by Lee Binding and has been restored and up-scaled to HD by Peter Crocker and Mark Ayres. This new release also includes a wealth of new bonus content.

Season 12, Tom Baker’s first as the Doctor, features five stories over 20 episodes, Robot, The Ark In Space, The Sontaran Experiment, Genesis of the Daleks and Revenge of the Cybermen. The Doctor is accompanied in this season by Sarah Jane Smith (Elisabeth Sladen) and Harry Sullivan (Ian Marter) and was first broadcast between December 1974 and May 1975.

The new Blu-ray release includes existing bonus material from the original DVDs as well as the brand new features below:

TOM BAKER IN CONVERSATION
A candid new one-hour interview with the Fourth Doctor.

NEW MAKING-OF DOCUMENTARIES
For The Sontaran Experiment and Revenge Of The Cybermen.

IMMERSIVE 5.1 SURROUND SOUND MIXES
For The Ark In Space and Genesis Of The Daleks.

GENESIS OF THE DALEKS - OMNIBUS MOVIE VERSION
Unseen since broadcast in 1975.

THE TOM BAKER YEARS
The 1991 VHS release on disc for the first time. 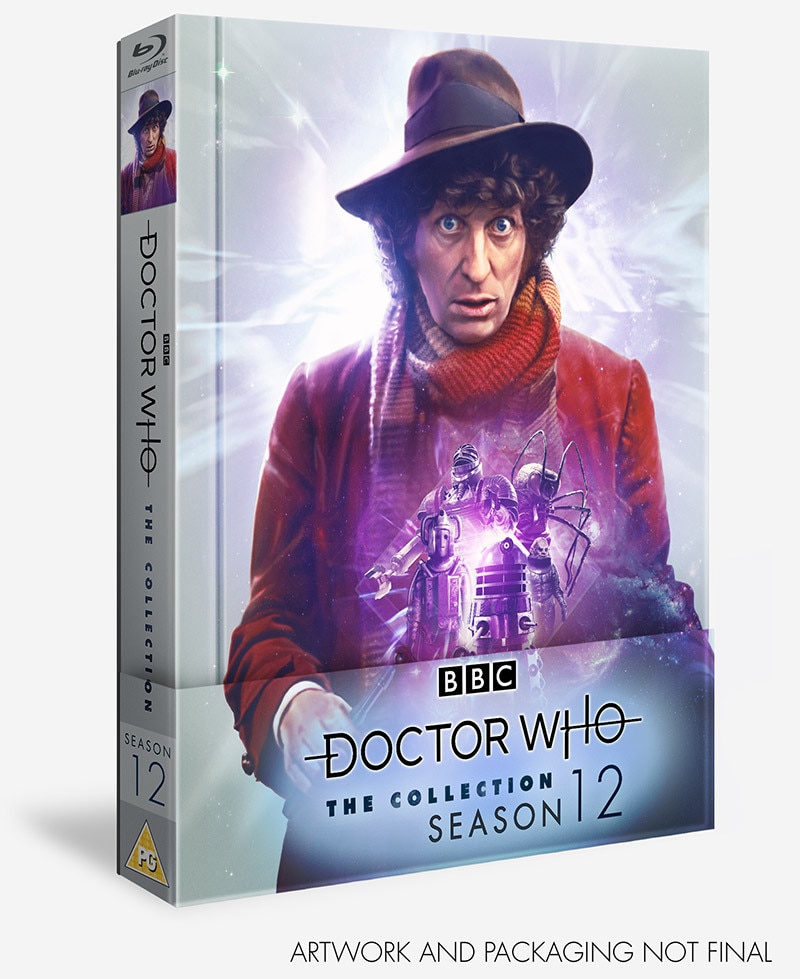 Doctor Who: The Collection – Season 12 is available in the UK from July 2, 2018 – pre-order here.
Details of the release internationally will follow.