When you can travel through all of time and space, you’re bound to pick up the odd nugget of knowledge along the way. The Doctor often shares their wisdom, laying down a guide to how to live your best life. Here are 30 insightful quotes from the Doctor, and what inspired them.

The Thirteenth Doctor, The Tsuranga Conundrum
Attempting to rid the Tsuranga ship of a Pting, the Doctor needed the crew to be a little more imaginative.

“Letting it get to you. You know what that’s called? Being alive. Best thing there is. Being alive right now is all that counts.”

The Eleventh Doctor, The Doctor's Wife
The Doctor had these reassuring words for Rory after they survived their encounter with the TARDIS eating House.

“There’s no point in being grown up if you can’t be childish sometimes.”

The Fourth Doctor, Robot
Bunking off from UNIT responsibilities, the Doctor had this retort for Sarah when she said that was a childish thing to do.

"When did you last have the pleasure of smelling a flower, watching a sunset, eating a well-prepared meal?”

The Fifth Doctor, Earthshock
Confronting the Cyber-Leader, the Doctor was quick to point out the limitations of the Cybermen.

The Twelfth Doctor, Thin Ice
The Doctor tried in vain to make Lord Sutcliffe see the error in putting his own wealth above the lives of other people.

“Time travel is like visiting Paris. You can't just read the guidebook. You've got to throw yourself in! Eat the food, use the wrong verbs, get charged double and end up kissing complete strangers! Or is that just me?”

The Ninth Doctor, The Long Game
Arriving on Satellite 5, the Doctor shared his philosophy on how to do time travel properly. 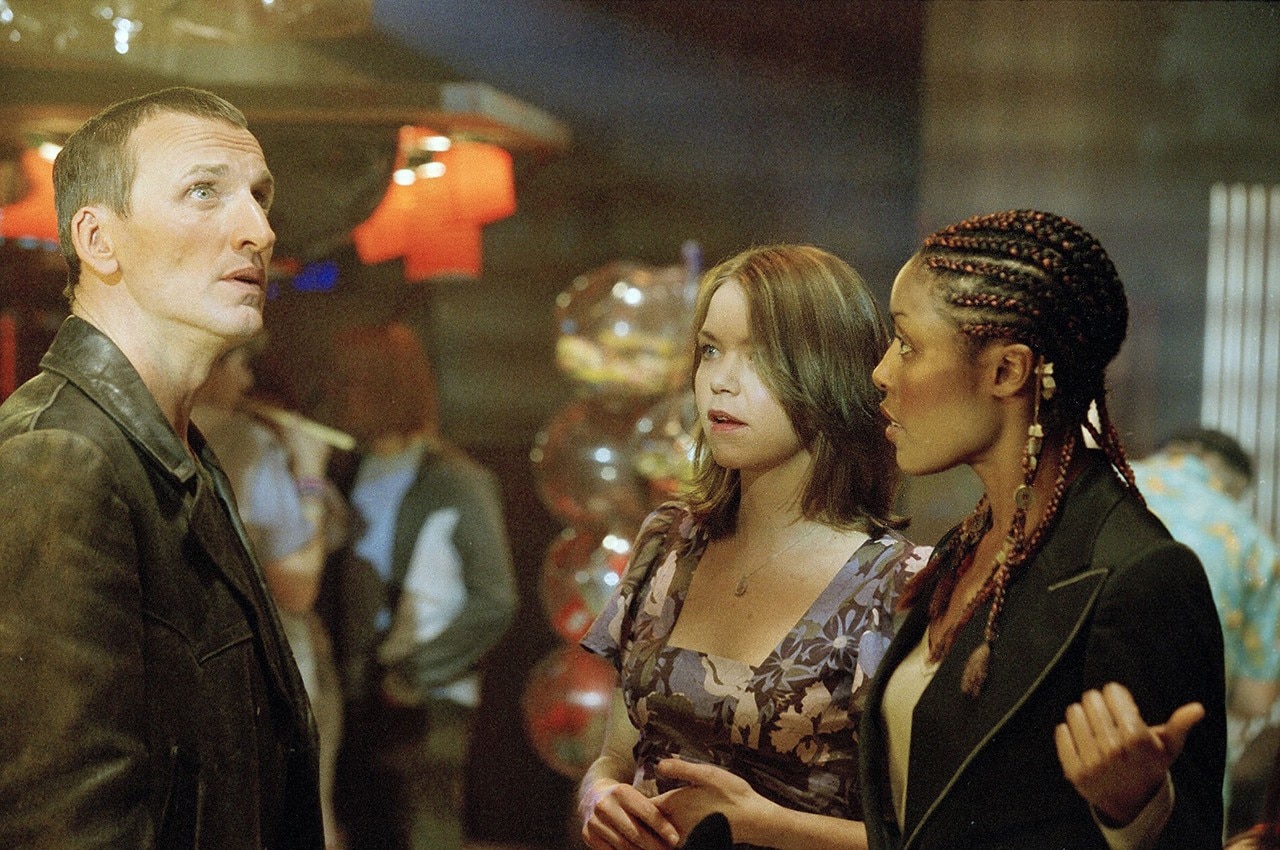 "I'm not running away from things. I'm running to them before they flare and fade forever. That's all right. Our lives would never remain the same. They can't. One day, soon, maybe, you'll stop. I've known you for a while.”

The Eleventh Doctor, The Power of Three
When Amy told the Doctor that travelling with him felt like running away, the Doctor had a different view on the matter.

“There’s always something to look at if you open your eyes!”

The Fifth Doctor, Kinda
This little gem was aimed at Tegan, who wasn’t too keen on the where they had landed.

“Lives change worlds. People can save planets or wreck them. That’s the choice. Be the best of humanity.”

The Thirteenth Doctor, Orphan 55
Having seen one possible future for the Earth, the Doctor had this uplifting message for team TARDIS.

“Life depends on change, and renewal.”

The Second Doctor, The Power of the Daleks
Following his regeneration, the Doctor pointed out that change isn’t necessarily a bad thing.

“Some people live more in 20 years than others do in 80. It’s not the time that matters, it’s the person.”

The Eleventh Doctor, Vincent and the Doctor
After returning Vincent Van Gogh, the Doctor reassured Amy that they made a difference, even if they didn’t change the course of history. 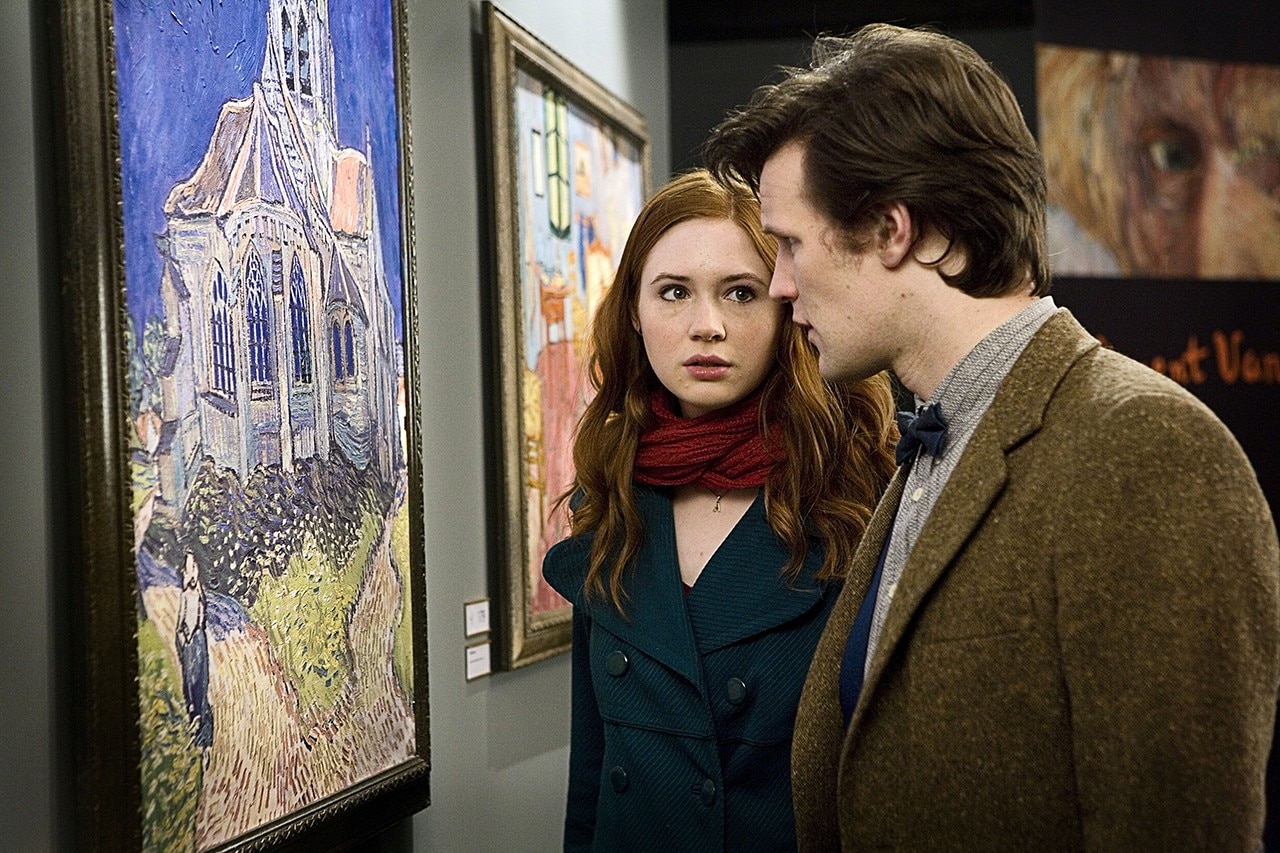 “Nothing’s sad until it’s over, and then everything is.”

The Twelfth Doctor, Hell Bent
The Doctor lamented the loss of Clara, unbeknownst to him, to Clara herself!

“Everything’s got to end sometime. Otherwise, nothing would ever get started.”

The Eleventh Doctor, A Christmas Carol
The Doctor consoled Amy after she realised it was the last Abigail and Kazran would see each other.

"Love, in all its forms, is the most powerful weapon we have. Because love is a form of hope. And like hope, love abides. In the face of everything"

The Thirteenth Doctor, Demons of the Punjab
The Doctor officiated the wedding of Yaz's granny Umbreen and Prem before the Partition of India.

“You want weapons? We’re in a library! The best weapons in the world!”

The Tenth Doctor, Tooth and Claw
Trapped in a locked room, while being hunted by a werewolf, the Doctor knew everything wasn’t as bleak as it first appeared.

The Eleventh Doctor, The Big Bang
In resetting the universe, the Doctor imparted one final piece of advice for Amelia Pond.

“Courage isn’t just a matter of not being frightened, you know. It’s being afraid and doing what you have to do anyway.”

The Third Doctor, Planet of the Daleks
Locked up in a cell, the Doctor corrected Codal when the scientist claimed he wasn’t a courageous man. 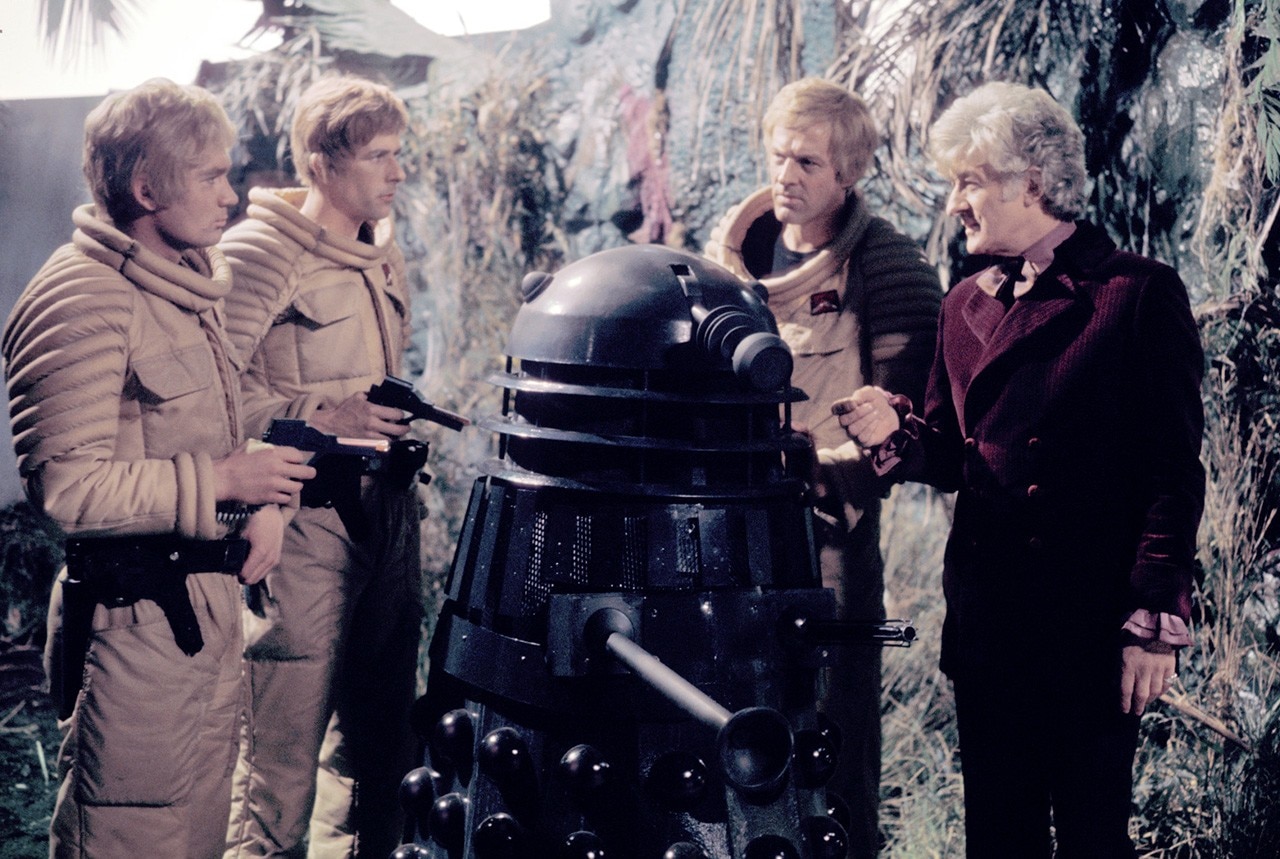 "We’re capable of the most incredible change. We can evolve while still staying true to who we are. We can honour who we’ve been and choose who we want to be next. Now’s your chance.”

The Thirteenth Doctor, The Woman Who Fell to Earth
The Doctor faced off against Tzim-Sha on a crane, giving him a final chance to bring an end to his villainous scheme.

The Eleventh Doctor, The Doctor, the Widow and the Wardrobe
When Madge Arwell didn’t know why she kept yelling at her children, the Doctor knew it was because she had some terrible news to tell them.

“Never be cruel. Never be cowardly. Hate is always foolish. Love is always wise. Always try to be nice, but never fail to be kind.”

The Twelfth Doctor, Twice Upon a Time
Before regenerating, the Doctor had a message for his next incarnation.

“Sometimes, the only choices you have are bad ones, but you still have to choose.”

“I could show you everything if you stop being afraid of what you don’t understand.”

The Thirteenth Doctor, The Witchfinders
While the Doctor normally gets along with famous historical figures, King James the First required a little more convincing!

“Every great decision creates ripples, like a huge boulder dropped in a lake. The ripples merge and rebound off the banks in unforeseeable ways. The heavier the decision, the larger the waves, the more uncertain the consequences.”

The Seventh Doctor, Remembrance of the Daleks
In the midst of a war between two Dalek factions, the Doctor found time to gather his thoughts in a café and reflect on his decision to hide the Hand of Omega on Earth. 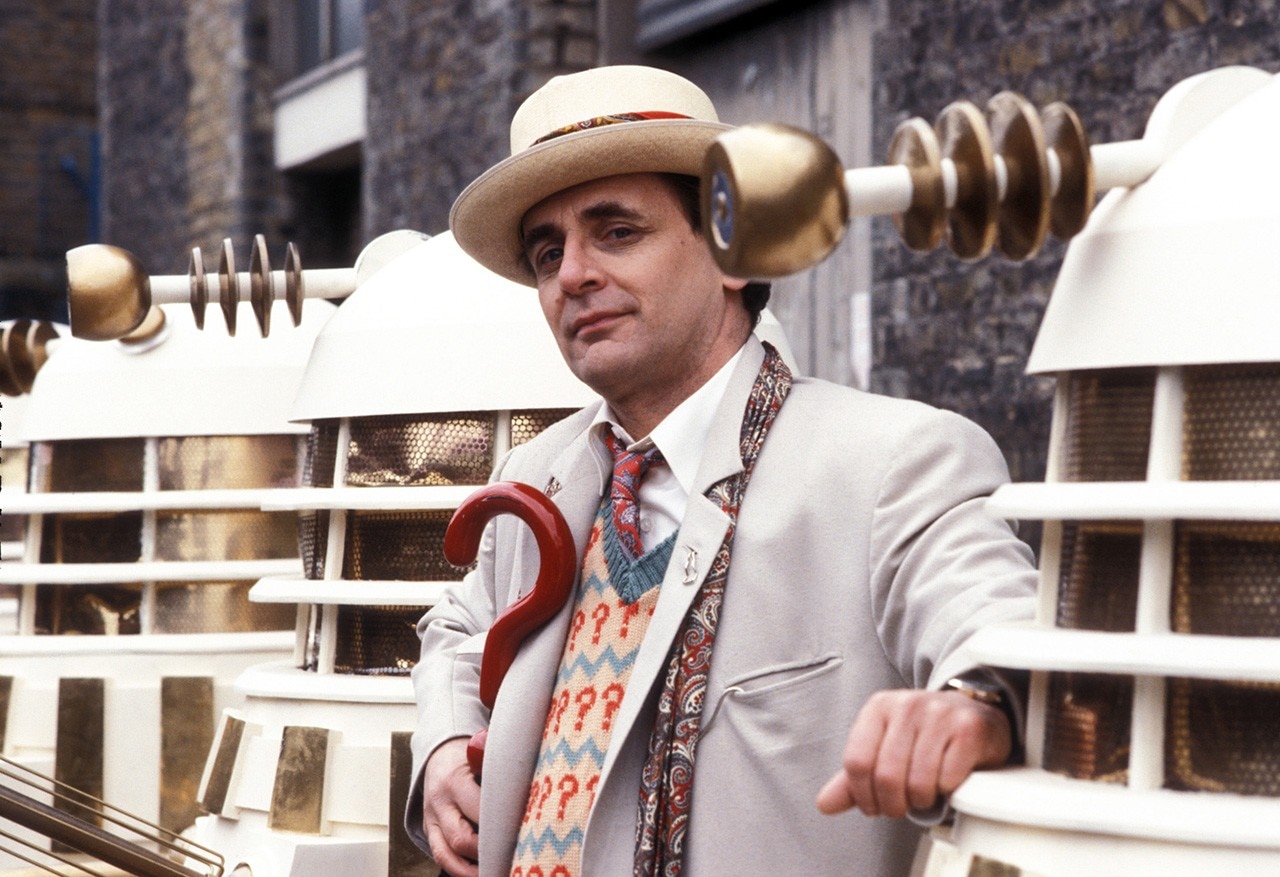 “A straight line may be the shortest distance between two points, but it is by no means the most interesting.”

The Third Doctor, The Time Warrior
Another top travel trip from the Doctor, this time to brush off an order from the Brigadier.

The Seventh Doctor, Remembrance of the Daleks
When Ace pointed out she wouldn’t be happy having a bunch of Daleks following her, the Doctor took the opportunity to turn it into a compliment.

“In 900 years of time and space, I’ve never met anyone who wasn’t important”

The Eleventh Doctor, A Christmas Carol
Kazran dismissed Abigail as “nobody important,” a statement the Doctor thought was fundamentally wrong.

“There must be no regrets, no tears, no anxieties. Just go forward in all your beliefs, and prove to me that I am not mistaken in mine.”

The First Doctor, The Dalek Invasion of Earth
Parting ways with his granddaughter Susan, the Doctor had these final words of wisdom for her.

The Twelfth Doctor, The Doctor Falls
Facing certain death, the Doctor tried to appeal to the Master for help.

The Eleventh Doctor, at every opportunity he could say it!
Eternally sound sartorial advice.