The new trailer for Doctor Who Series 10 is out now — watch it here — and reveals a tantalising glimpse of what’s to come next month from the Twelfth Doctor, Nardole and new companion Bill.

The new series, starring Peter Capaldi, Matt Lucas and newcomer Pearl Mackie, starts around the world from April 15 and, as we can see from the new footage, there’s lots to get excited about.

Have a look at what we noticed below in the new Series 10 trailer. 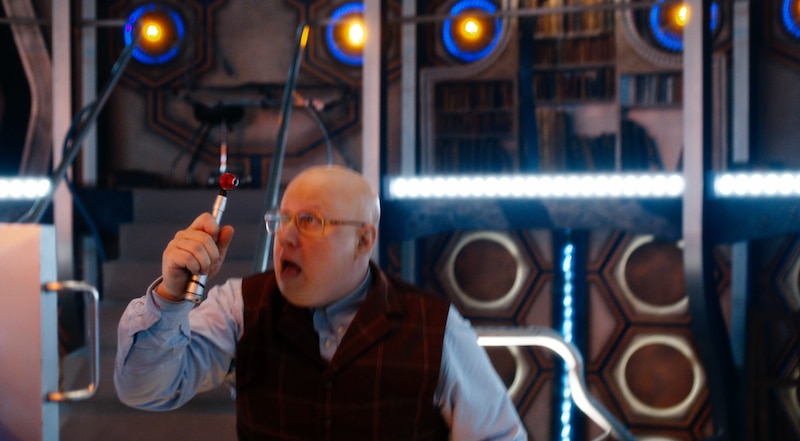 Fans of ‘classic’ Who might recognise an old friend - the Fourth Doctor’s Sonic Screwdriver. In the trailer we see Nardole receive one flying through the TARDIS. Wonder what he gets up to with it? 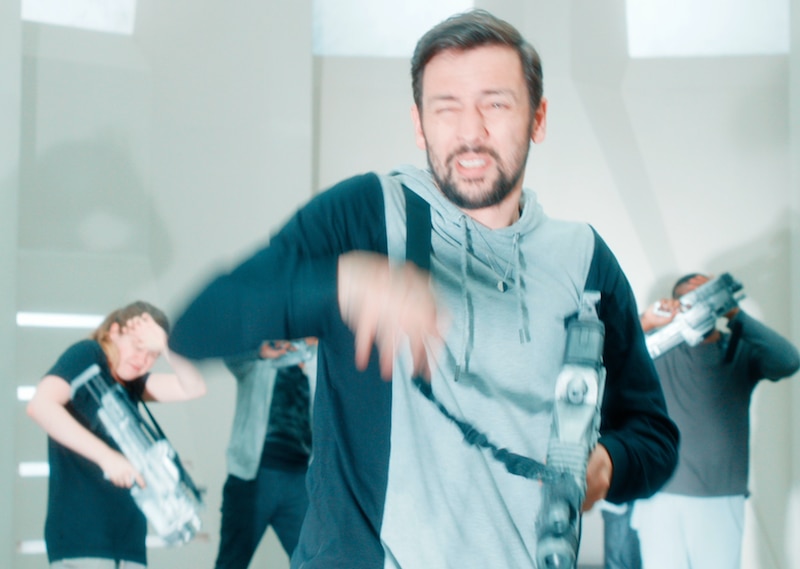 The actor, known for his roles in the BBC comedies The Royle Family and Two Pints of Lager and a Packet of Crisps, makes his Doctor Who debut in Episode 2 of Series 10. Starring alongside Little is Mina Anwar, who played Gita Chandra (mother of Rani) in the Doctor Who spin-off series, The Sarah Jane Adventures. The ep also features…

This ep is written by the brilliant Frank Cottrell-Boyce (In The Forest Of The Night) and is set in the future. We do love the look of these robots which, we assume, aren’t always smiley or heart eyes… Location filming took place in Valencia, Spain. 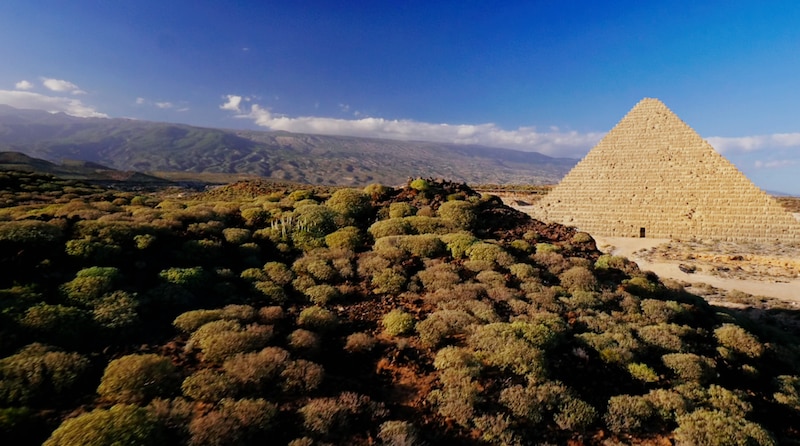 These structures have popped up in Doctor Who many times over the years, from the First Doctor epic, The Daleks' Master Plan, to the Eleventh Doctor adventure, The Rings of Akhaten. Crucially, whenever they appear, it can’t be good for the Doctor.

We all love a spacesuit, right? Since the Tenth Doctor era, we’ve enjoyed the reappearance of an orange one but it seems the Twelfth Doctor and Bill are sporting a new design. We likey.

We knew she was back already — and destined to appear in the finale — but we were surprised to see her in a new outfit. And she appears to be in some kind of containment unit. Wonder why? 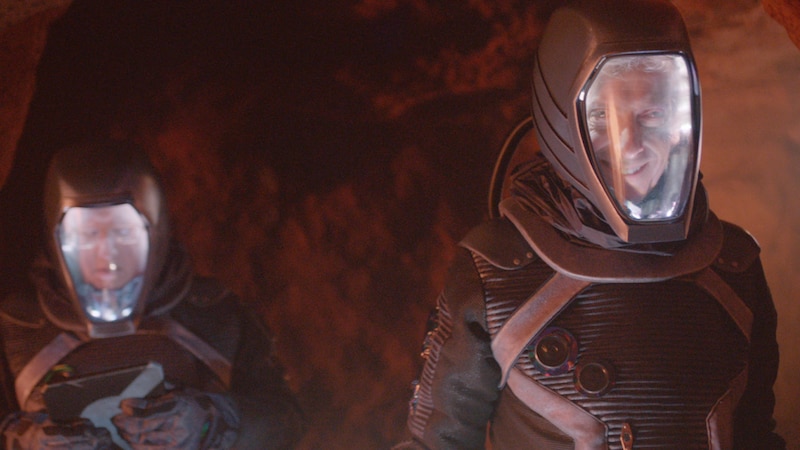 Bill seems quite excited to be on the red planet. We’re sure the Doctor hasn’t forgotten the events of 2009’s The Water Of Mars and, sadly for our heroes, it looks like they’re going to meet… 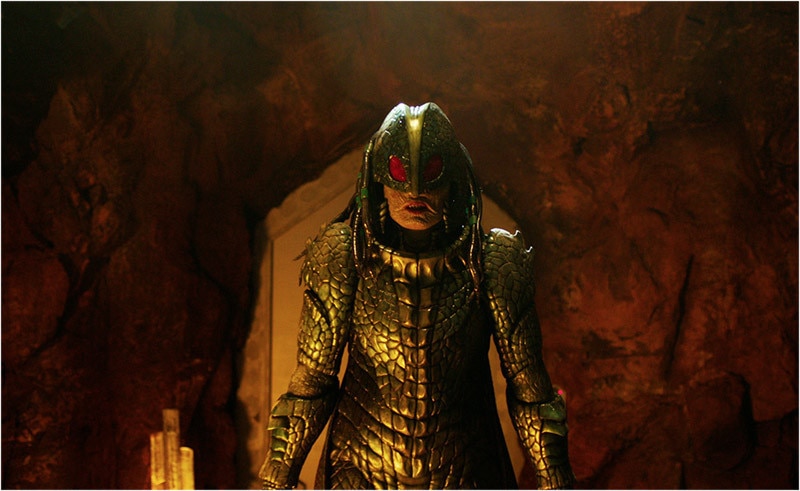 Some time ago, writer Mark Gatiss teased his episode would feature a “new” kind of Ice Warrior - is this it? This inhabitant of Mars does have a feminine look going on. 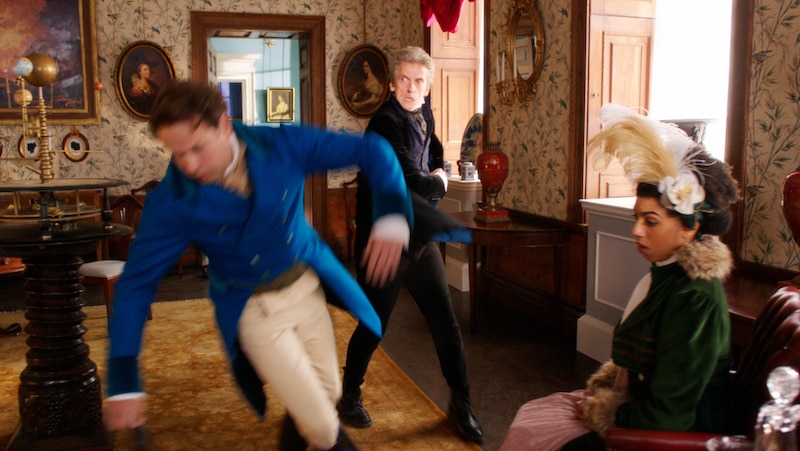 We don’t approve of violence but we’re sure the Doctor has a good reason for lashing out here. Love the costumes though!

When you take a closer look at the door that the Doctor approaches, there appears to be Gallifreyan writing on it. What could be behind it? 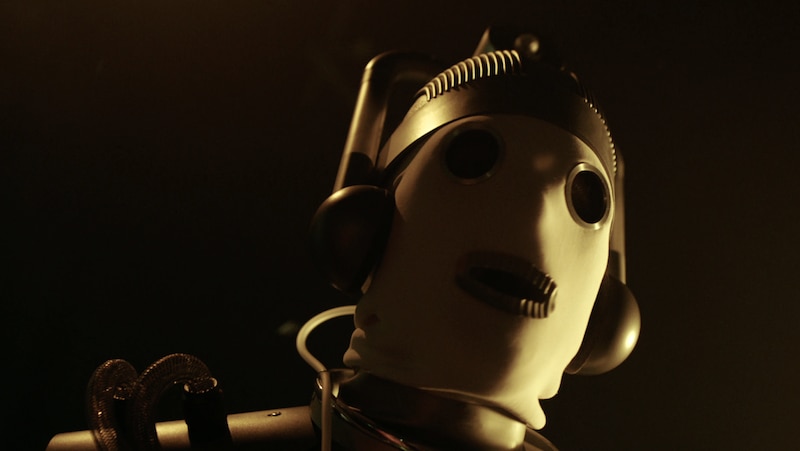 As revealed last week, the Cybermen from Mondas make an appearance over 50 years after their debut. Like Missy, they pop up in the series finale.

Eagle-eyed fans will notice that this environment where the TARDIS lands — we’re guessing an alien planet — features a rather large dinosaur-like skeleton. The same episode also includes… 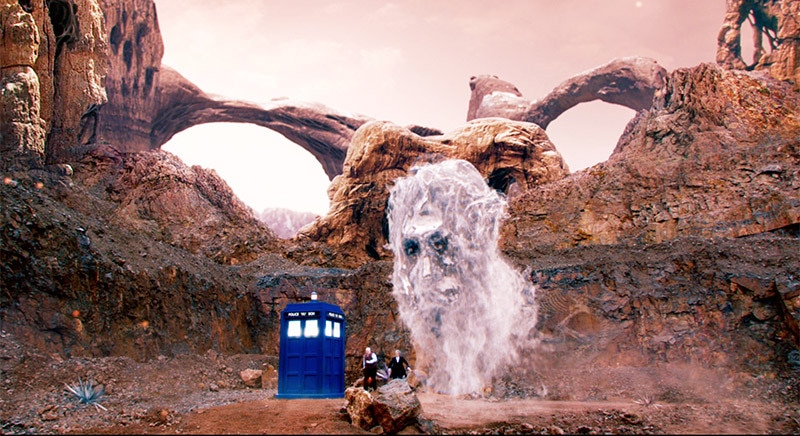 Face in a waterspout

Again, not a friendly feature for our friends. Is it related to…

Yup, she is creepy. Is she involved with Daleks? They do also make an appearance in the trailer in a similar corridor.

Who are these guys?

We don’t know, but they certainly have the fear factor ramping up to eleven. And they look quite grabby too, with the Doctor being chased by them in another part of the trailer.

The Doctor and Bill seem to be having an icy time in the past. In the teaser released earlier his month we did note the use of “Frost Fair” — could this be a historical ep, visiting London when the river Thames froze over? 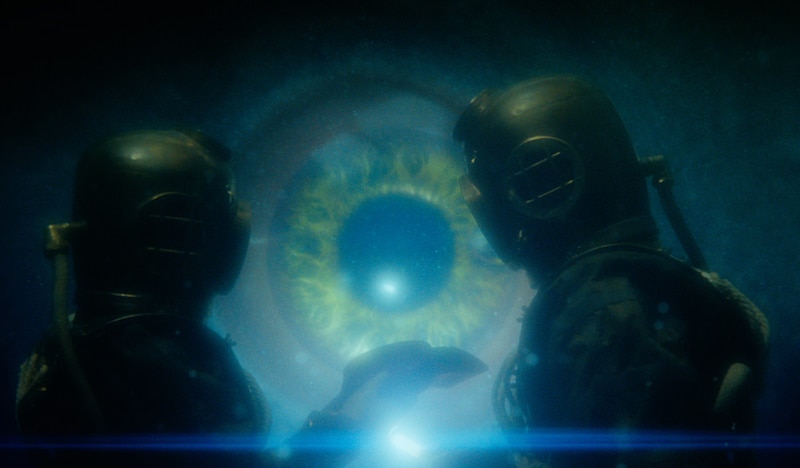 Looks like the Doctor is taking a look underwater, given the suit he’s seen wearing in the trailer. Is it a whale? Wouldn’t be the first time the Time Lord has met one. 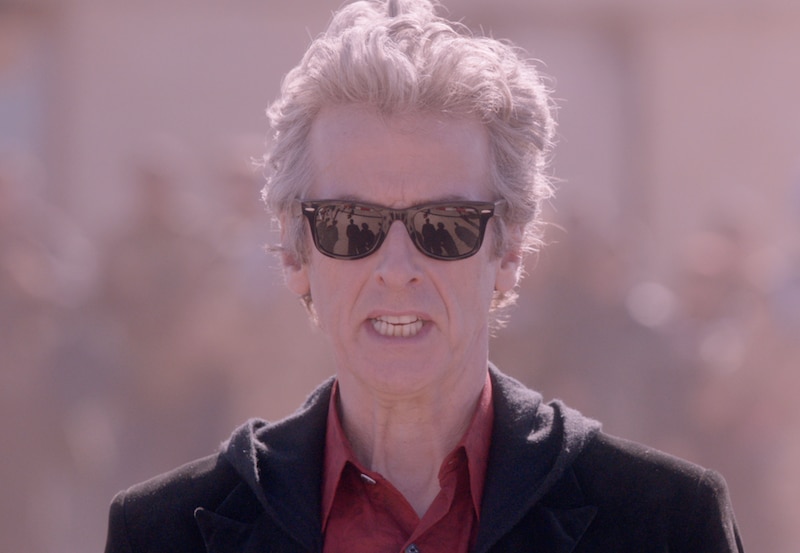 Even if they are not sonic, Peter Capaldi looks cool in his shades - no question.