Davros is a man whose scientific intellect is matched only by his capacity for evil. Unsurprisingly, as he’s one of the most wicked beings in all of creation, Davros has clashed with the Doctor many times over the years.

Thankfully, the Doctor has always triumphed, which is just as well because this scary son of Skaro has attempted some truly vile schemes. Here are some of the worst…

Of all the evil acts in Davros’ life – and as this list proves, there are a fair few – there is one that stands above the rest: the creation of the Daleks.

On the surface, Davros’ actions could be interpreted as being altruistic: he was simply trying to save his species and believed the mutations the Kaled people were undergoing were irreversible, and that the Daleks would be the means for the Kaleds' continued survival. However, Davros’ goal was more than just survival – it was total domination. He took delight in the idea of being able to wield ultimate power.

The Daleks would go on to become the most malevolent species that ever existed, and all of that can be traced back to the warped attitudes of their creator.

Pushing the Doctor to the brink
Resurrection of the Daleks

Davros’ evil isn’t limited to his desire for power, or to destroying all life that he deems to be unworthy of existence. It also extends to pushing others into doing evil acts themselves.

When the Fifth Doctor confronted Davros, his moral code was challenged. Davros planned to create a new version of the Daleks, which were more deadly than the last and, crucially, loyal to Davros. The threat that Davros posed led the Doctor to nearly execute him, an act which the Doctor would never normally consider. While the Doctor didn’t pull the trigger, the fact that he came so close highlights the sheer evil that Davros represents.

Recycling the Dead
Revelation of the Daleks

Davros’ desire to regain control of the Daleks is one of the leitmotifs of his existence. However, his scheme on Necros was among one of his more insidious attempts to reassert his dominance.

Under the guise of The Great Healer, Davros ran Tranquil Repose, a facility which cryogenically froze people suffering from incurable diseases. The supposed reason for this? To allow those suffering to wait until a cure for these diseases was discovered. The actual reason? So Davros could use the frozen people’s genetic matter to build a new breed of Daleks!

Just to add insult to sickening injury, Davros didn't use every body to make Daleks. He only used those he deemed worthy. The rest were turned into food and sold back to the system where their families lived.

Wiping out the Universe
The Stolen Earth/Journey’s End 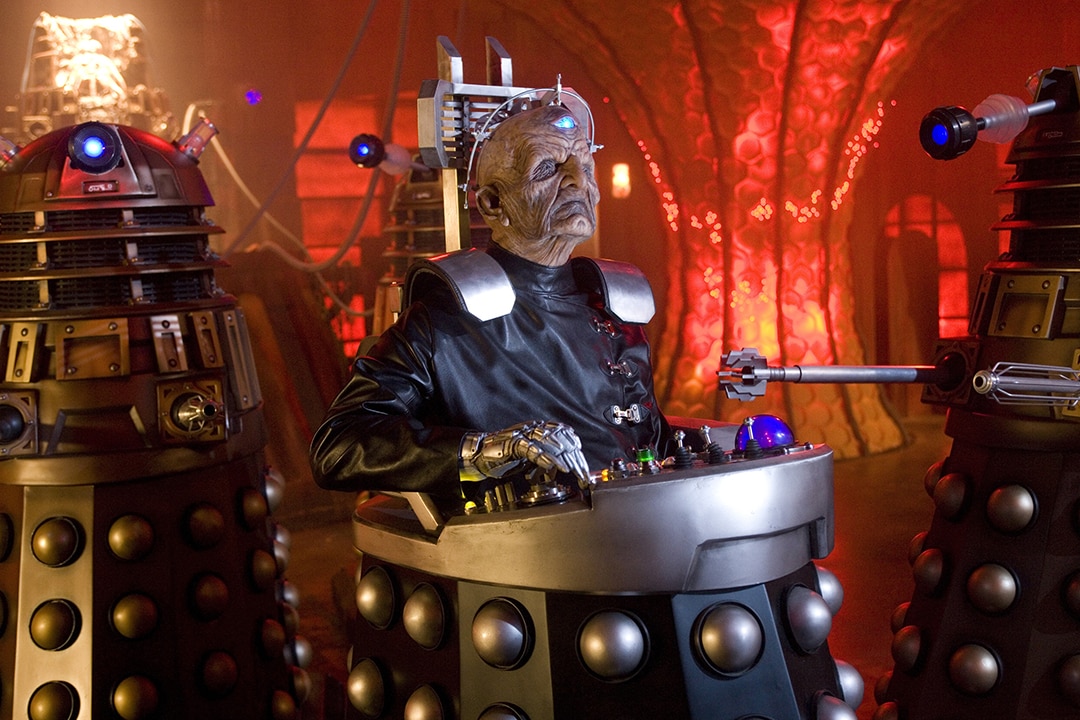 In a cruel twist of fate, when Davros re-emerged after the Time War, he was reduced to being little more than the Daleks’ pet. But don’t feel too much pity for him – he still planned to wipe out all of creation!

In what was his most ambitious plan to date, Davros stole 27 planets – including the Earth – from the universe, planning to use the energy pattern they created to form a reality bomb. On detonation, this bomb would, well, blow up all of reality! It took the Doctor and an alliance of his friends to take Davros and the Daleks down.

After the scale and audacity of his previous scheme, Davros’ next plan took a more personal approach. Admittedly, he wasn’t quite able to pull off the epic nature of blowing up all of reality again because he was stuck on Skaro, dying.

Perhaps now that he was close to death, Davros would see the error of his ways. That’s certainly the tale he spun to the Doctor when he arrived. But Davros soon revealed that, like a leopard, a maniacal scientist from Skaro can’t change their spots (or in this case, bumps). Not only did he delight in his Daleks' desire to kill, but was also hatching a scheme to get the Doctor to save him.

It just goes to show that, whatever happens, right up to the end, Davros will always be evil incarnate...