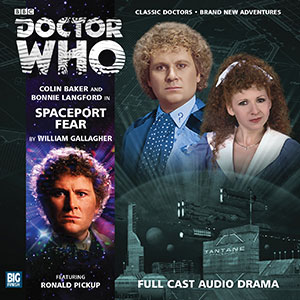 Doctor Who: Spaceport Fear is the latest story to star Colin Baker as the Sixth alongside Bonnie Langford as Mel, who partnered him on screen in 1986. They find themselves on an apparently deserted spaceport, where the tribes of Business and Economy have been at war for four hundred years and terrifying things lurk in dark corners. Will they ever manage to facilitate a departure? Written by William Gallagher and directed by Barnaby Edwards, the story also features the vocal talents of Ronald Pickup, who started his long and illustrious career in a First Doctor adventure! 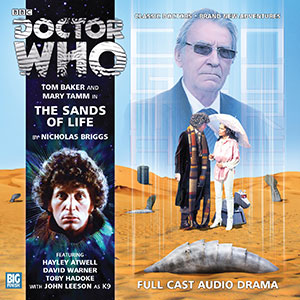 Meanwhile, over on The Fourth Doctor Adventures, the Doctor, Romana and K9 find themselves caught between a mass of aliens heading for Earth, and Cuthbert – the powerful head of the Conglomerate, in The Sands of Life. With Tom Baker returning as the Fourth Doctor, with Mary Tamm as the first Romana, and John Leeson as K-9, this is part of a five-part arc which continues next month with War Against the Laan. It's written and directed by Nicholas Briggs, and the cast includes David Warner, Toby Hadoke and Hayley Atwell.