When you travel through time like the Doctor, eventually you’re likely to run into a historical celebrity or two. The Thirteenth Doctor has mentioned many famous historical figures in Series 11, but the Doctor has also bumped into many more on their travels - here are 13 of them that made a lasting impression!

You can read about some of the historical encounters referenced in Series 11 in the new novel Star Tales, out now. 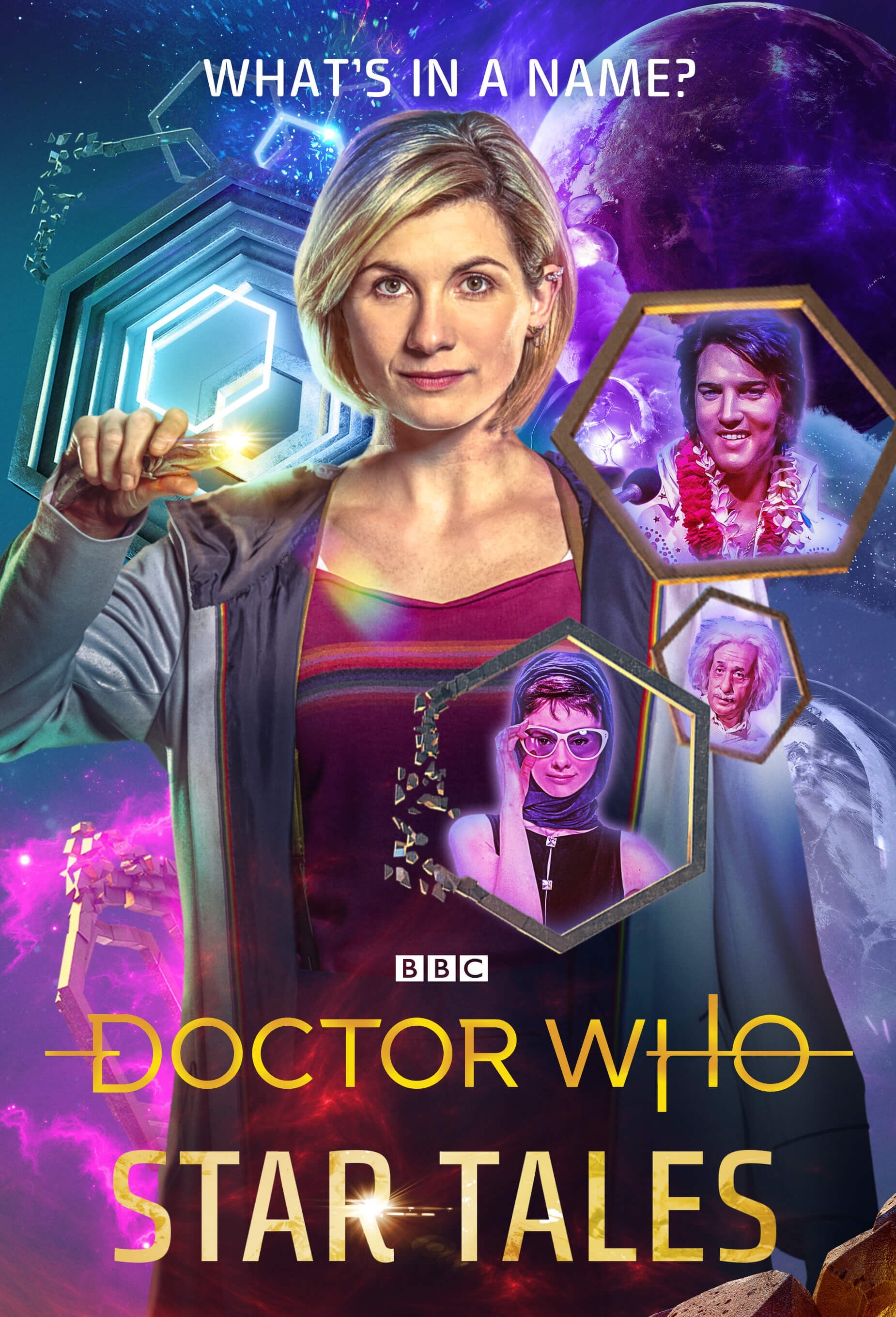 When the Tenth Doctor and Martha teamed up with Shakespeare, the play really was the thing! The unlikely trio were up against the witch-like Carrionites, a foe that turned words themselves against them.

Shakespeare was smitten with Martha, but the feeling wasn’t mutual. However, he wasn’t the only historical figure in The Shakespeare Code who’d suffer a romantic rebuttal… 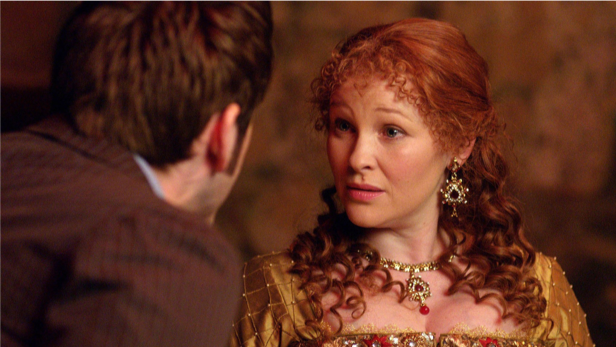 The Shakespeare Code/The Day of the Doctor

Not just the Doctor’s friend, but also his wife! Having saved the day with Shakespeare, the Tenth Doctor was delighted when Queen Elizabeth the First arrived at the Globe Theatre. This jubilation lasted about 10 seconds, as she ordered the Doctor be killed!

It turned out that, later in his personal timeline, the Tenth Doctor had married the Queen and then fled as soon as the ceremony was over. No one tell River Song…

When Team TARDIS landed in Montgomery, Alabama in 1955, they weren’t the only time travellers in town. A mass murderer from the future had arrived, intent on altering the future of Rosa Parks and the entire human race!

Even though Team TARDIS had met Rosa, they couldn’t explain what was about to happen and had to work stealthily to make sure that history stayed on track.

Landing in 13th Century England, the Fifth Doctor, Tegan and Turlough were warmly greeted by King John. Although a royal welcome sounds like a good thing, he did also call them all demons. Bit awkward!

However, it turned out King John wasn’t King John at all, but Kamelion, instructed to pose as him by the Master in order to alter the course of history. The Doctor has yet to meet the real King John, but it’s only a matter of time (and space).

But when the Doctor first arrived, Churchill thought the Daleks were going to help him win the war against the Nazis. He soon learnt the true nature of the evil he’d welcomed into his bunker…

Trying to take Rose to Victorian London, the Ninth Doctor accidentally took her to Victorian Cardiff where they interrupted a reading by Charles Dickens. In their defence, it had already been interrupted by the arrival of a ghost!

Well, not a ghost, but the Gelth, an alien race with a distinctly spooky appearance. The encounter would have a profound effect on the book that Dickens was writing, but he unfortunately passed away before he could pen the tale.

The Doctor normally gets on with the historical figures she meets, but when she met King James the First, there was a severe personality clash!

King James didn’t believe that the Thirteenth Doctor could be the Witchfinder General as she was a woman, assuming that Graham must have been in charge! They didn’t leave on good terms…

Donna couldn’t believe it was happening, but her and the Tenth Doctor teamed up with Agatha Christie to solve an actual murder mystery!

Gatecrashing a garden party the day before Agatha Christie disappeared in unusual circumstances, the time-travelling duo teamed up with the novelist after guests and staff alike started dying. In true Christie style, everyone came under suspicion, including Donna! 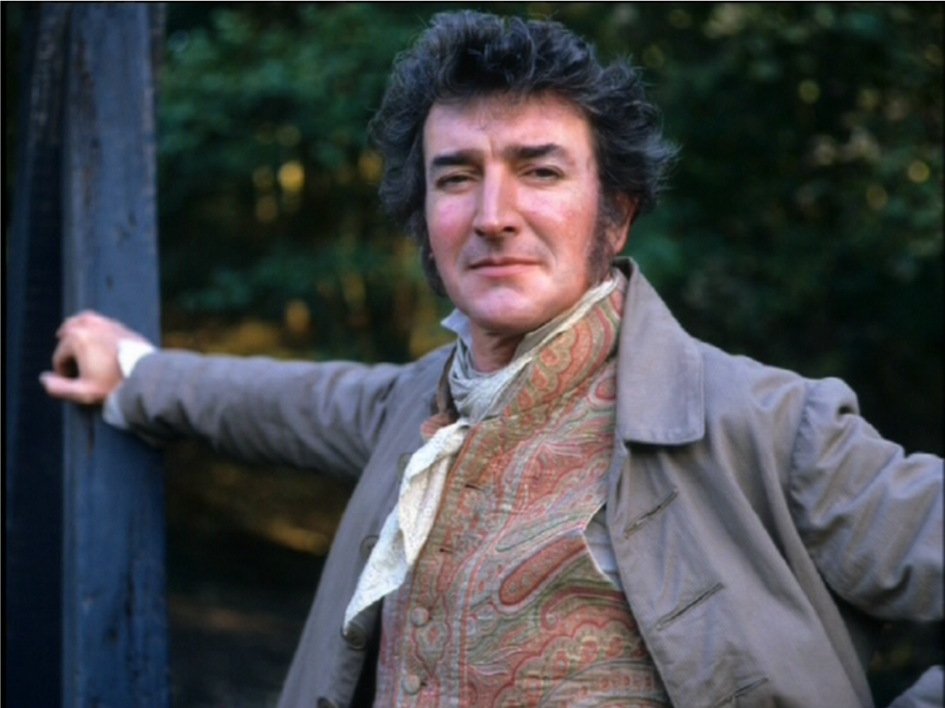 The Mark of the Rani

The Sixth Doctor and Peri encountered the ‘Father of the Railways’ George Stephenson when the three of them were caught in the evil schemes of not one, but two evil renegade Time Lords!

The Master planned to accelerate the industrial revolution and a new arrival, the Rani, wanted to perform experiments on the local population.

What links the 18th and 51st Century? If you guessed a fireplace, then you’d be correct! Onboard a spaceship in the 51st Century that could access 18th Century France through the fireplaces and mirrors, the Tenth Doctor found himself meeting the famous Madame de Pompadour at different points throughout her life.

Madame de Pompadour was very keen on the Doctor, passionately snogging him on their second meeting! 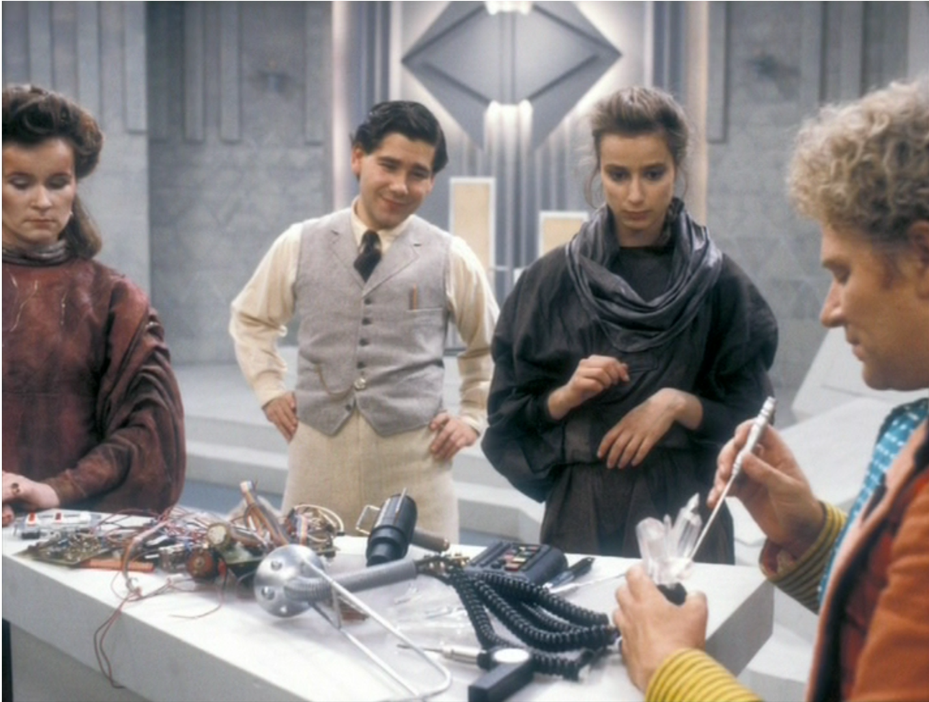 The Sixth Doctor’s adventure with H.G. Wells is unique on this list as for most of their time together the Doctor was unaware of his identity! When the Doctor and Herbert (as he introduced himself) met, Herbert was convinced the Doctor was a spirit!

Herbert was tempted to stay on the alien world they saved, but when the Doctor saw his full name on one of his calling cards, he had to take him back to Earth. He had a few fantastical stories of his own to write, after all!

The Doctor was very surprised to meet Robin Hood, as he insisted the famed folk hero of Nottingham never existed. Even after he’d engaged Robin in a sword and spoon duel, the Doctor was convinced that Robin wasn’t real.

The one-upmanship between the two of them began to grate on Clara, but the three of them had to unite against the evil Sheriff of Nottingham and his surprisingly advanced legions of robotic knights!

The story that broke a thousand hearts. The Eleventh Doctor and Amy’s encounter with Vincent van Gogh saw them tangling with an invisible foe that only Vincent could see. A deeply touching tale with that ending. Gets us every time.

And that's not all! The Thirteenth Doctor hinted at a host of previous, untold adventures with the great and the good: we discovered she got her sunglasses from Pythagoras (or was it Audrey Hepburn?); lent a mobile phone to Elvis; had an encounter with Amelia Earhart where she discovered that a pencil-thin spider web can stop a plane; had a 'wet weekend' with Harry Houdini, learning how to escape from chains underwater; and more!

Read about the meeting of more historical figures in Star Tales, out now. You can order it here.