Doctor Who Adventures magazine is running a unique competition for readers to win their very own life-size Dalek to keep in their home or school.

To enter, readers must collect three tokens. The first can be cut out of the current issue, issue 336, on sale now until 14 January 2014. The other tokens are in the subsequent two issues (on sale 15 January and 29 January respectively).

“Giving away one of the Doctor's greatest enemies has got to be THE ultimate competition and I'm thrilled that Doctor Who Adventures magazine has got one to give away." says editor Moray Laing. "We've been assured that the Dalek won't exterminate the winner or the winner's friends or family... So rest assured it's completely safe to enter.” 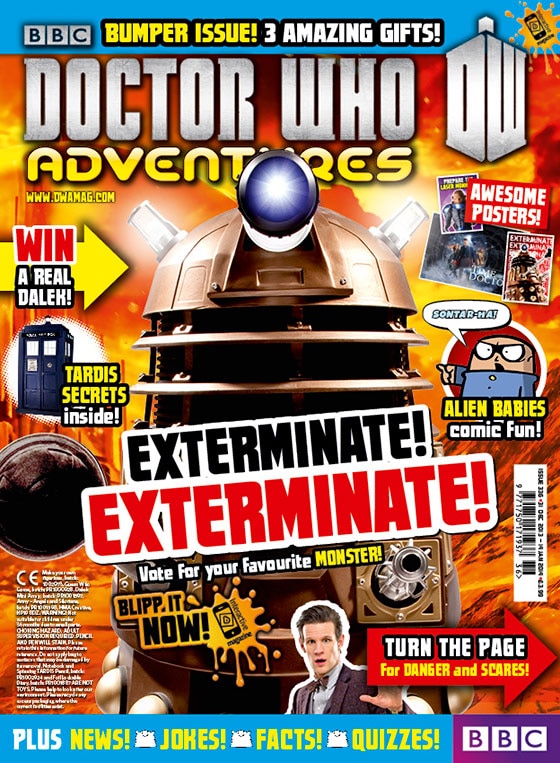 Issue 336 is a bumper issue of Doctor Who Adventures,and is on sale now until 14 January 2014.

Competition is only open to readers in England, Wales, Scotland, Northern Island or the the Channel Islands. Full terms and conditions of the competition can be found in the magazine.