Wow! An explosive teaser for the new series of Doctor Who has landed and gives us a fresh look at what’s coming up for the Twelfth Doctor, Bill and Nardole in 2017.

Series 10, which airs around the world from April 15, features Peter Capaldi in his last series as the Doctor, the return of Matt Lucas as Nardole, and the introduction of Pearl Mackie as new companion, Bill.

We’ve already had a brief preview of Doctor Who Series 10 which aired after the Christmas Special, The Return of Doctor Mysterio - watch it .

You’ve probably watched this new teaser a dozen times already, but here’s what we noticed in the thirty exhilarating seconds…

A Bow for Bill

Sporting a different look to the one we saw her in last year, Bill has ditched the denim and gone for an internally themed jacket (Okinawa can be seen on the reverse) and coloured top. AND she’s got a cute bow in her hair too! We look forward to Bill’s weekly fashion choices. 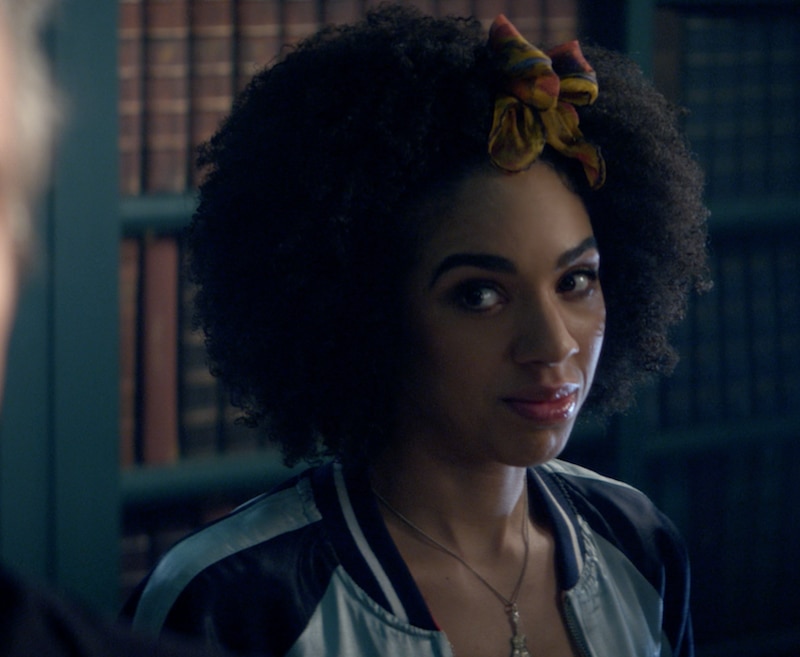 What DO those books say?

Eagle-eyed fans will have perhaps taken a closer look at the books on the shelves and noticed that some of the titles on the spines are more evident than others.

Also, is this some kind of library they’re striding down? 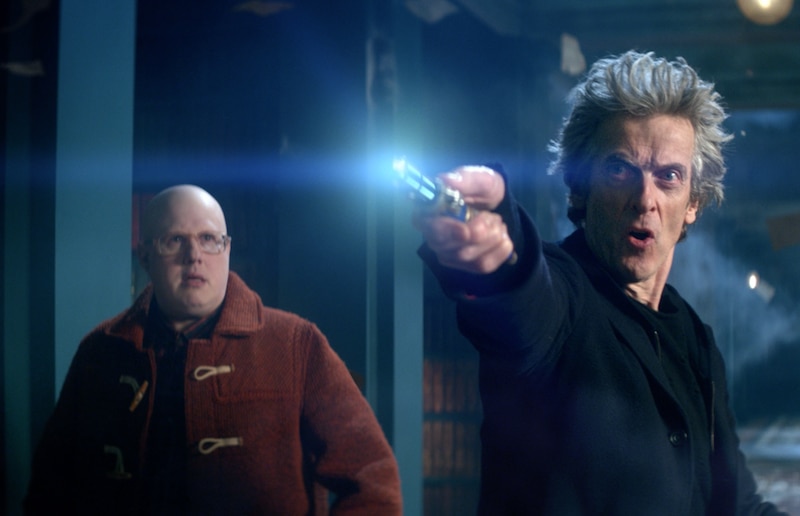 Described by Bill as the “most dangerous man in the universe,” the Twelfth Doctor is keeping his hair on the longish side and strides beside her with his casual hoodie and starry top. 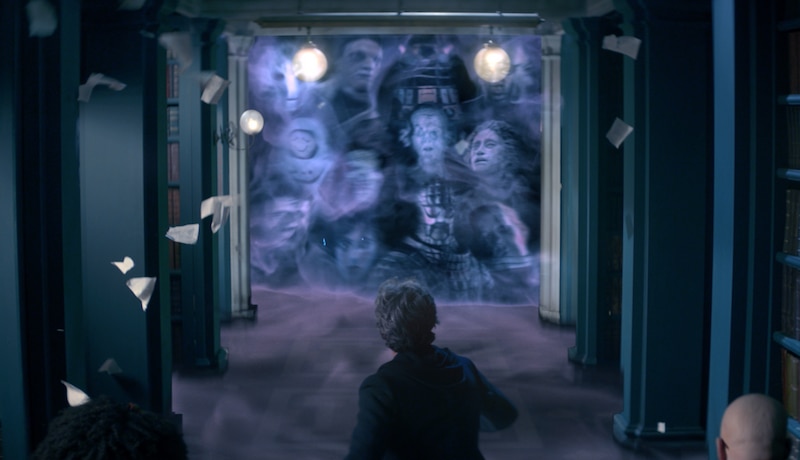 That’s a LOT of monsters!

At the end of the teaser, the trio are faced with a shimmering wall full of familiar and not so familiar monsters. We spotted a Cyberman, a Dalek and an Ice Warrior.

There’s also some creepy calcified-looking faces in there along with an Emojibot from Episode 2 (which features scenes filmed in Spain).

And did we see a new kind of Ice Warrior at the very end? Perhaps the one writer Mark Gatiss alluded to in Doctor Who Magazine recently? 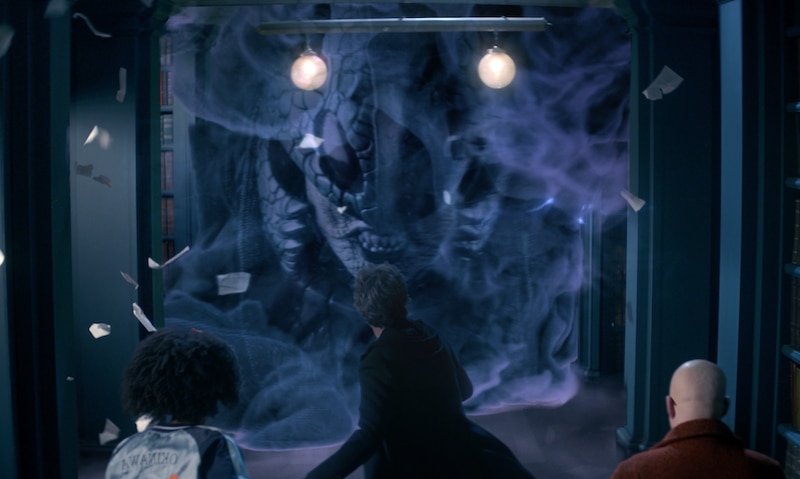 “I wouldn’t miss it for the world. Even if it kills me.”

Bill’s last words here are slightly eerie, and let’s hope not prescient. Curiously, she also speaks of meeting the Doctor not once, but three times. What could it all mean???