As ever, Big Finish have some big stories for Whovians and in February you can find Doctors Four, Five and War alongside Daleks and the return of Leela! 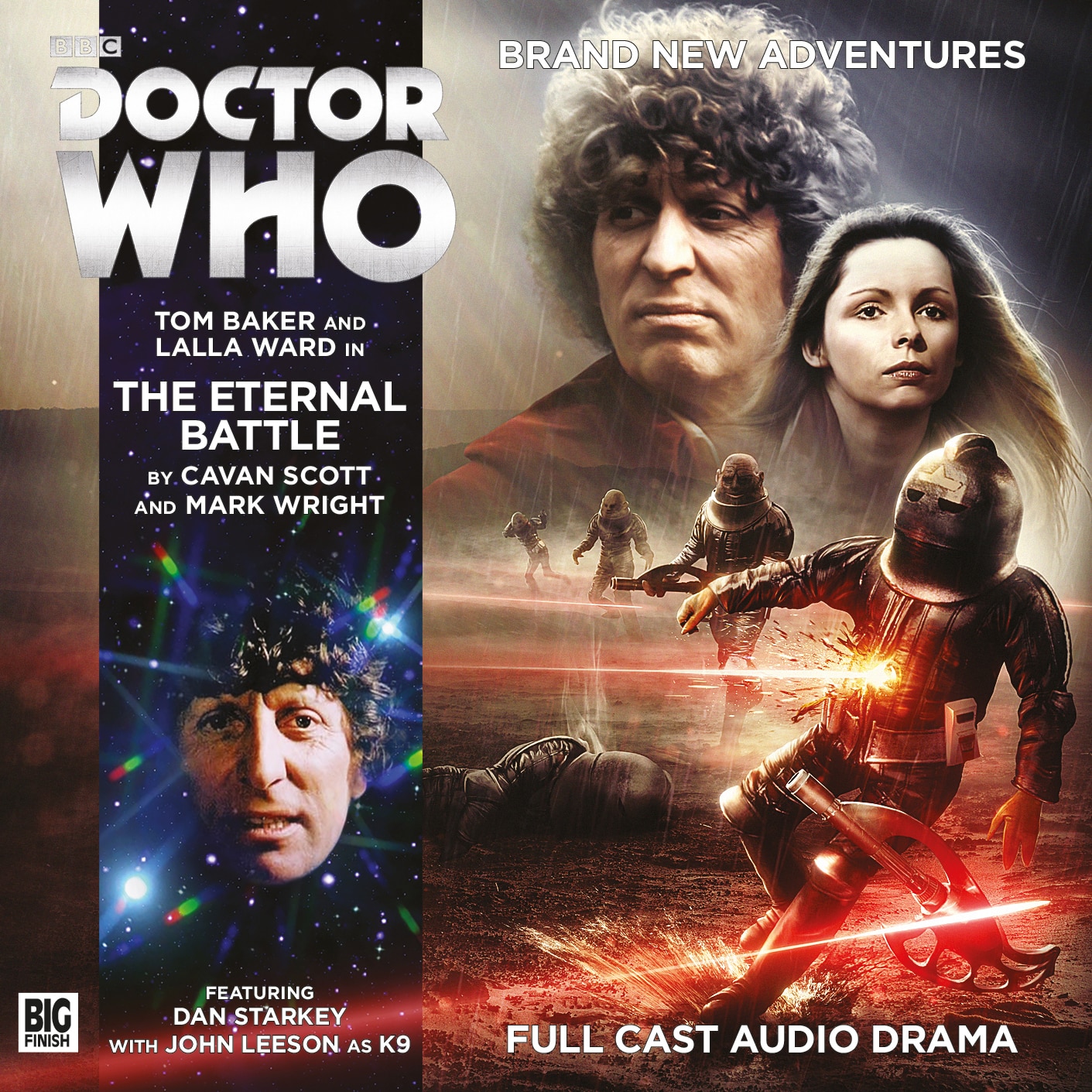 The TARDIS has landed in a war zone. The Doctor, Romana and K9 find themselves traipsing through an inhospitable battlefield. Strange lights flicker in the sky, and stranger creatures lurk in the darkness.

When rescued from an attack by a Sontaran tank, the time-travellers discover they’re facing a far more dangerous foe than the battle-hungry clones. This terrifying fight has been going on longer than anyone can remember… and shows no signs of stopping.

With the TARDIS missing and their luck running thin, the Doctor and his friends’ only hope of survival is to uncover the truth about what is happening on this planet. If they can discover the secret of the eternal battle they might just survive… but it might just mean the end of them all. 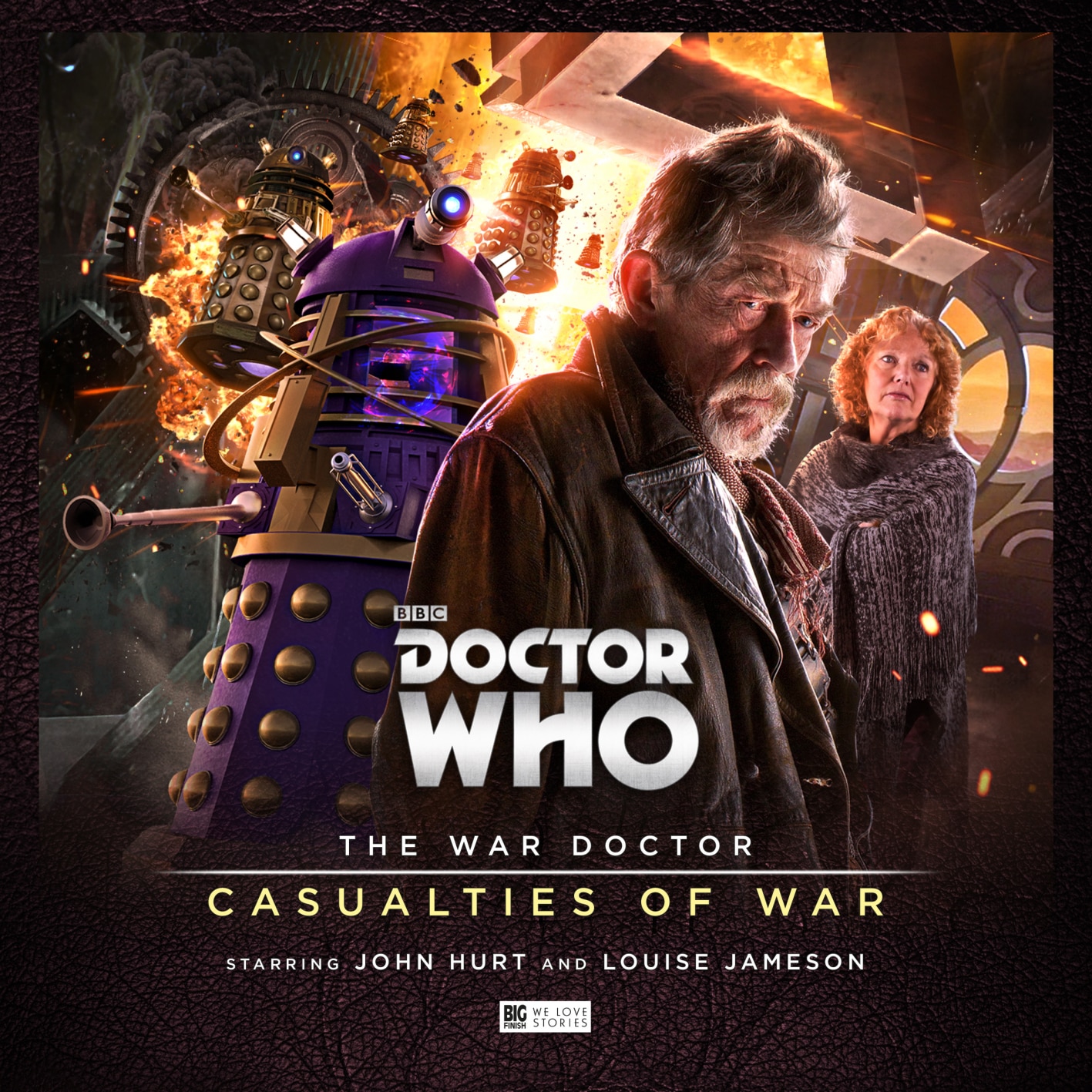 The War Doctor: Casualties of War

The War Doctor and Cardinal Ollistra are stranded far from their Time Lord forces, with Daleks closing in, destroying all that stands between them. They must call on the help of new friends and old to fight their way back to the front lines. From the outer reaches of the galaxy, to the heart of Gallifrey itself, the Doctor finds casualties in every place the Time War has touched. Among them, a fighter, a travelling companion of the distant past, who remembers him quite differently. A warrior woman named Leela…

The War Doctor: Casualties Of War is a 4 CD set starring: John Hurt (The War Doctor), Louise Jameson (Leela), Jacqueline Pearce (Cardinal Ollistra), the voice of the Daleks, Nicholas Briggs, and many more. This title goes on general sale from April 30, 2017. 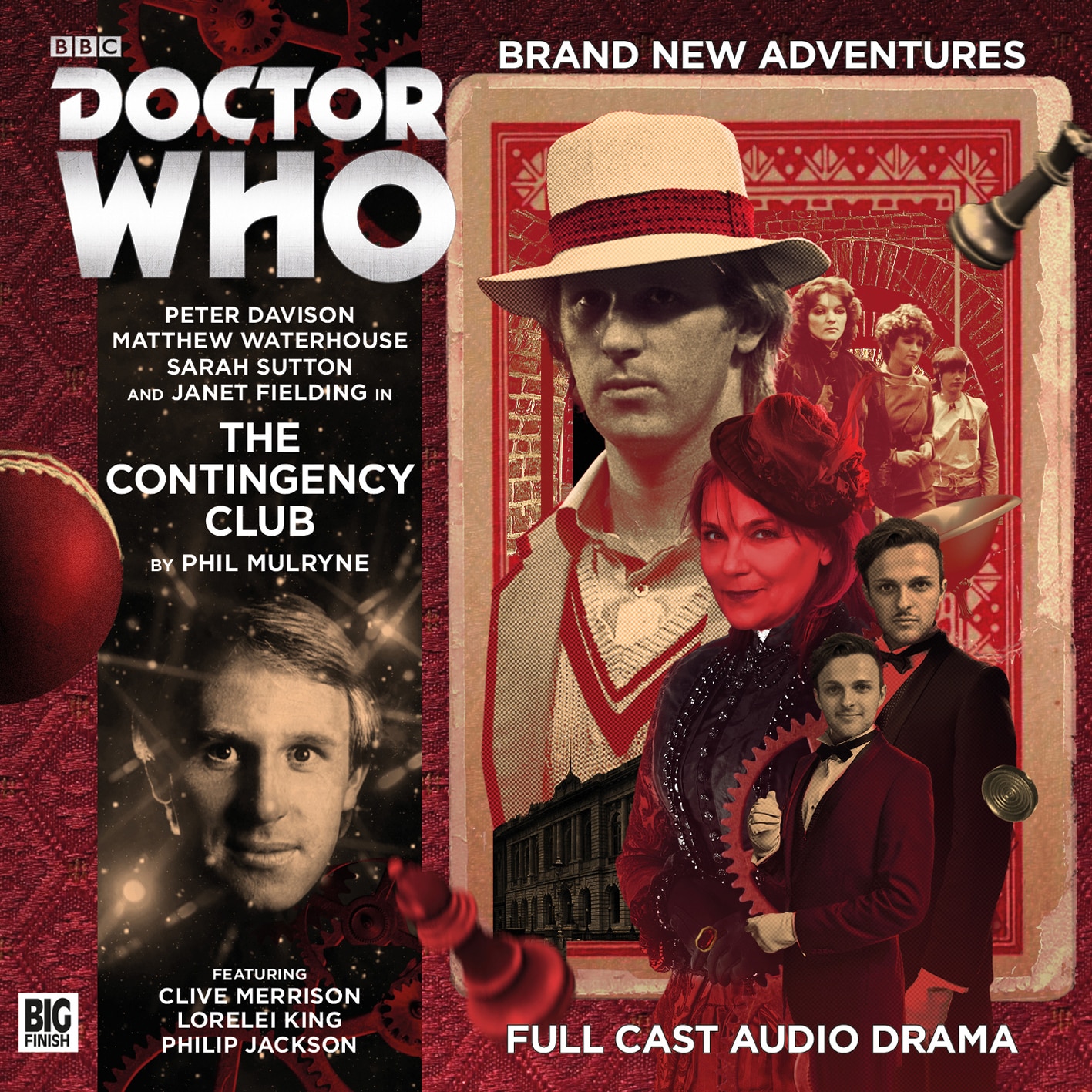 London, 1864 — where any gentleman befitting the title ‘gentleman’ belongs to a gentlemen’s club: The Reform, The Athenaeum, The Carlton, The Garrick… and, of course, The Contingency. Newly established in St James’, The Contingency has quickly become the most exclusive enclave in town. A refuge for men of politics, men of science, men of letters. A place to escape. A place to think. A place to be free.

The first rule of the Contingency is to behave like a gentleman. The second is to pay no heed to its oddly identical servants. Or to the horror in its cellars. Or to the existence of the secret gallery on its upper floor… Rules that the Doctor, Adric, Nyssa and Tegan are all about to break. 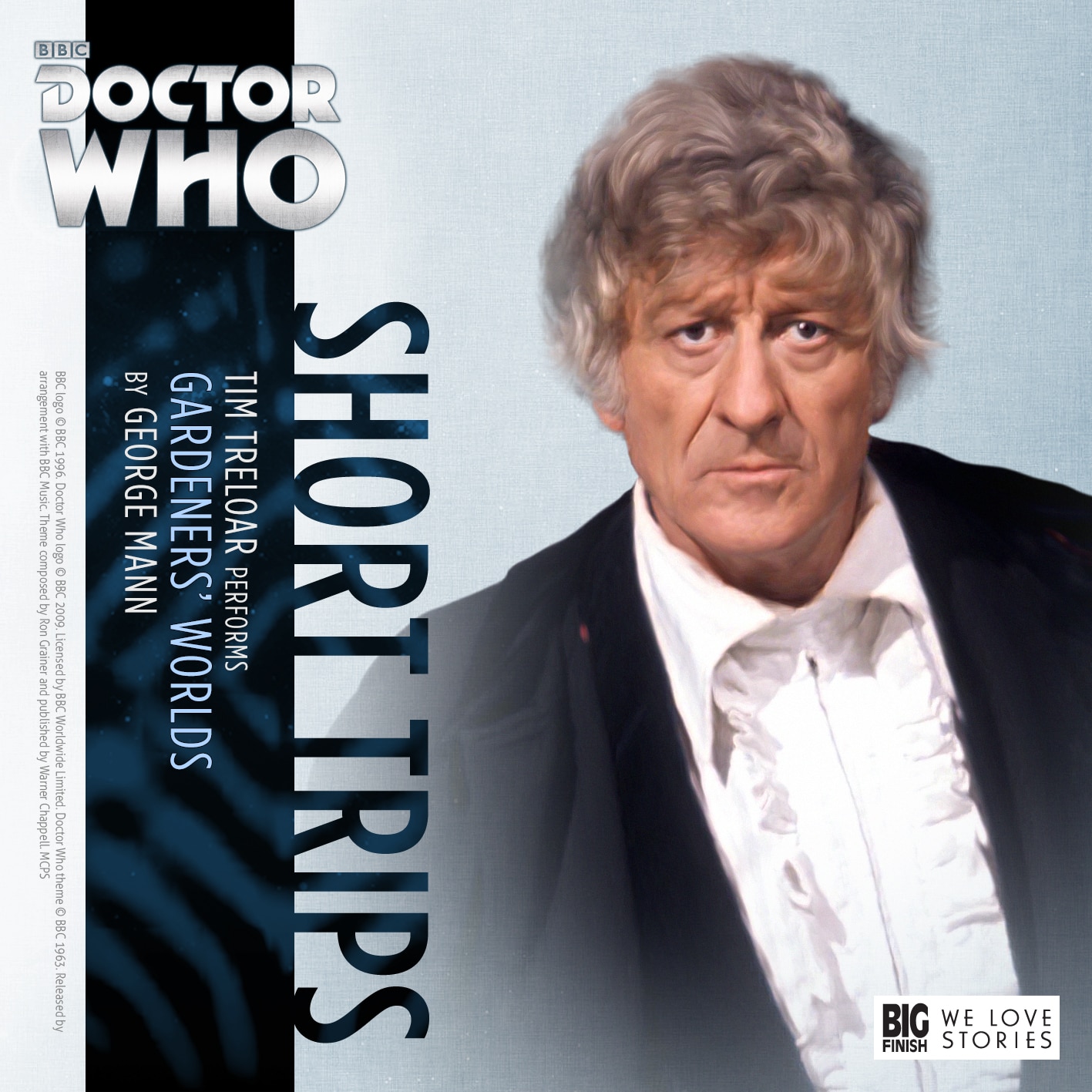 Strange occurrences plague the village of Colston Burghley – a mediaeval monument has appeared on the village green, postboxes have disappeared...and there's trouble in Meredith Bright’s back garden. When Mike Yates finds himself at a loss, it's down to the Doctor and Jo Grant to get to the root of the trouble...

Short Trips – Gardeners’ World will only be published as a digital download and is narrated by Tim Treloar.