Throughout their adventures in time and space, the Doctor and friends meet several influential figures – which always makes for great stories! If you’re searching for more encounters of a historical nature, then look no further!

The TARDIS arrives in Gaul in 451AD, on the eve of battle between the forces of Attila the Hun and those of the crumbling Roman Empire. But the Doctor soon finds out that both sides are being helped by sinister, supernatural creatures.

While Graham makes allies in the Roman camp and Ryan is pursued by the enigmatic Legion of Smoke, the Doctor and Yasmin are pressed into service as Attila’s personal sorcerers. But the Doctor knows there is science behind the combat magicks – and that the true war will pit all humanity against a ruthless alien threat.

You can order Combat Majicks here

… then she meets a few other historical celebrities!

The Doctor is many things – curious, funny, brave, protective of her friends... and a shameless name-dropper. We have heard how she got her sunglasses from Pythagoras (or was it Audrey Hepburn?), lent a mobile phone to Elvis, had an encounter with Amelia Earhart where she discovered that a pencil-thin spider web can stop a plane, had a 'wet weekend' with Harry Houdini learning how to escape from chains underwater, and more!

In this collection of new stories, Star Tales takes you on a rip-roaring ride through history, from 500BC to the swinging 60s, going deeper into the Doctor's notorious name-dropping and revealing the truth behind these anecdotes.

You can order Star Tales here

The Fifth Doctor meets one of his heroes…

63BC. Following the overthrow of Catiline, Cicero and his wife retire to the coastal town of Cumae, safe from the threats of Rome. But when a cricket-clad stranger and his companions arrive at Cicero’s villa, new dangers lie in wait and Cicero finds himself plunged into a realm of gods and monsters.

The Fifth Doctor, Tegan and Negan meet the famed Roman orator Cicero in this audio drama from Big Finish.

You can order Tartarus here 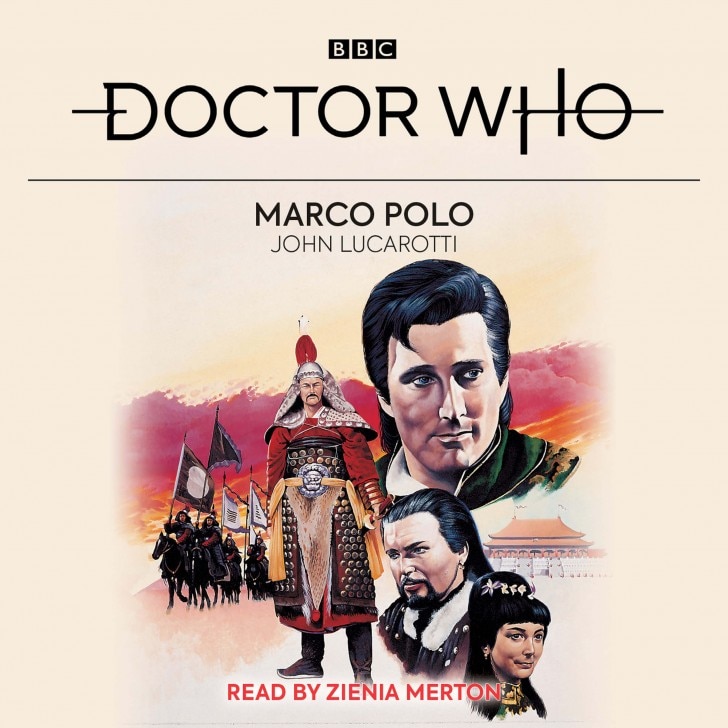 The young Venetian, Marco Polo, is on his way to the Emperor’s court in Peking when he meets four intrepid time travellers: the elderly Doctor, his granddaughter Susan, and their companions Ian and Barbara. The TARDIS has broken down whilst on Earth, in the year 1289. Marco Polo recognises in it a means of winning favour with the Emperor, and he insists that the travellers accompany his caravan to Cathay.

Although this First Doctor adventure is missing from television screens, you can get an audio reading of the story from BBC Audio.

You can order Marco Polo here

Why not try a host of classic historical stories on audio?

If you’re a fan of classic Doctor Who on audio, why not try five classic novelisations of TV adventures set in Earth’s history?

You can order Doctor Who: The Historical Collection on audio here

You can watch a whole hour of the Doctor meeting historical figures right now on the Doctor Who YouTube channel! Leave a comment on which one is your favourite… from the Aztecs and Agatha Christie to Vincent Van Gogh and William Shakespeare, there’s an encounter for all tastes.

Plus, there are many more historical encounters throughout the adventures of the Doctor in time and space, you can find a list of just some them here!