This month is a big month for audio adventures from Big Finish. Along with their usual Doctor Who range, we also have exciting stories from their Torchwood and UNIT spin-offs.

First up, it’s the Fourth Doctor range and The Trouble With Drax. Older readers may remember that we first met Drax in the closing story from the season-long arc, The Key To Time - back in 1979. In The Armageddon Factor we learned that the pair were classmates on Gallifrey hundreds of years previous.

Here’s the synopsis and artwork for their reunion. 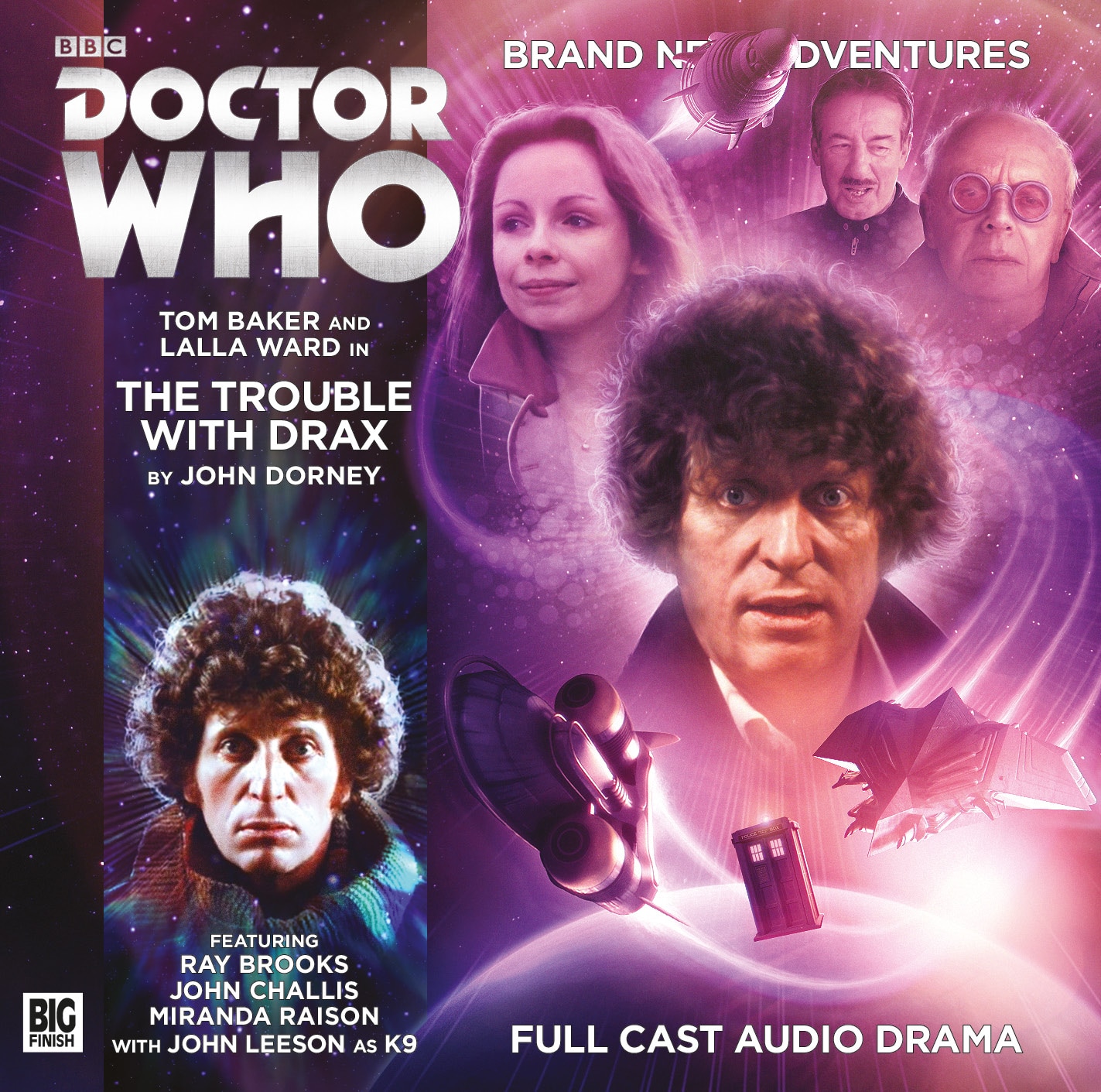 Altrazar. The temporal Atlantis, a place lost to time. Believed by many to be a myth, it has long been the perfect location for the rich and powerful to hide away their most dangerous secrets.

Because the somewhat crooked, not exactly honest, wheeler-dealer cockney Time Lord known as Drax has found a map that leads to its location. And, at the behest of a manipulative businessman, he's going to use it.

When the TARDIS is dragged out of the space-time vortex, the TARDIS crew aren't best pleased to see the Doctor's old school friend, even less when he pressgangs them into joining a raid on the most secure safe-house in history. However with Romana and K9 held hostage, the Doctor has little choice but to agree. With Drax in tow, he heads for the planet.

Which is where the trouble starts.

The Trouble With Drax stars: Tom Baker as The Doctor; Lalla Ward as Romana; John Leeson as K9; and also John Challis (Scorby in The Seeds of Doom) and Miranda Raison (Tallulah in Daleks In Manhattan / Evolution of the Daleks).

Next up, it’s the Seventh Doctor as he also meets a familiar face in The Two Masters. 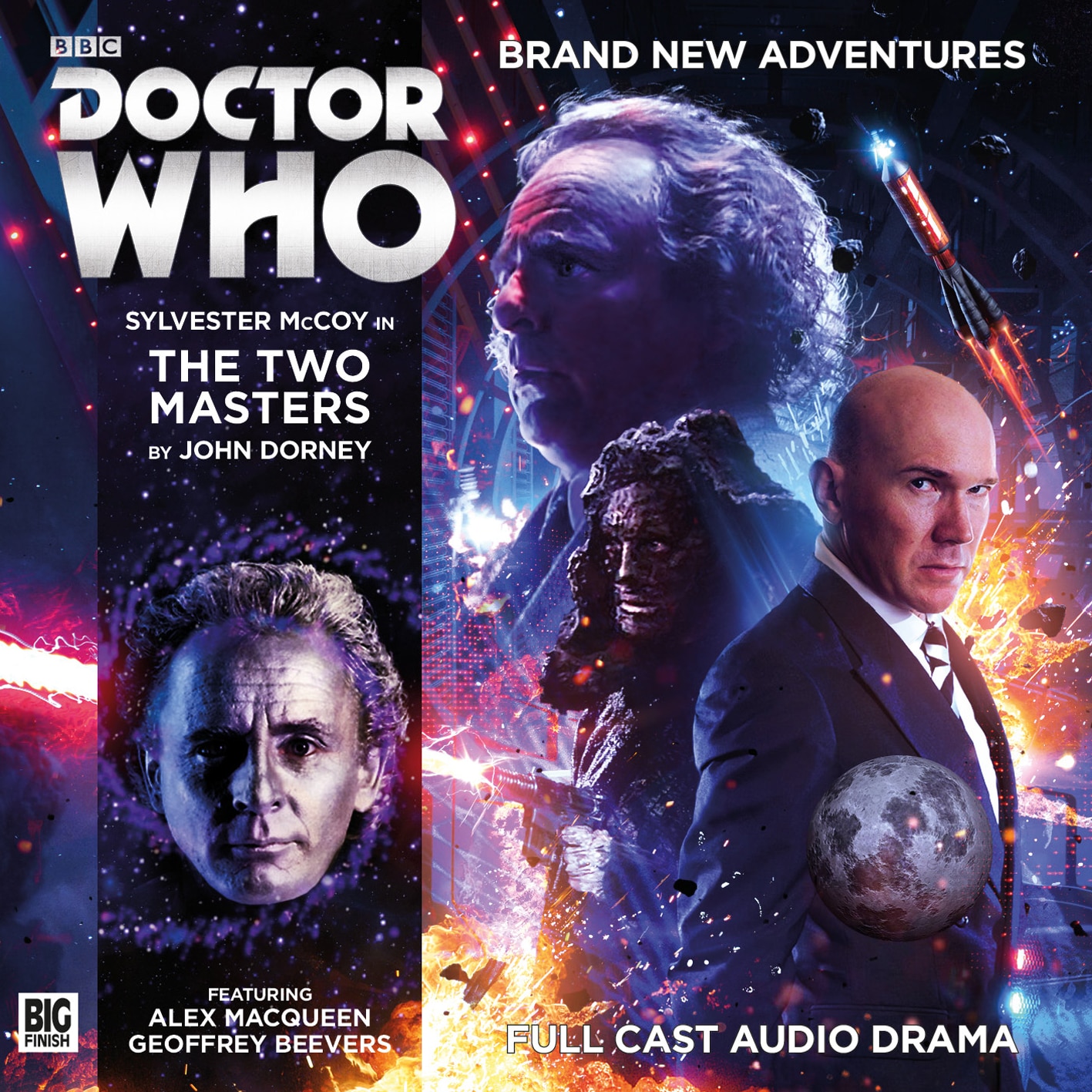 A special solo adventure for Sylvester McCoy as the Seventh Doctor, in the last of three stories with a recurring villain...

The future is dying. All over the universe, gaps are beginning to appear. From the space lanes terrorised by the rag-tag remnants of the once-mighty Rocket Men, to the empire of the Gorlans, stricken by a terrible civil war. Gaps in space/time, portents of the end of everything.

One Doctor. Two Masters. What could possibly go wrong?

The Two Masters stars: Sylvester McCoy as The Seventh Doctor; Geoffrey Beevers as The Old Master; and Alex Macqueen as The New Master.

The Companion Chronicles - The Second Doctor Volume 1 features four brand new adventures following one of the Doctor's closest friends and their perspective on an adventure. Here, Jamie McCrimmon (played by actor Frazer Hines) is in the spotlight: 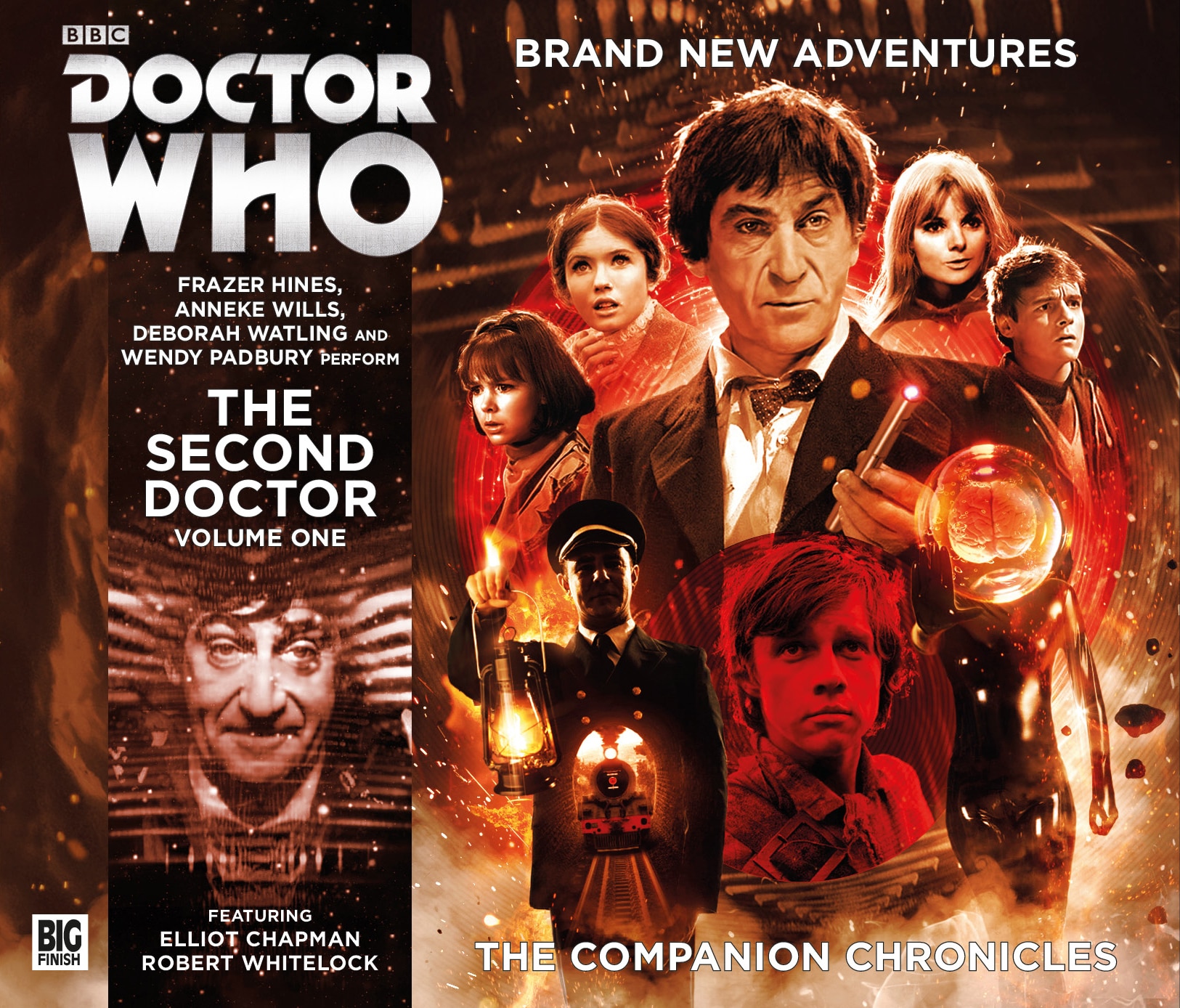 The TARDIS arrives in 1920s England, the Doctor, Jamie, Ben and Polly finding themselves in a wintry dusk beside a railway line. The station nearby appears deserted, but there are figures watching from the shadows, all of them waiting for a dead man’s train...

The Story of Extinction

Civilisations rise and fall – and few planets have seen this happen more often than Amyrndaa. The Doctor, Jamie and Victoria join a survey team to find out why on the planet where everything is suited to creating life, nothing lives for long...

When tempers fray in the TARDIS, the Doctor struggles to help Jamie and Zoe resolve their differences. Arriving at Aspen Base proves a welcome distraction; but the isolated facility is under siege. Can Jamie’s belief in right and wrong withstand the perspective changing power of the Integral?

The Edge is the galaxy’s scientific hub of experimentation, theoretical breakthroughs and invention – just the sort of place to interest the Doctor and Zoe. However, a secret lies hidden in The Edge laboratories. Jamie instinctively knows that something is wrong, and it doesn’t take long for him to be proved right....

UNIT are back with Kate Stewart and Osgood. They are investigating and confronting alien attacks on the planet Earth in the new boxset with four stories, UNIT: Shutdown. On the trail of missing alien technology, Kate Stewart encounters the ambitious Felicity Lyme. Who are Cerberus – and what are they doing in the London Docklands?

With Tengobushi assassins on their tail, Kate and Osgood retreat to UNIT Command in Geneva. High in the mountains, Captain Josh Carter comes face to face with the enemy...

The Battle of the Tower

As London sleeps, an alien horde rises from the shadows. The Tower has been infiltrated – and UNIT must hold the line. At any cost. Lock and load...

Caught between human greed and an unstoppable alien power, Kate Stewart leads her forces on one last mission to the Antarctic. It's UNIT against the world....

And finally, the exciting Torchwood series continues with Moving Targets - an adventure featuring Suzi Costello, who died in the very first ever Torchwood television episode! 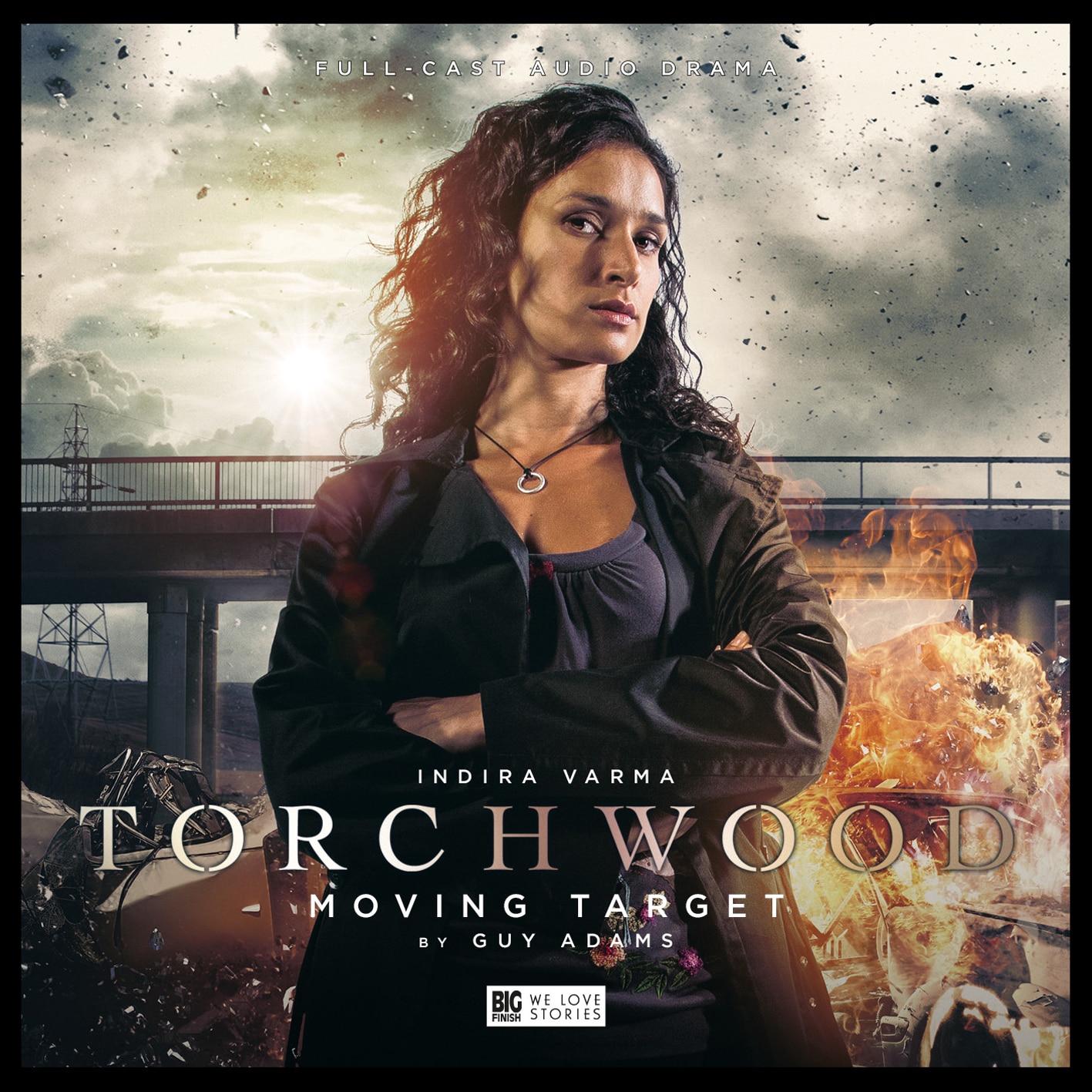 With the Earth frozen in time, Suzie becomes locked in a battle to save the planet and the life of Alex, the last woman alive. Hunted by alien warriors, and, with every hour that doesn't pass, the stakes are only getting higher.

Suzie Costello would never describe herself as a hero. But she would say she's someone who always makes the right choices. Wouldn't she?

All these stories, and more, are available from the Big Finish website here.