Big Finish have announced details of the third part of the new Torchwood audio series Aliens Among Us, set after the events of the television series Miracle Day.

Pre-order Aliens Among Us Part 3 here.

This four CD boxset, released from Big Finish next month, features the return of Captain Jack and Yvonne Hartman, with John Barrowman and Tracy-Ann Oberman reprising their roles. Hartman was last seen presiding over Torchwood in the Tenth Doctor 2006 finale, Army of Ghosts / Doomsday.

Check out all the details and cover art below.

Aliens Among Us Part 3

Captain Jack and Gwen Cooper have restarted Torchwood. But it's in a very different Cardiff. Something terrible's happened to the city. With every day getting darker, will Torchwood need to adopt a whole new approach?

Poker Face by Tim Foley
Torchwood are in trouble. Terrorist attacks are rocking the city. Control of the police has been ceded to Cardiff's alien masters. And it looks like it's all been arranged by Captain Jack Harkness. Worse, there's a dead woman in the cells who says that Torchwood will be hers by dawn.

Escape Room by Helen Goldwyn
Gwen Cooper, Rhys Williams, and the Colchester-Prices go to try out an escape room. They've heard a lot about them. Especially this one. People keep going into the game and not coming out. But Torchwood will be fine. After all - partners can trust each other. Can't they?

Herald of the Dawn by James Goss
It all starts normally enough. A car park full of ramblers is incinerated by a thunderbolt. But the next day it's clear there's something very wrong. Something's changed. Something's coming. It's the end of the world. And that's what Torchwood are best at. 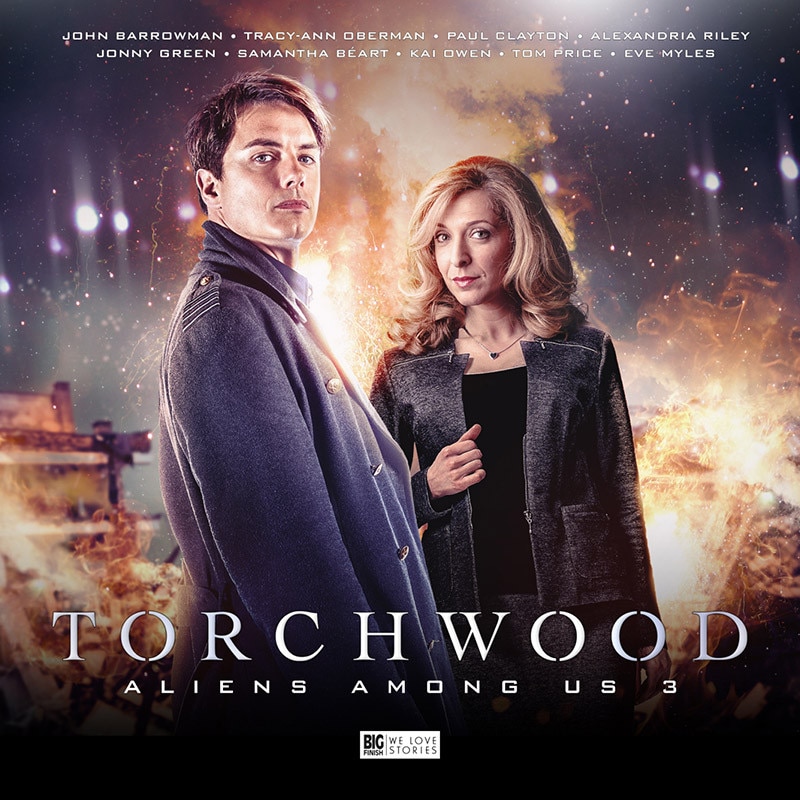