The latest issue of Doctor Who Magazine - issue 500, read all about it here - contains what Fourth Doctor actor Tom Baker refers to as his "final" interview. In the first of two parts, DWM chats to the man who graced the very first issue of the publication, when it was known as "Doctor Who Weekly", and to this day has a very special relationship with the publication.

Discover all the contents of DWM 500 here.

Interviewed in April at his home in East Sussex, Tom tells DWM:

“I’ve done a lot of interviews and I dare say that there might be another reason, perhaps a sad one, why you might mention me again in the magazine.

But your readers know all my stories by now, or half of them, so it seems that this might be me bowing out from the spotlight…”

Here's an exclusive excerpt from his new interview in Doctor Who Magazine:

“Your readers, their kindness, it takes my breath away,” he tells me. “Some of their letters and messages are so extravagant, and my feeling is of gratitude, really. I feel like… I nearly said Prospero,” he laughs, that familiar, fruity, Tom Baker laugh. “That’s going too far… but I have been such stuff that dreams are made on.” 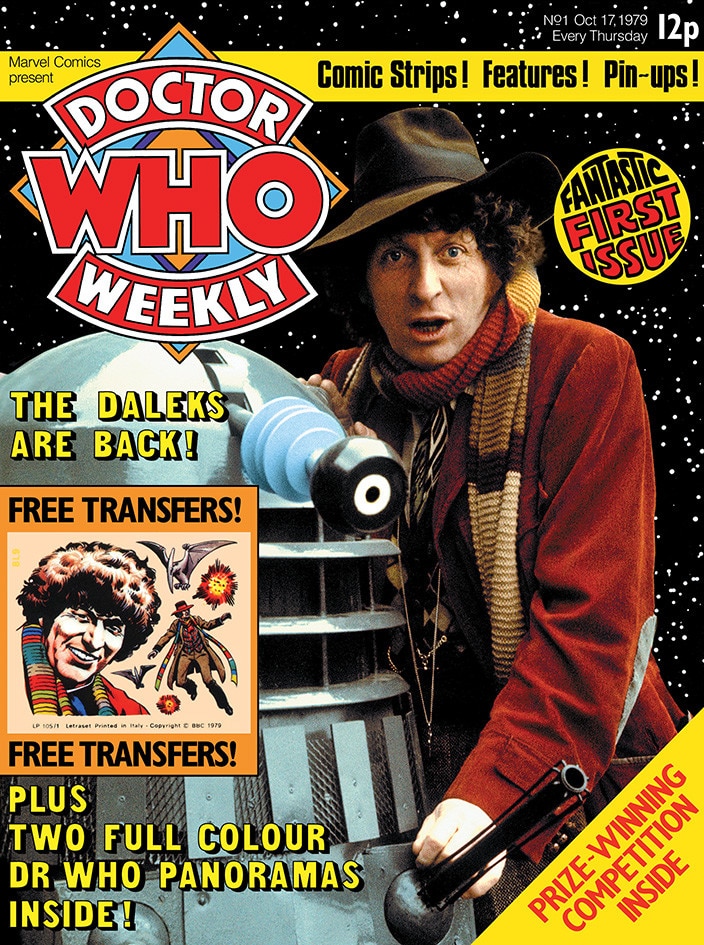 “In the long time when Doctor Who was out of production, you kept it alive, didn’t you? You were wonderful. And Doctor Who Magazine has been very good to me, for all these years. I’m so grateful for what you’ve done for me. You’ve given me such happy memories.

Well, I’ll be dead quite soon.”

Tom has a long and wonderful history with the publication, just like he does with television show. His first major interview with DWM took place in August 1984; issue 92 in which its cover promised, TOM BAKER SPEAKS OUT!

Elsewhere in the interview, Baker remembers the launch of Doctor Who Weekly all those years ago in 1979 and reveals that every issue he receives from Doctor Who Magazine, Tom signs his images inside and donates them to a hospice.

You can read the full interview in the new issue of Doctor Who Magazine, which also features: exclusive interviews with current Doctor Peter Capaldi, Fourth Doctor Tom Baker, showrunner Steven Moffat, and much more. It also comes with a double-sided A1 poster, collectable art cards, sticker sheet and an additional 116-page magazine charting the history of DWM! Read all about it here.