An adventure-packed Doctor Who comic lands in the UK on 26th February featuring the Tenth, Eleventh and Twelfth Doctors in every single issue!

Also, every issue comes with an original humour strip and competitions. In issue one, readers can win a set of the Tenth, Eleventh and Twelfth Doctor Vinyl figures. The first issue will also feature an exclusive code to download comic strip characters into Doctor Who Legacy free-to-play game. 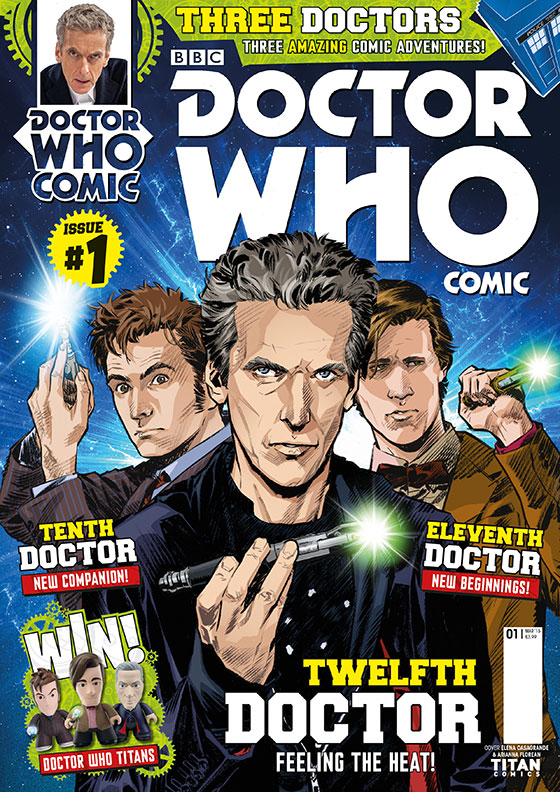