This month sees a bountiful bumper of Doctor Who action from our friends at Titan Comics, featuring Doctors old and new.

We have all the details and amazing cover art of June's new Doctor Who comics below. 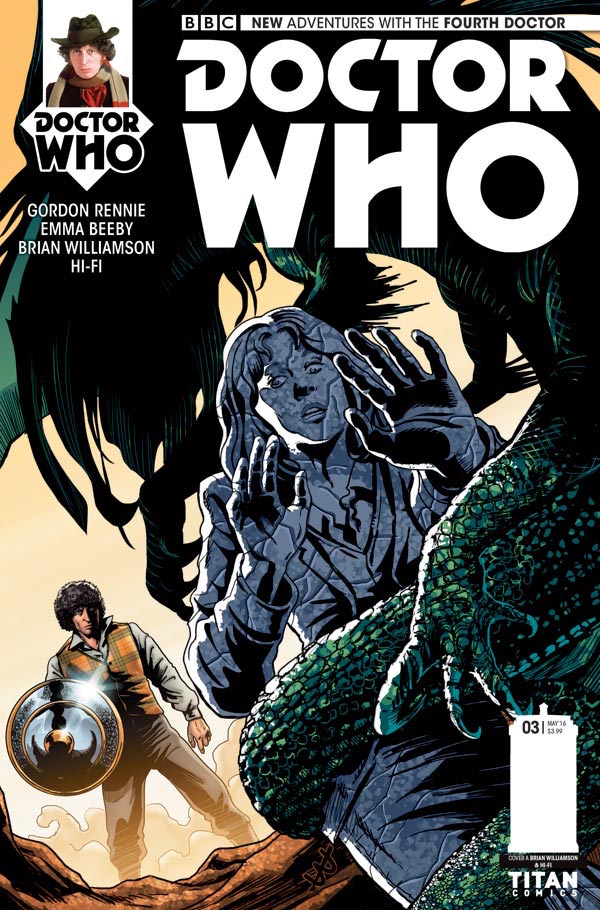 'GAZE OF THE MEDUSA' continues, as the Doctor and Sarah Jane team with Professor Odysseus James, and his daughter, Athena, to face down an ancient alien horror. Battling a malign influence all the way from Ancient Greece to London in 1887, the Doctor is faced with a petrifying challenge – and physical evidence that he cannot win!

Out Now - 4 different covers to collect! 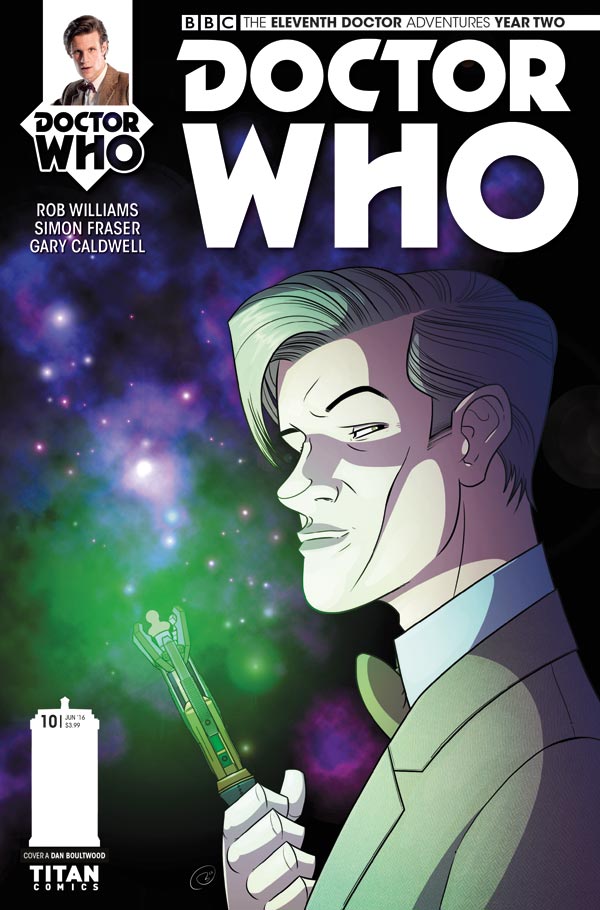 Badly wounded by The Then and The Now, the Squire must deal with the fallout of Alice's deadly decision, as Abslom's fury rounds on the Doctor in full force. Death, devastation, and the aftermath of the Time War... this one has it all! Can the Doctor still find the truth and save his friends?

Out Now - 3 different covers to collect! 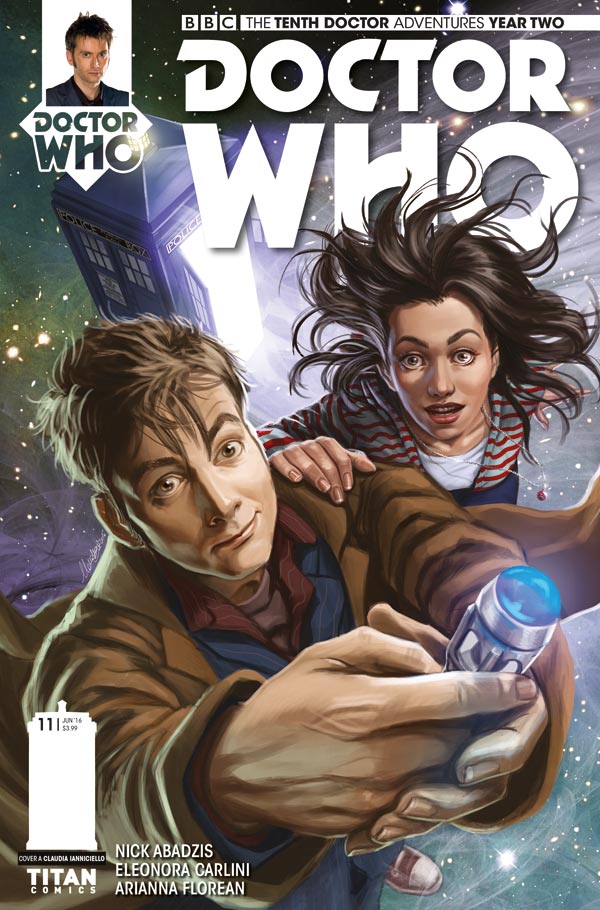 After near-deadly adventures in the Jazz Age, the Doctor, Gabby and Cindy have tracked the murderous Noctures to the Disco-era New York City, 1978. Quite aside from the fashions, how will Gabby and Cindy deal with being stalked through their hometown by terrifying creatures, decades before they were born?!

Out Now - 3 different covers to collect! 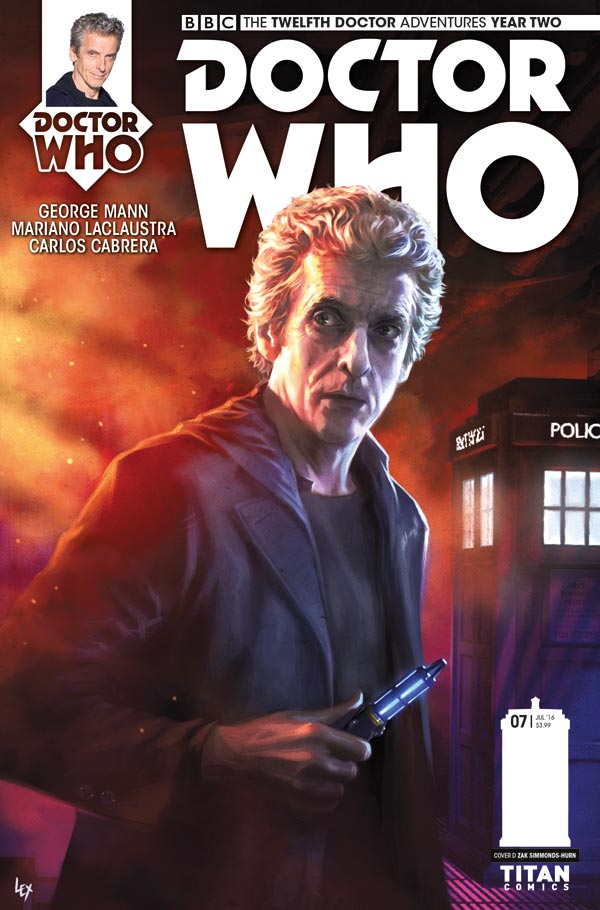 The Twelfth Doctor continues his solo tour... or has he already welcomed a new comics companion aboard the TARDIS? We're not telling! Either way, it spells astounding interstellar adventure – with no limits! 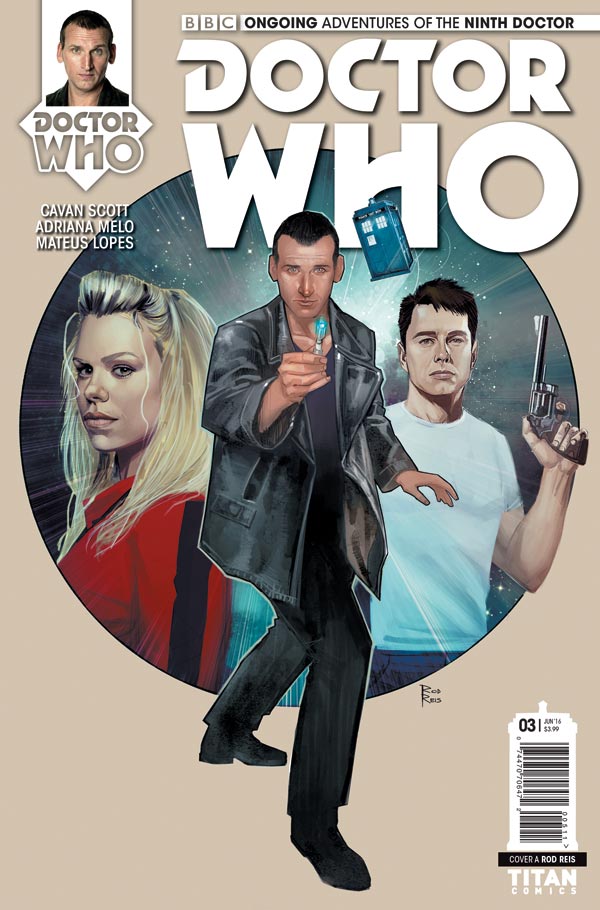 Yes, the Doctor, Rose and Captain Jack are once again entangled with the Slitheen – or, to be more precise, they've fallen into the middle of a Raxacoricofallapatorian civil war! You've never seen these skinsuit-wearing shapeshifters in their natural hunting grounds... or witnessed them this terrifying! Trust no one!

And, in case you missed some earlier comic releases, there are also some fantastic comic collections in stores and online this month. 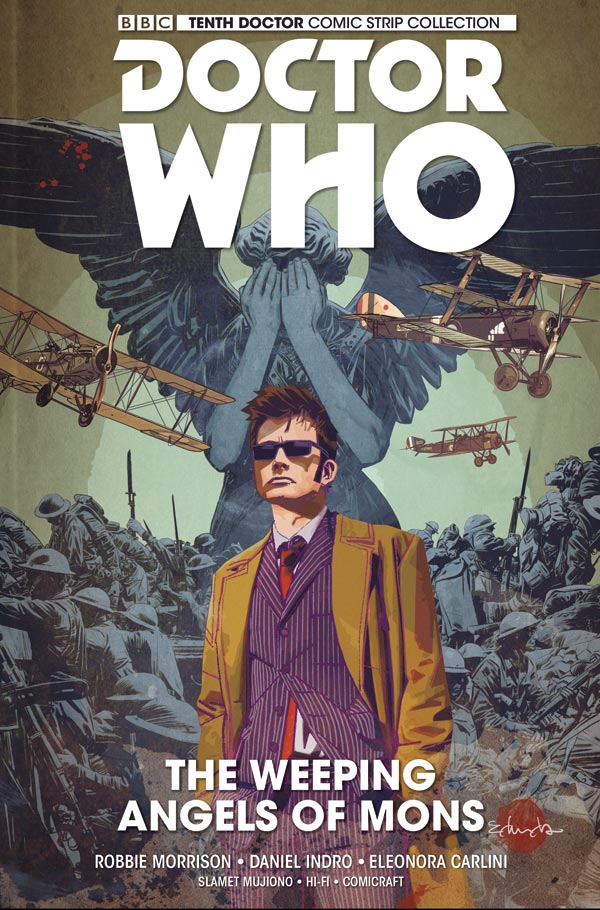 The second collection of the sell-out smash new Tenth Doctor series, from award-winning writer Robbie Morrison (Spider-Man, Drowntown, Nikolai Dante) and Daniel Indro (Sherlock Holmes, Green Hornet), sends the Doctor and new companion Gabriella Gonzalez hurtling back into the past – and into the trenches of World War One! Bombed by the German artillery, arrested as spies by the British, Gabby and the Doctor soon learn that there’s something even worse moving in the gas and wreathes of smoke out in No Man’s Land… stone statues who move only when you’re not looking at them! The Weeping Angels have come to feed on the futures of young soldiers -- in their hundreds of thousands! It’s an unmissable historical epic! Cover by comics superstar Tommy Lee Edwards (TURF, 1985)! 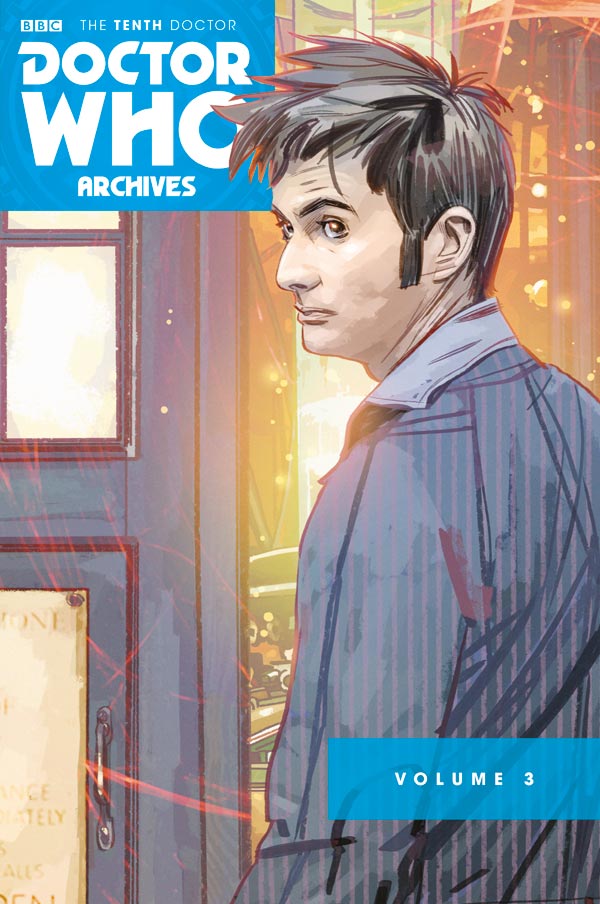 The third Tenth Doctor Archives collects the story arcs 'Tesseract' and 'Final Sacrifice'! Witness the TARDIS assaulted by bizarre, five dimensional beings! Martha and UNIT battling an ancient evil under Greenwich! And, finally, the Tenth Doctor's new companions, Emily Winter and Matthew Finnegan, must face the predations of the Advocate on a war-ravaged alien world... and not everyone will make it out alive! 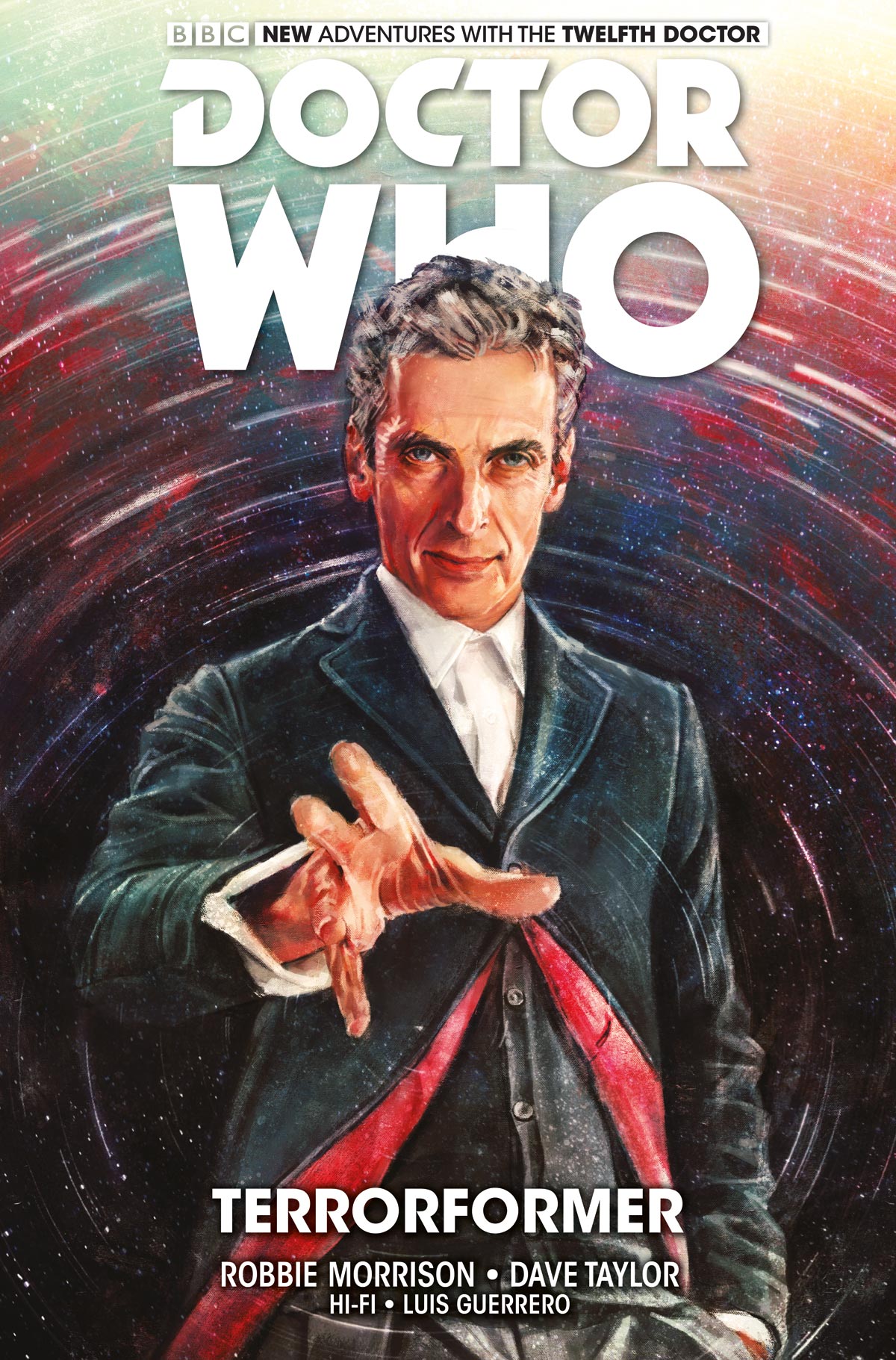 The first softcover collection of the Twelfth Doctor series! On the terraformed ice planet of Isen IV, the Doctor and Clara discover a monstrous Hyperion has been awakened at the planet's core. Can they halt the rampage of a living star, in the middle of the celebrity wedding of the century, before it escapes to conquer the galaxy?  And when Clara and the Doctor land in India, a conspiracy hundreds of years in the making comes to light! The Thuggee cult of Kali is trying to resurrect one of the most deadly aliens yet known... Split across two time zones, our heroes must stop Kali's return at all costs – with the help of Rani Jhulka, 'the renegade Amazon' in the 1820s, and Priyanka Maratha, daughter of one of the Doctor's oldest friends, in the Mumbai of 2314! To find out just what makes Peter Capaldi's incarnation of the Doctor so intoxicating, get on board now! 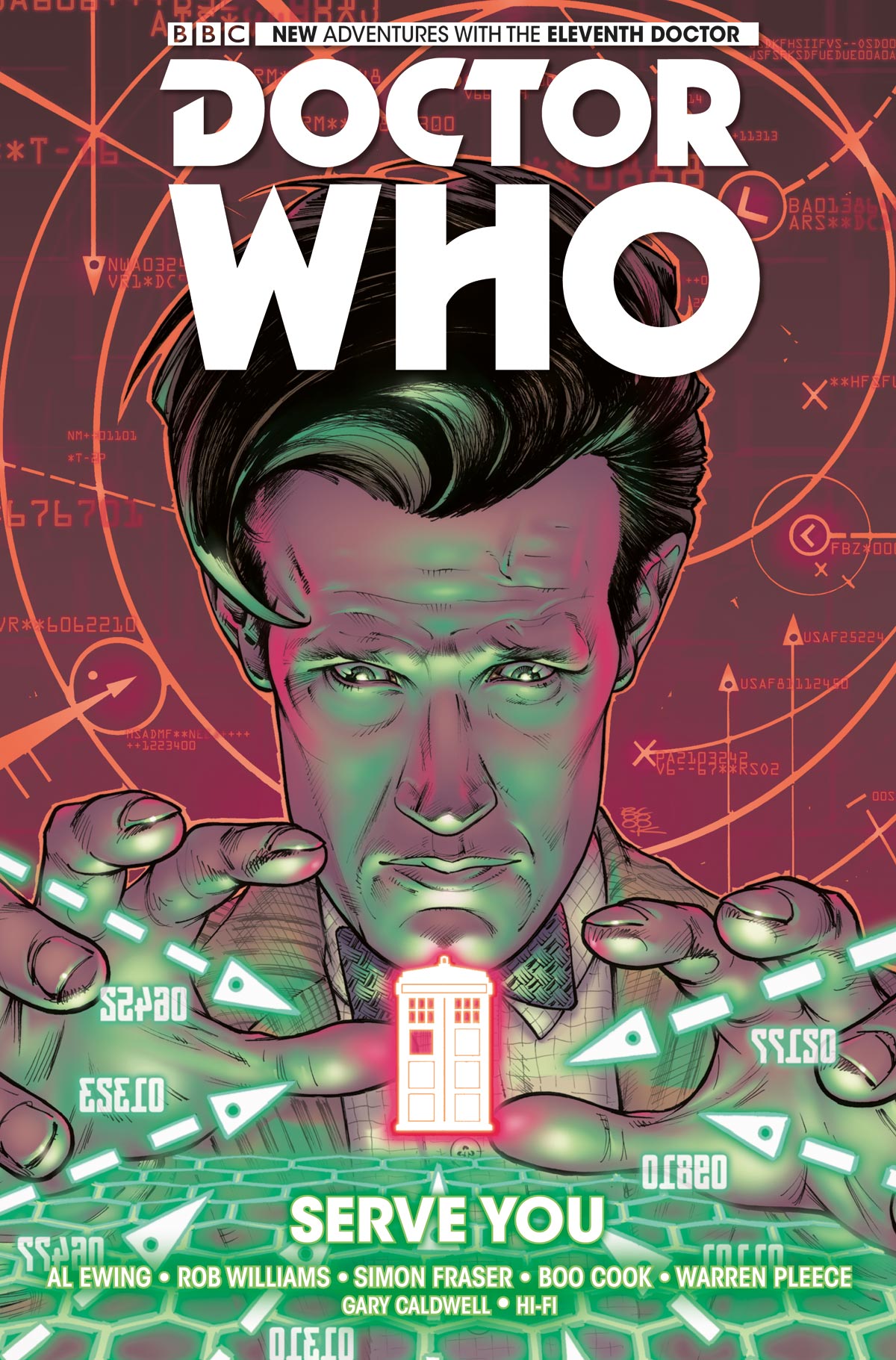 A threat in reverse as time inside the TARDIS flows backwards! An ancient alien war for supremacy in the sky comes to near-future London! And the machinations of SERVEYOUinc revealed, when the Doctor hits them where it hurts – their wallets!

Three companions – three times the danger, three times the excitement! Experience every twist and secret reveal in the thrilling second act of The Eleventh Doctor’s first year in comics!