With the news that Mark Gatiss is to star in the forthcoming Doctor Who Christmas Special, also Peter Capaldi’s final ep as the Twelfth Doctor, we here at doctorwho.tv got to thinking about the writer/actor’s impressive oeuvre.

Or Whoeuvre, if you will.

Since the show’s return in 2005 Mark – a lifelong Doctor Who fan – has been a staple part of the show, be it writer or actor.

Below you can find the Whostory of Mark Gatiss. 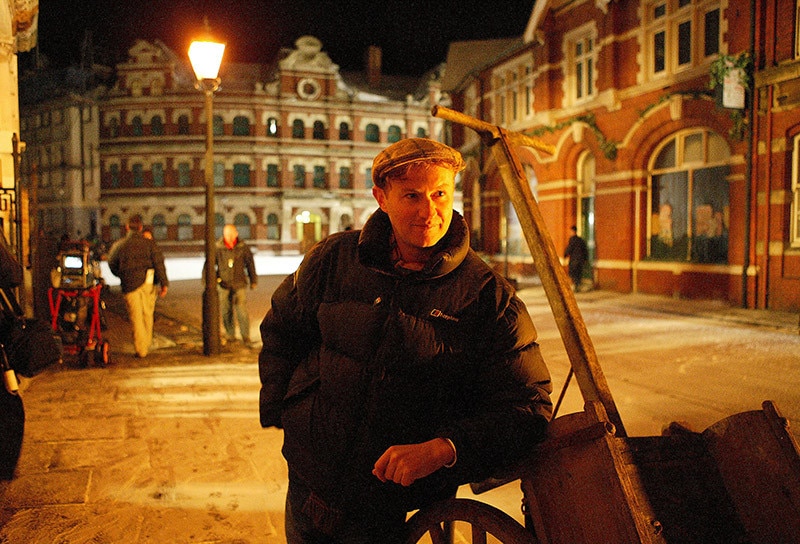 Now, over an incredible 12 years ago, this was Mark’s official Doctor Who television debut (for more info on his pre-2005 work, see below). And an impressive one at that.

The Unquiet Dead saw ghosts – well, alien lifeforms, The Gelth – meet the Ninth Doctor, Rose, Charles Dickens in 1869 Cardiff. Gatiss’ love for the ghoulish shone through with superb spooky visuals and a top-notch performance from Simon Callow as Dickens. 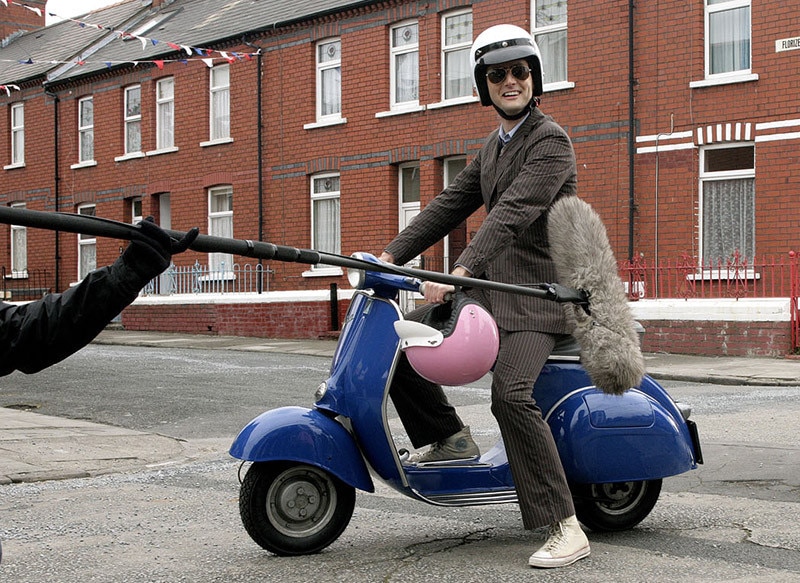 The following year, Gatiss delivered another period piece. Moving ahead to 1953 London (despite wanting the TARDIS to land in late-50s New York to watch Elvis), the Tenth Doctor and Rose uncovered The Wire. No, not the Baltimore-based cop show, but actress Maureen Lipman trapped in a telly and sucking people’s faces off. 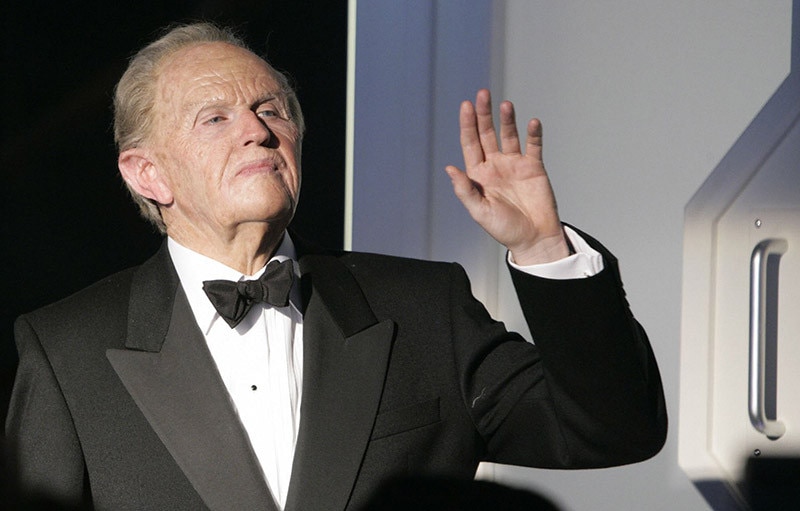 A change for year three of Who’s return and Mark pops himself in front of the camera as the titular character in a story written by Stephen Greenhorn. 76-year old Professor Richard Lazarus created the “miracle” of turning back time on his body some 40 years. However, he hadn’t figured on all the variables…

In the book by former showrunner Russell T Davies, The Writer’s Tale, an episode from Mark Gatiss was included in the Series Four schedule. Initially placed as Episode Three, the story was to see monsters at loose in the Natural History Museum during a Nazi invasion in World War II. Russell was “worried” about recreating WWII so soon after Series One’s The Empty Child / Doctor Dances and opted instead to go with what would become, The Fires Of Pompeii. 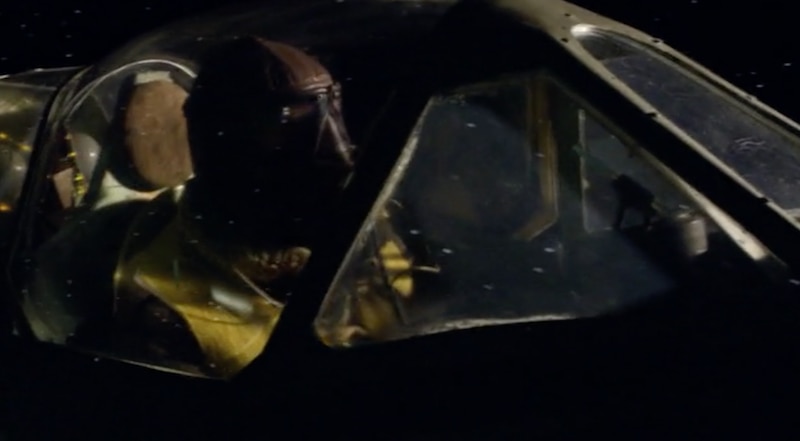 Mark writes for the Daleks! Not only that, he introduces the New Dalek Paradigm to the world. In another period piece, the Eleventh Doctor and Amy meet Winston Churchill in a tea-making plot by the Daleks.

Fact fans will note: the writer made an uncredited appearance as Spitfire pilot, “Danny Boy” – making him the first person in Doctor Who to write and appear in the same ep. The same character would briefly return for the epic battle at Demons Run in A Good Man Goes To War (2011). 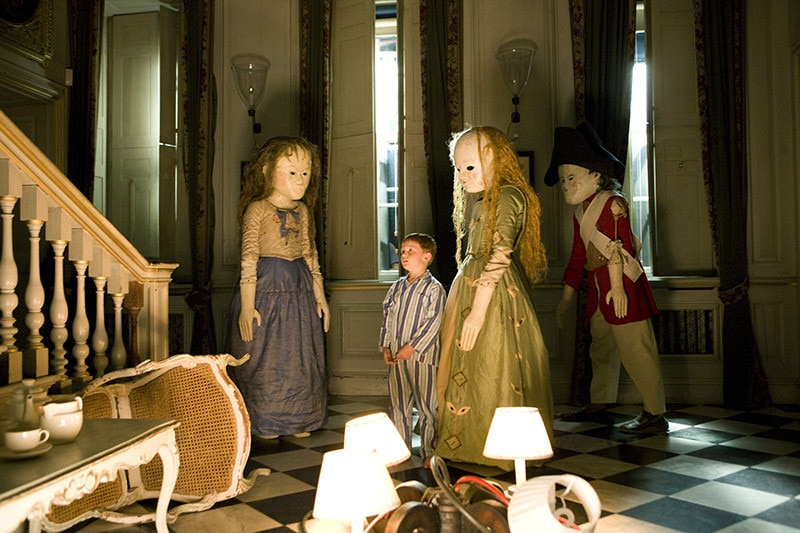 Mark’s first contemporary story was not short on old-skool scares. The Eleventh Doctor, Amy and Rory were called to a block of flats in the UK via distress call. It turns out it was from a young boy called George, who was not quite what he seemed.

But it was the unnerving life-size Peg Dolls that caused many a sleepless night after the ep aired. 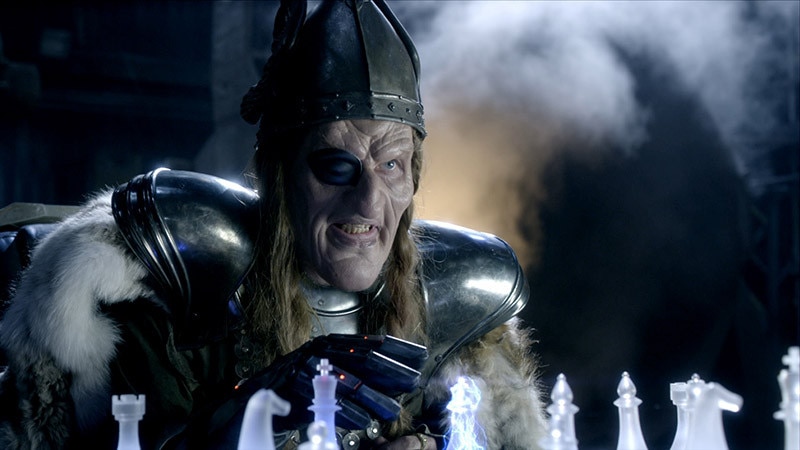 Another acting role for Mark though, if you look in the credits, you won’t find him listed.

“Live Chess” player Gantok came to a grisly end after meeting the Eleventh Doctor and was played by a heavily made-up Gatiss (with extraordinary prosthetics). Mark’s nom-de-plum here was Rondo Haxton, a reference to horror actor Rondo Hatton, whose unique facials features made him a cult icon.

A personal favourite of Mark’s, the Ice Warriors made their post-2005 onscreen debut. Like the majority of his stories, this is set in the past - the 80s. And, also like many of histories, packed with chills. The claustrophobic setting of a Russian submarine was perfect for this thriller featuring lone Ice Warrior, Skaldak.

The Eleventh Doctor and Clara traveled back even further from the 80s, to 1893,where they teamed up with the Madame Vastra, Jenny Flint and Strax. The gang were investigating odd goings-on in Sweetville, Yorkshire. Most memorably, the Doctor was left stiff with red skin.

Back to 1190 to meet Robin Hood! This romp was a departure from the normal Gatiss horror-influenced stories and showcased the writer’s considerable comic talent. Fact fans will be delighted to learn that Alan-a-Dale was played by Mark’s husband, actor Ian Hallard.

To the future! For the first time on television, Mark takes a trip into the unknown. With classic scares and jumps, this very unusual Doctor Who episode in the “found footage” format is unique. Also stars Gatiss’ fellow League of Gentlemen alumni, Reece Shearsmith.

The Ice Warriors return! Mark had initially planned to do a sequel to Sleep No More but chose instead to revisit the Martians on their own planet. Another period piece, of sorts, this exciting tale introduced a new female Ice Warrior, Iraxxa, and saw Victorian soldiers on Mars.

We don’t know much about Peter Capaldi’s finale as the Twelfth Doctor, but with David Bradley back as The First Doctor and Mark Gatiss in tow (as you can see below) as WWI soldier known as 'The Captain', this sounds like a spectacular special. 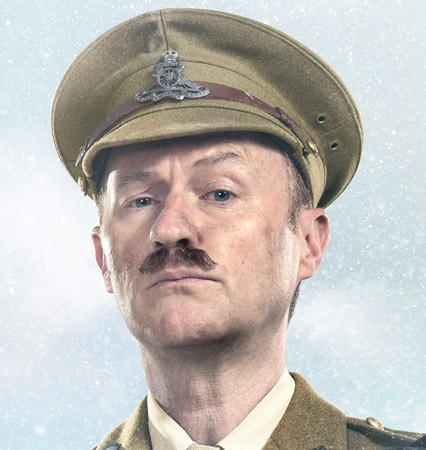 Pre-2005, Mark Gatiss and Doctor Who had quite the relationship. In 1992, his first Doctor Who novel was released – Nightshade. The writer would go on to have a number of books published over the 90s and also star in and write for the Big Finish Doctor Who audio adventures range. In 1999, Gatiss starred in a series of comedy sketches for “Doctor Who Night” on BBC Two – including a role as THE Doctor (pictured below). 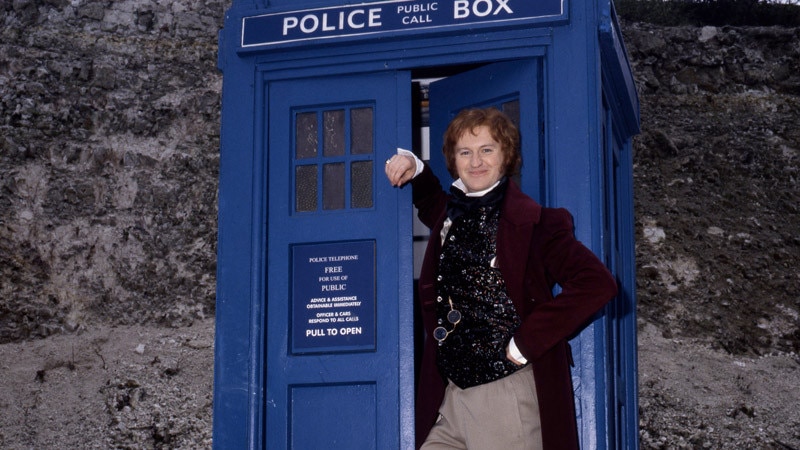 And let’s not forget Mark’s role as the narrator of Doctor Who Confidential in its second series (2006) and his fantastic drama, An Adventure In Space and Time, which told the story of the genesis of Doctor Who on television (and also starred David Bradley as The First Doctor).

Mark Gatiss will next be seen in the Doctor Who 2017 Christmas Special.