As always, Big Finish have some big stories for Whovians and in December you can find the return of the War Master, as played by Sir Derek Jacobi, and stories for the First, Second and Sixth Doctors. 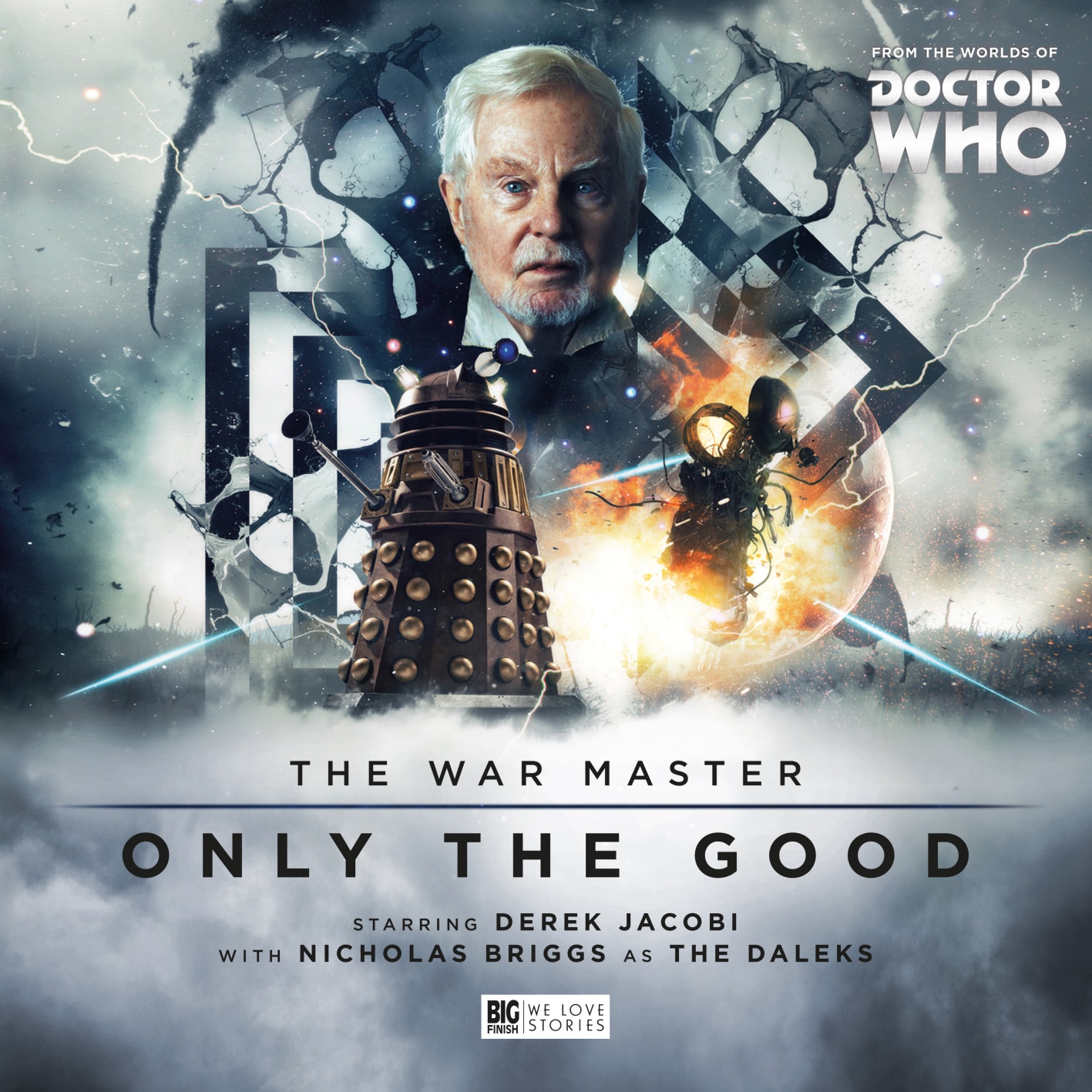 Beneath the Viscoid by Nicholas Briggs
On the ocean planet Gardezza, deep beneath the Viscoid, a mysterious capsule is recovered from the Time War, and an equally mysterious stranger found within. The Doctor’s reputation precedes him, even here... but can he be trusted?

The Good Master by Janine H Jones
The Time War rages around Arcking - a planet serving as a sanctuary for the sick and injured. But Arcking is protected by a mysterious, powerful force: a force the Master will stop at nothing to harness... even if time itself is against him.

The Sky Man by James Goss
When his new companion decides to save a planet, the Master indulges this most futile of requests. Materialising on a primitive, agrarian world, both the strangers quickly find their place in it... until fallout from the War invades their happy paradise.

The Heavenly Paradigm by Guy Adams
With his plans approaching fruition, the Master travels to Stamford Bridge in the 1970s: a location he believes might hold the key to his success. But what terrible secret lurks under the stairs of No. 24 Marigold Lane? And what sacrifices will the Master make in the name of ultimate victory?

The War Master Series 1 is a 5 CD set starring: Sir Derek Jacobi (The War Master), Nicholas Briggs (The Daleks), and many more. This title goes on general release from Feb 28, 2018. Deep in the heart of nowhere, near a place called Abbey Marston, there’s a caravan site. The perfect place to get away from it all. Close by, there’s a stone circle they used for human sacrifice in olden times. A little further afield, there’s an old RAF research station, where they did hushhush things in the War.

There’s only one rule: the use of radios, cassette recorders and portable televisions is strictly forbidden.

No-one wants to hear the ghosts. 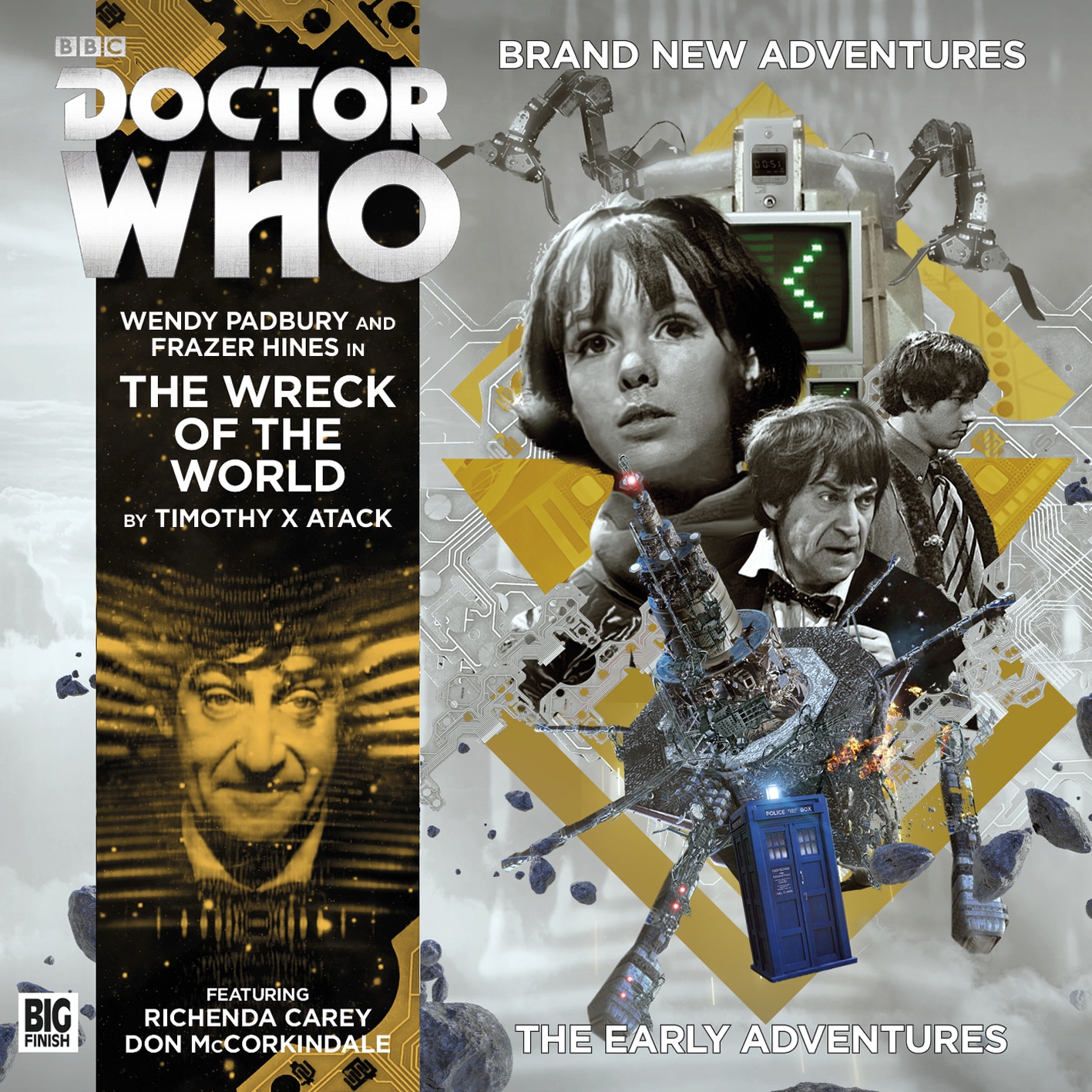 The Wreck of the World

Undergoing repairs in deep space, the TARDIS is caught in a collision with the huge, decaying wreck of a starship. Zoe, spacewalking, is separated from her companions in the crash, and the Doctor and Jamie wake to find the TARDIS fused to the side of the ship.

Venturing inside to rescue their friend, they discover that they are on board The World, the very first colony ship to leave Earth, lost mid-voyage under unknown circumstances.

And they are not alone. A terrible suspension chamber is filled with dead, withered human bodies, and a team of gun-toting astronauts are stalking the corridors. But a far greater threat lurks deep inside. The terrifying force responsible for the scuttling of the ship is active once more - and if it can’t be stopped, it won’t just be the end of this World. It’ll be the end of all of them.

The Wreck of the World is a 2 CD set starring: Wendy Padbury (Zoe Heriot/Narrator), Frazer Hines (Jamie McCrimmon/The Doctor), and many more. This title goes on general release from Jan 31, 2018. It's Christmas time, there's no need to be afraid...

The TARDIS has landed in a winter wonderland and the weather outs ide is frightful. A world of dread and fear and it's not just the frost that is cruel... It's Christmas Eve, but will the Doctor and Steven get to see another one? And of all the trees in the wood, who really bears the crown?

O Tannenbaum is narrated by Peter Purves (companion Steven Taylor) and will be available exclusively on the Big Finish website.