This October is another big month from Big Finish as they unleash two boxsets featuring past Doctors, a short story anthology, the return of two classic friends of the Doctor and even River Song! 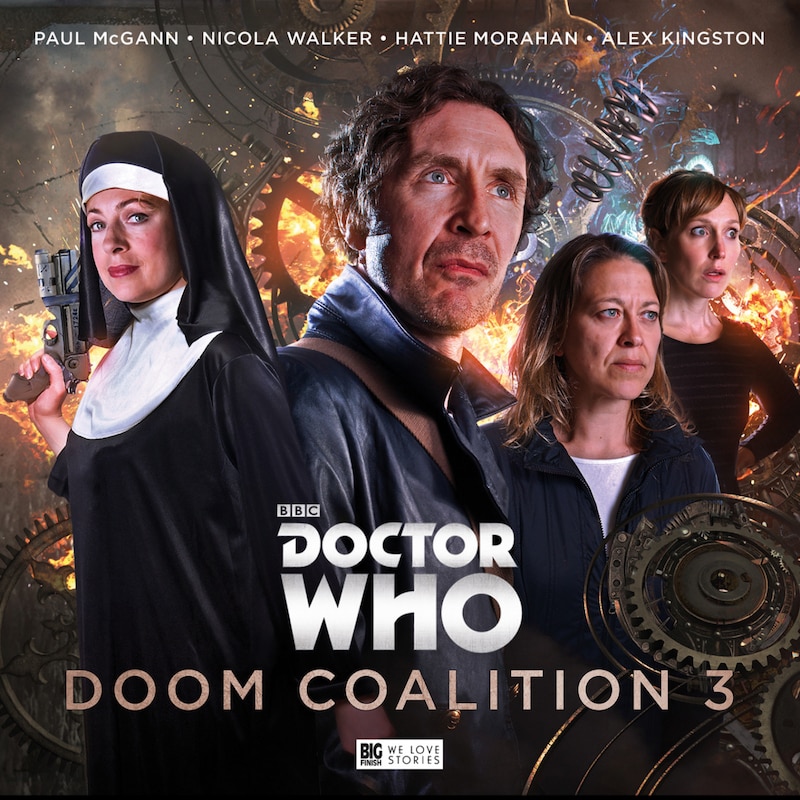 Following the events of the first two series of Doctor Who - Doom Coalition, the Eighth Doctor (Paul McCann) continues to battle the plans of the insane Eleven, a Time Lord with all his past regenerations living in his head... 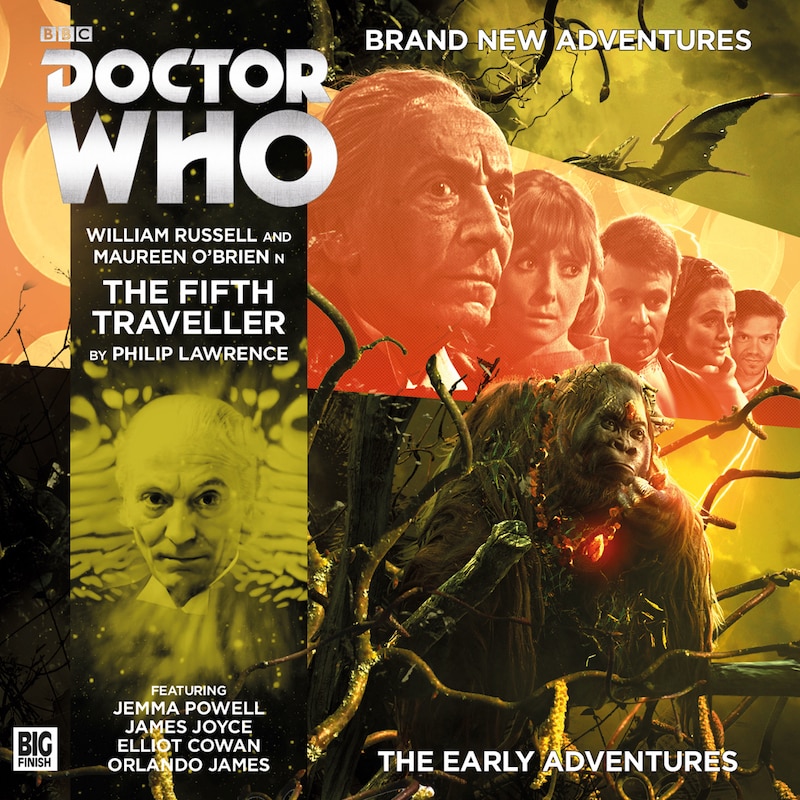 THE EARLY ADVENTURES - THE FIFTH TRAVELLER

The Doctor, Ian, Barbara, Vicki and Jospa land the TARDIS on the homeworld of the Arunde. Emerging into the jungle that covers the planet and encountering the strange wildlife dwelling within, the travellers are unaware that the true rulers live high above them in the trees.

The ape-like members of the tribe are in trouble. The last Matriar's nest has been lost to the surface, and the people are hungry... Maybe these strangers may be responsible. And some believe they may be salvation.

The TARDIS crew are about to find themselves in the middle of somebody else's battle. But there's more at stake than even they can know.

The Fifth Traveller is a 2 CD set starring William Russell (Ian Chesterton), Maureen O'Brien (Vicki) and Jemma Powell (who played Barbara actress Jacqueline Hill in 2013's An Adventure in Space and Time). This title goes on general sale from Nov 30, 2016. 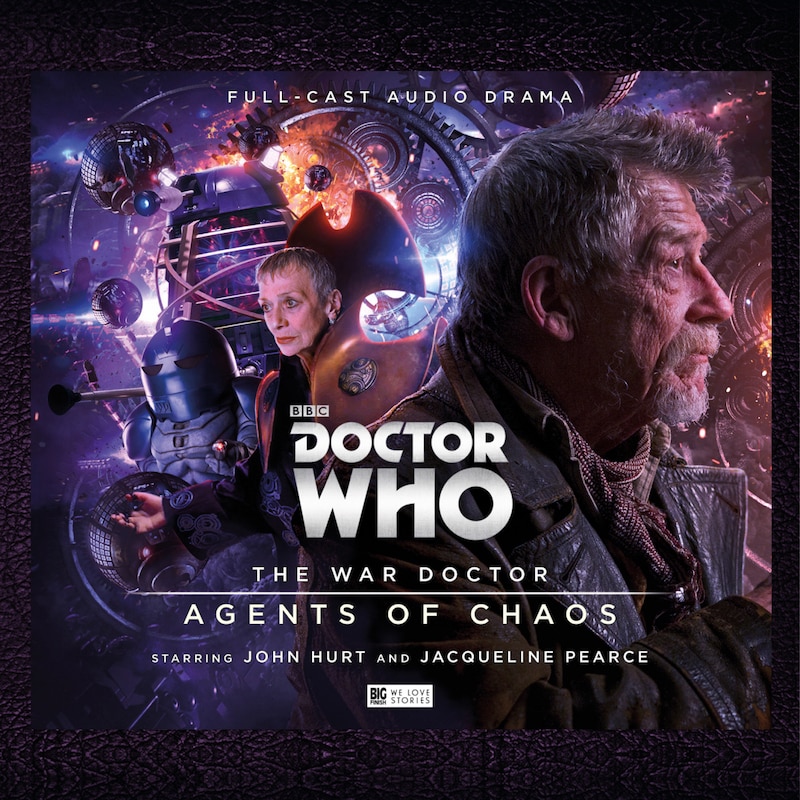 THE WAR DOCTOR 3: AGENTS OF CHAOS

The Time War between Daleks and Time Lords rages across the history of the cosmos. Nowhere is safe. Worlds are ravaged by battles beyond their understanding, but certain other races hunger to fight in the ultimate conflict.

When Earth comes under threat, the War Doctor is drawn into Ollistra’s schemes once again. But the wily Time Lord Cardinal has not foreseen every move. The Dalek Time Strategist has its own game-pieces in play, and when volatile forces with their own agenda join the fray, no-one can predict how the war might turn…

Agents Of Chaos is a 4 CD set starring John Hurt as The War Doctor, Jacqueline Pearce (who starred as Chessene in 1985’s The Two Doctors), Neve McIntosh (known to Who fans as Madame Vastra), Nicholas Briggs (voice of the Daleks), and many more. This title goes on general sale from Dec 31, 2016. 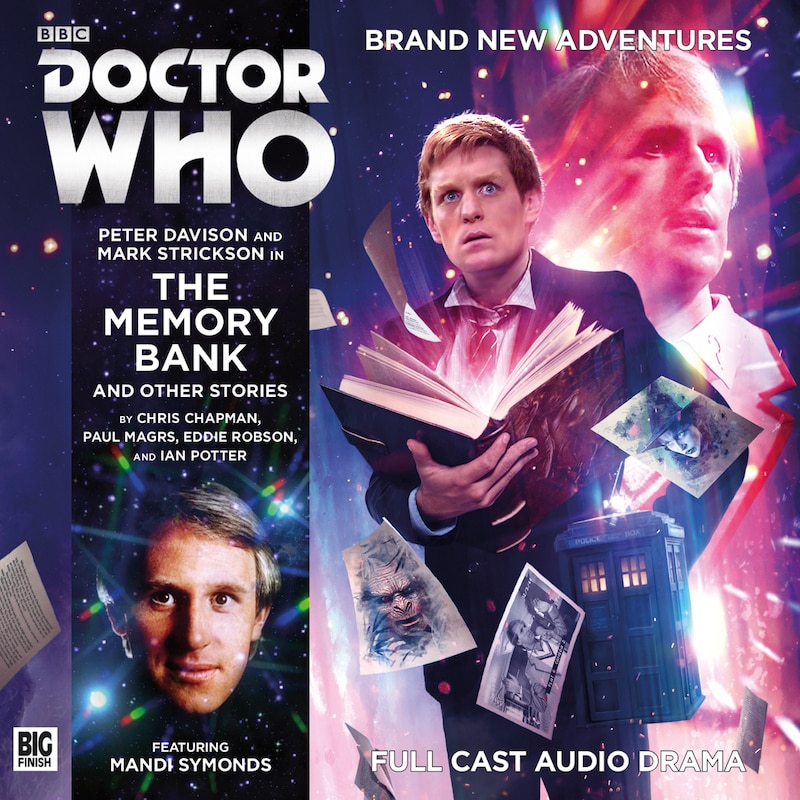 THE MEMORY BANK AND OTHER STORIES

The Memory Bank
The Doctor and Turlough arrive on a planet where to be forgotten is to cease to exist. But the Forgotten leave a gap in the world – and that’s where the monsters are hiding.

The Last Fairy Tale
Deep in the heart of old Europe, the village of Vadhoc awaits the coming of a mythical teller of magical tales – but not all such stories end happily, the TARDIS travellers discover.

Repeat Offender
The Doctor has tracked the deadly Bratanian Shroud to 22nd century Reykjavík – where he’s about to become the victim of a serial criminal. Again.

The Becoming
A young woman climbs a perilous mountain in search of her destiny. The Doctor and Turlough save her from the monsters on her trail – but what awaits them in the Cavern of Becoming is stranger, even, than the ravening Hungerers outside.

The Memory Bank And Other Stories is a 2 CD set starring Peter Davison as The Fifth Doctor, Mark Strickson as Turlough, and many more. This title goes on general sale from Nov 30, 2016. 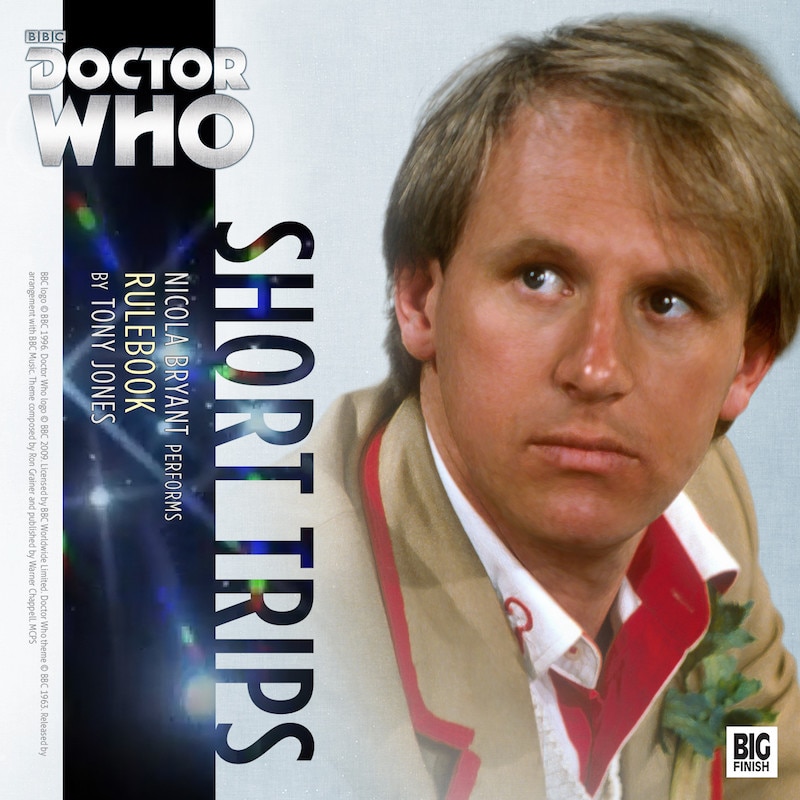 The Ellani of Beadledom 3 lived their lives in regulated harmony until they were invaded by the Valtor. Of course the Doctor and his new companion Peri were delighted to help out, but they didn’t know their biggest challenge wouldn’t be the Valtor army, but the Rulebook...

Short Trips - Rulebook is narrated by Nicola Bryant (best known as companion Peri) and is available exclusively on the Big Finish website. 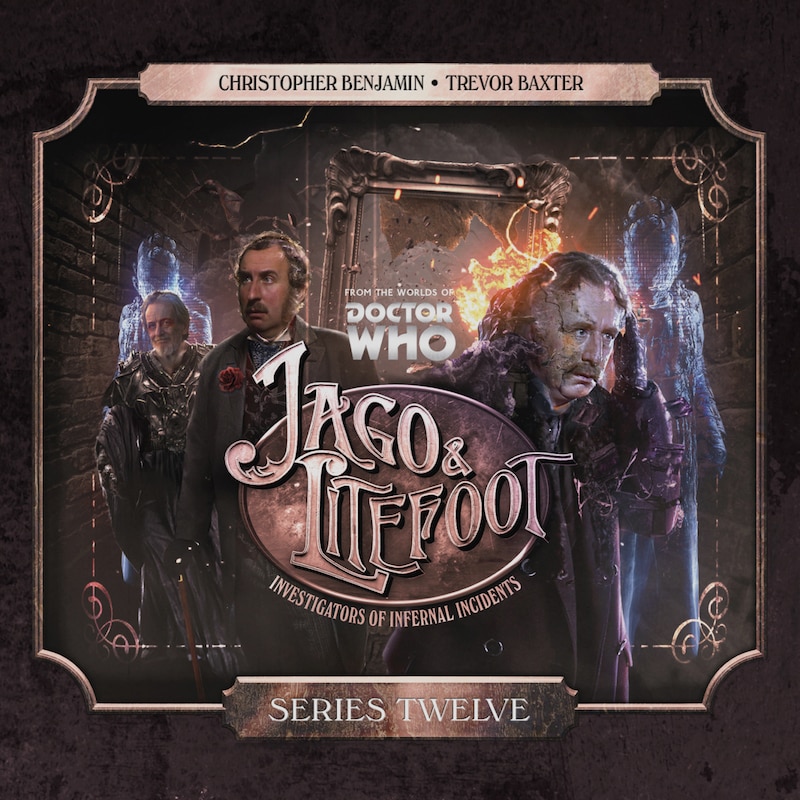 This is the twelfth of an incredibly popular audio spin-off series of two Doctor Who characters first encountered in hit story The Talons of Weng-Chiang in 1977.

Actors Trevor Baxter and Christopher Benjamin (who returned to Doctor Who in 2008’s The Unicorn and the Wasp) reprise their roles once more as Professor Litefoot and Henry Gordon Jago in these four stories.