Meet the Time Lord with the attack eyebrows, with series 8 the next series to be given the steelbook treatment! The Blu-ray steelbook of series 8 will be released 19th April 2021, featuring new and exclusive artwork.

Series 8 is the first full series of adventures with Peter Capaldi as the Twelfth Doctor and Jenna Coleman returning as Clara Oswald. This series also featured Samuel Anderson as Danny Pink and Michelle Gomez as Missy, a very different incarnation of the Master.

Series 8 is available to pre-order on Amazon, HMV and Zavvi now.

There’s a brand new face at the controls of the TARDIS as Peter Capaldi becomes the Twelfth Doctor steering the blue box. In a feature-length opener we see the Doctor crash land in Victorian London.

As Clara struggles to recognise the man she thought she knew so well, killers are stalking the capital. A slaughterhouse restaurant and a buried space ship lead the Doctor into a confrontation with a long forgotten foe … but how far will this new man go to protect his friends?

The Doctor and Clara encounter wonders and horrors. They meet a fleet of Daleks while attempting to rescue a stranded ship of human survivors, face ranks of Cybermen stalking the Earth, and go back in time to join Robin Hood in a fight with killer robots. As Clara falls for handsome fellow teacher Danny, can she keep her two extraordinary lives going? 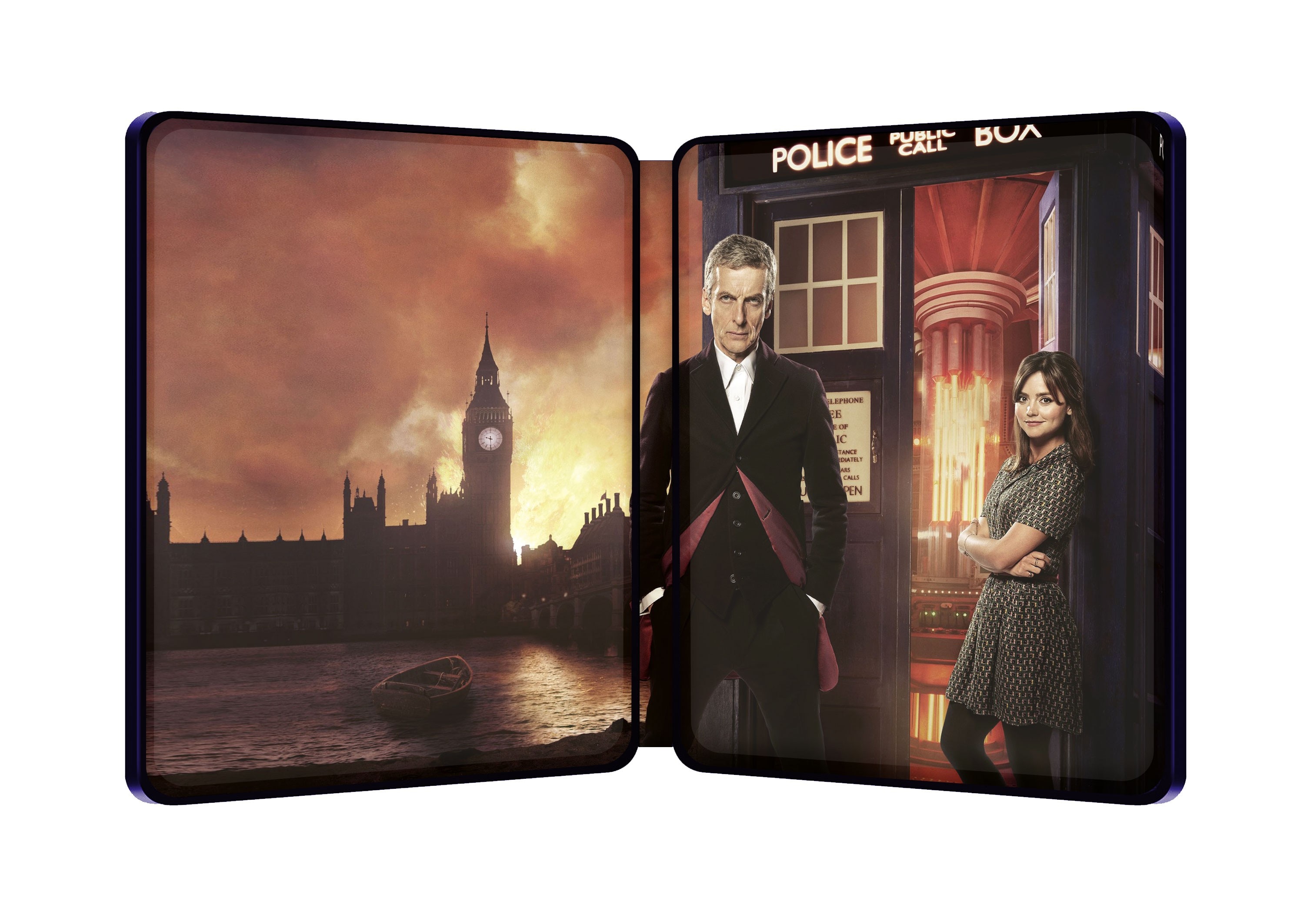