Coming soon from Big Finish there are some exciting adventures to keep you warm and fuzzy throughout November. As well as the Tenth Doctor and Rose audios, there's a new UNIT boxset, the long-awaited return of Jackie Tyler (played by Camille Coduri) and much much more.

All titles are initially available exclusively from the Big Finish website in November. 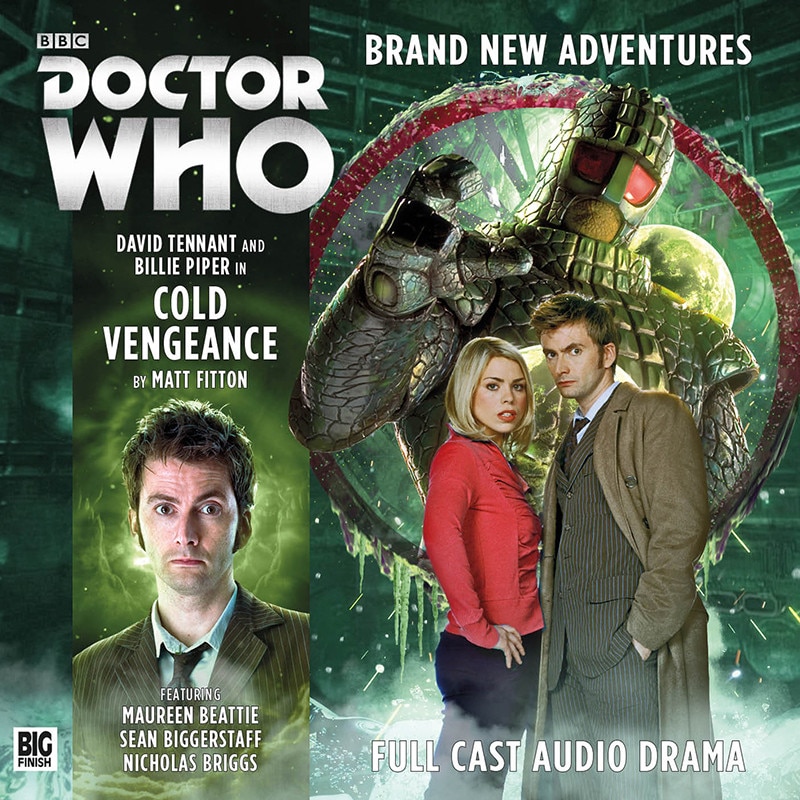 The TARDIS arrives on Coldstar, a vast freezer satellite, packed with supplies to feed a colony world.

But there are cracks in the ice, and something scuttles under the floors. Soon, Rose and the Doctor encounter robots, space pirates and... refuse collectors.

As Coldstar's tunnels begin to melt, an even greater threat stirs within. An old enemy of the Doctor puts a plan into action - a plan for retribution.

Nobody's vengeance is colder than an Ice Warrior's.

Cold Vengeance is a 1 CD set starring: David Tennant (The Doctor), Billie Piper (Rose Tyler), and many more. This title goes on general release from 28 February 2018. 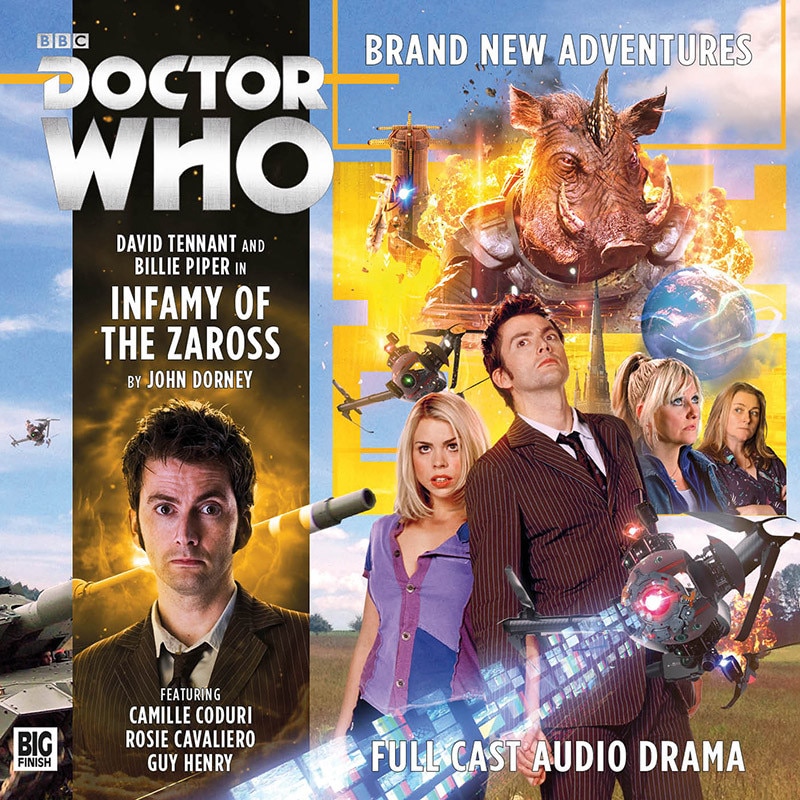 When Jackie Tyler takes an away day to visit her old friend Marge in Norwich, she finds her holiday immediately interrupted in the worst way possible - an alien invasion! The infamous Zaross have come to take over the Earth.

Or have they? After Jackie calls in the Doctor and Rose to deal with the menace, it soon becomes clear that this is a very unusual invasion indeed.

The Doctor is about to uncover one of the most heinous crimes in the history of the galaxy. And if he can't stop it an awful lot of people are going to die. 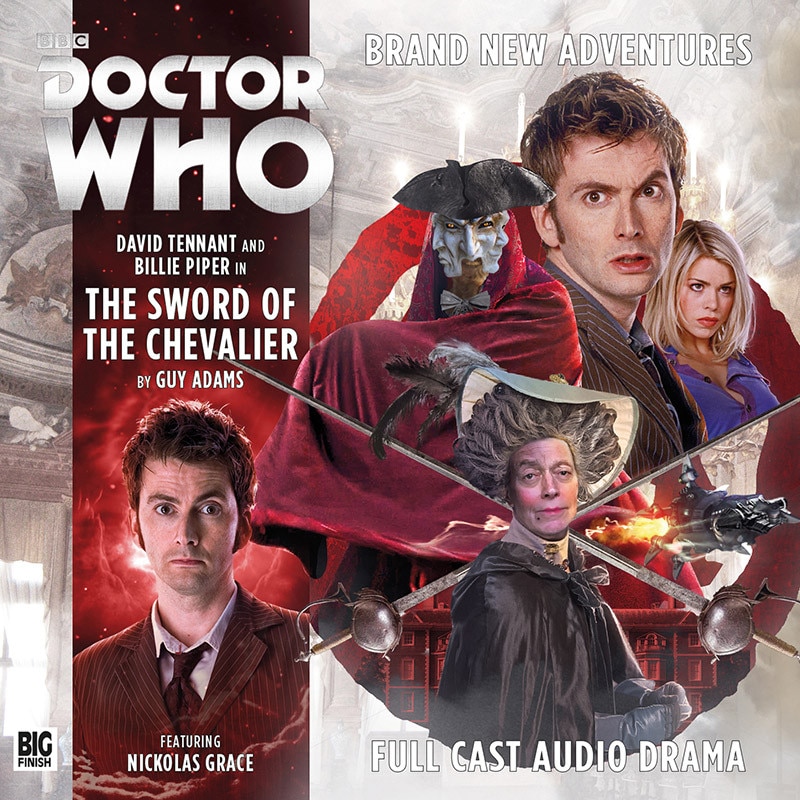 The Sword of the Chevalier

1791 and the Doctor and Rose get to meet one of the most enigmatic, thrilling and important people in history: The Chevalier d’Eon. She used to be known as a spy, but then she used to be known as a lot of things. If there’s one thing the Doctor knows it’s that identity is what you make it. Choose a life for yourself and be proud. Mind you, if the Consortium of the Obsidian Asp get their way, all lives may soon be over...

The Sword of the Chevalier is a 1 CD set starring: David Tennant (The Doctor), Billie Piper (Rose Tyler), Nickolas Grace (Chevalier D’Eon), and many more. This title goes on general release from28 February 2018. 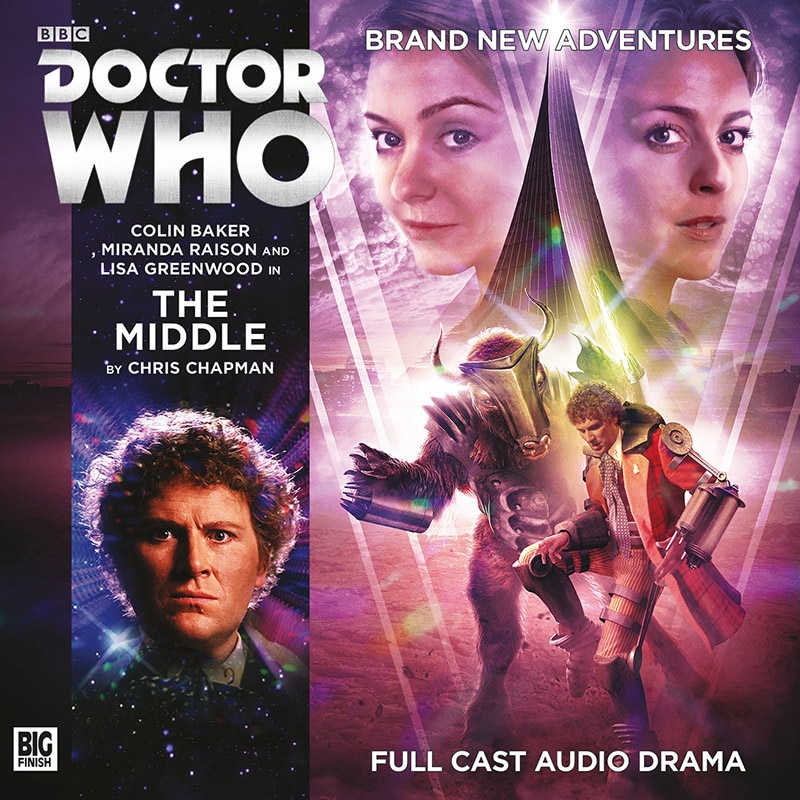 It’s L/Wren Mrs Constance Clarke’s birthday – and Flip is determined to make it an anniversary to remember.

The futuristic colony of Formicia, where the pampered populace pass their days in endless leisure, seems the perfect place for a ‘Wren Party’. But all is not as it seems. Looking down from the Middle, the skyscraping tower that ascends as far as the colony ceiling, Formicia’s overseers can see that the Doctor doesn’t fit in – and it’s not just his coat that makes him conspicuous...

“The End is the Beginning,” say the propaganda-like posters all over Formicia. Because to be part of this perfect society comes at a price. And the Doctor's already in arrears. 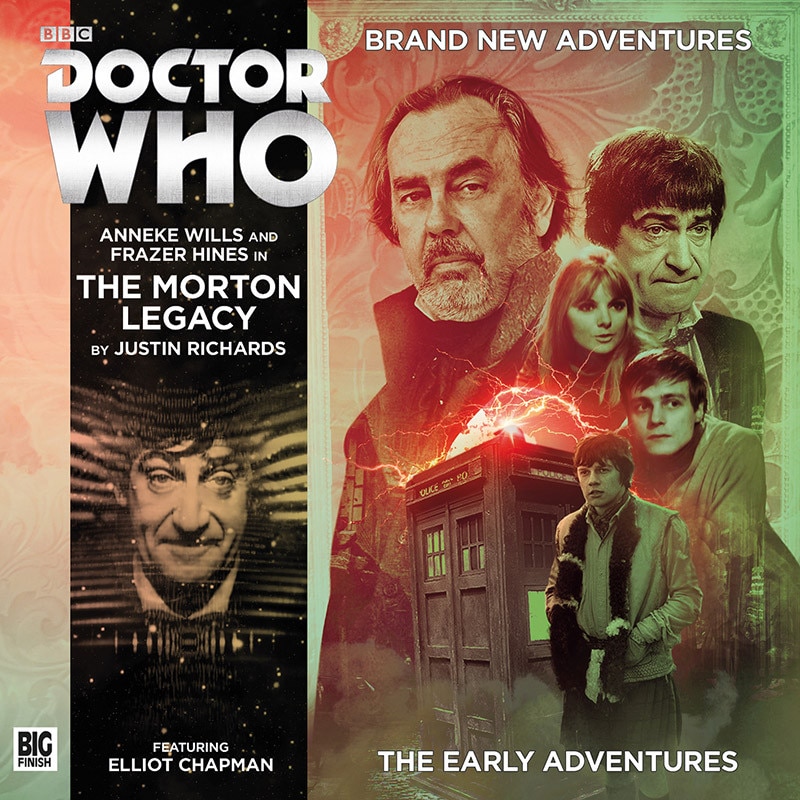 When the TARDIS lands in London, Ben and Polly are initially delighted to be back home... until they realise that they’re a hundred years too early. But this is nothing next to how the Doctor and Jamie feel when the TARDIS itself vanishes!

Their attempts to locate their ship lead them to an antiquarian, Josiah Morton, possessed of a most unusual collection that is currently subjected to a legal dispute. But they’re not the only people interested in him. Dangerous criminals watch from the shadows, waiting for a moment to strike. And the police are calling too – accusing him of murder.

An unusual series of deaths have been occurring across the capital, and all signs point to Morton as the culprit. But is he really a killer? Or is there something else at large in the city? Something... alien? 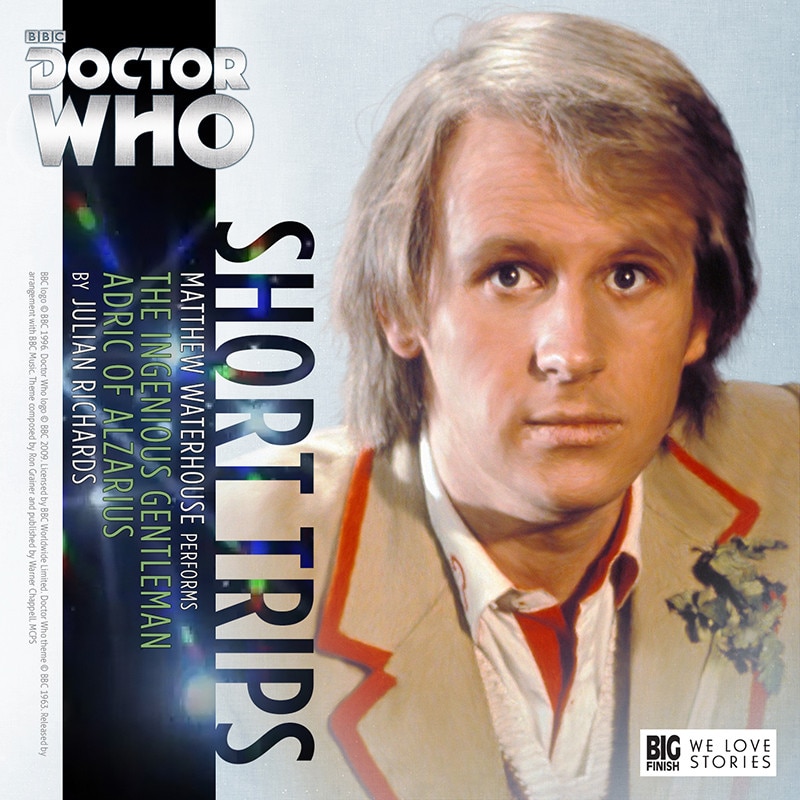 Sir Keeyoht of la Koura, and his loyal squire Adric, are on a quest. A great and noble quest to stop that most vile of Enchanters, the Doctor, from claiming the greatest treasure in the land. Along the way they intend to battle giants (or possibly windmills), inspire adventurers, rescue a princess and ultimately come face to face with that most terrifying of all monsters, the Dragon.

Except Adric knows there are no such thing as Dragons...

The Ingenious Gentleman Adric Of Alzarius is narrated by Matthew Waterhouse (Adric) and will be available exclusively on the Big Finish website. 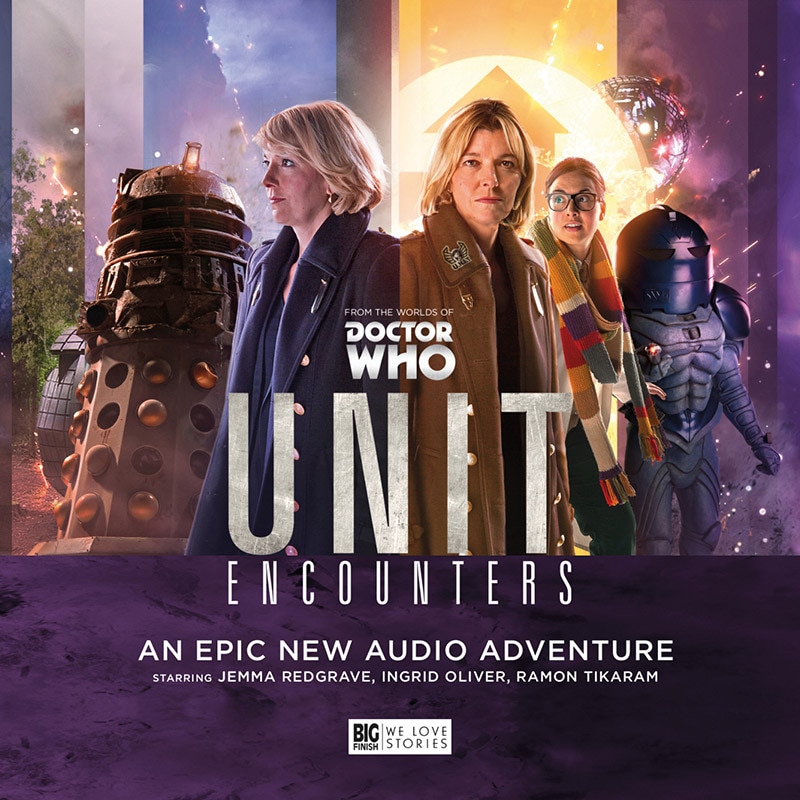 All titles are initially available exclusively from the Big Finish website in November.