Doctor Who: Power of the Daleks, the brand new animated version of the much celebrated lost story, is set to be a must buy for every Doctor Who fan with a wealth of extra material available with both the BBC Store and DVD releases.

Check out the DVD artwork from Classic Who artist Colin Howard (which comes with a reversible cover, both included here) and Extras details below. 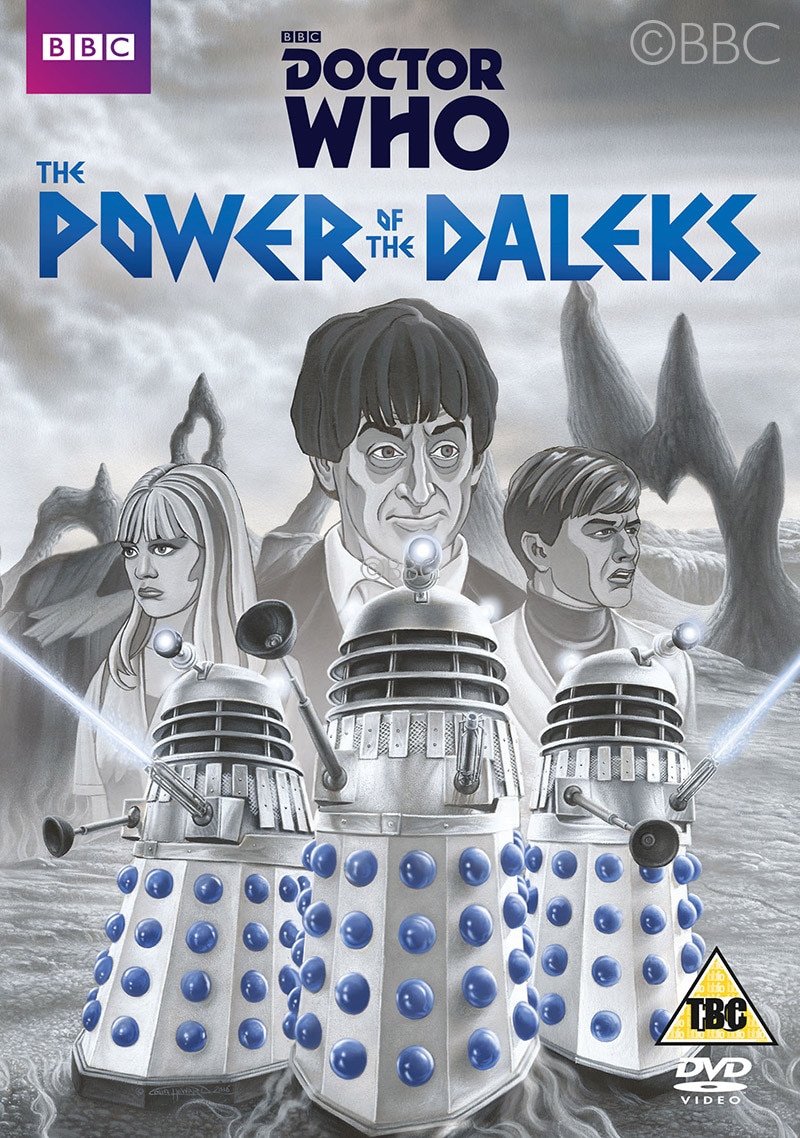 Extra treats fans can look forward to include commentaries and surviving footage, together with a documentary feature which stars the original cast and crew. Other bonus features include a gallery of artwork from the animation, and original shooting script. There’s even a rare chance to hear the original Dalek recordings from the show.

It's one of the Doctor’s most celebrated adventures and yet no complete film recordings of The Power of the Daleks are known to have survived. The master negatives were destroyed in an archive purge in 1974.

The six half-hour episodes feature the regeneration, or as it was then called ‘renewal’, of First Doctor William Hartnell into Second Doctor Patrick Troughton, as the Time Lord and his companions Polly (Anneke Wills) and Ben (Michael Craze) do battle with the Daleks on the planet Vulcan.

Doctor Who: Power of the Daleks will be priced at £9.99 SD and £12.99 HD from bbcstore.com from November 5, 2016 where each episode will air on consecutive days. Visit

A full list of extras is here, some of which will be available on BBC Store from November 14, and on the DVD upon its release on November 21. 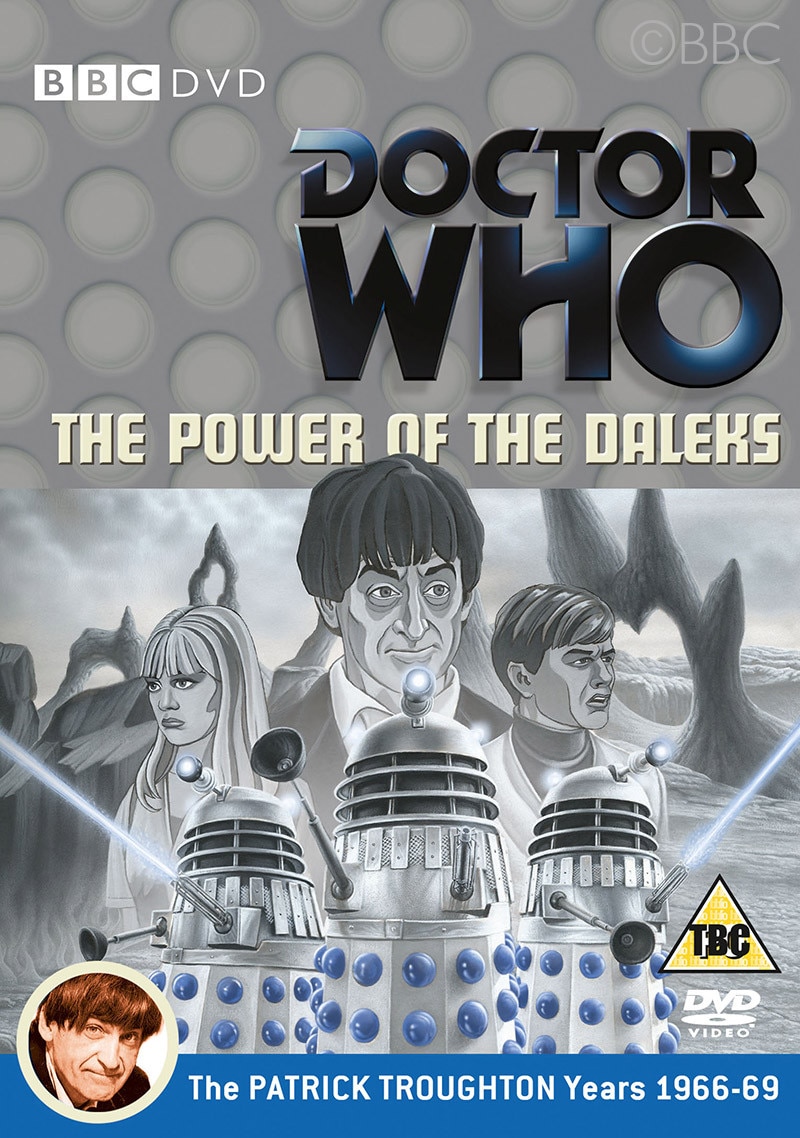 The option to listen to the story with a series of completely new digital re-masters of the original soundtrack – a stereo mix; a 5.1 surround sound mix and version of the original 1966 mono sound mix.

A compilation of animation tests, created during the production of the new animated series.

Audio Commentaries on all 6 episodes [DVD only]

Members of the original cast and crew are joined by members of the new animation unit to discuss the production of the story and its new animated reconstruction. Moderated by Toby Hadoke. Please note: this commentary also includes archive audio.

Booklet with Production Notes [DVD only]

An extensively researched set of production notes, written by the noted television historian Andrew Pixley, covering the behind the scenes story of how the original production was made.

An unedited presentation of the full original 'Doctor Who' title sequence, prepared using an all new HD re-master of the original film elements.

The Power of the Daleks Animation and Photo Gallery

The Power of the Daleks Surviving Footage & Original Trailer

A compilation of short film fragments and clips from the original 1966 BBC television production - the only surviving footage to remain of the show's original BBC1 run.

Rare and previously unreleased sections from the studio recordings that were made at Maida Vale Studios in 1966 for the Dalek voices.

Servants and Masters - The Making of The Power of the Daleks

A specially prepared documentary directed by John Kelly and featuring interviews with members of the original 1966 cast and crew. 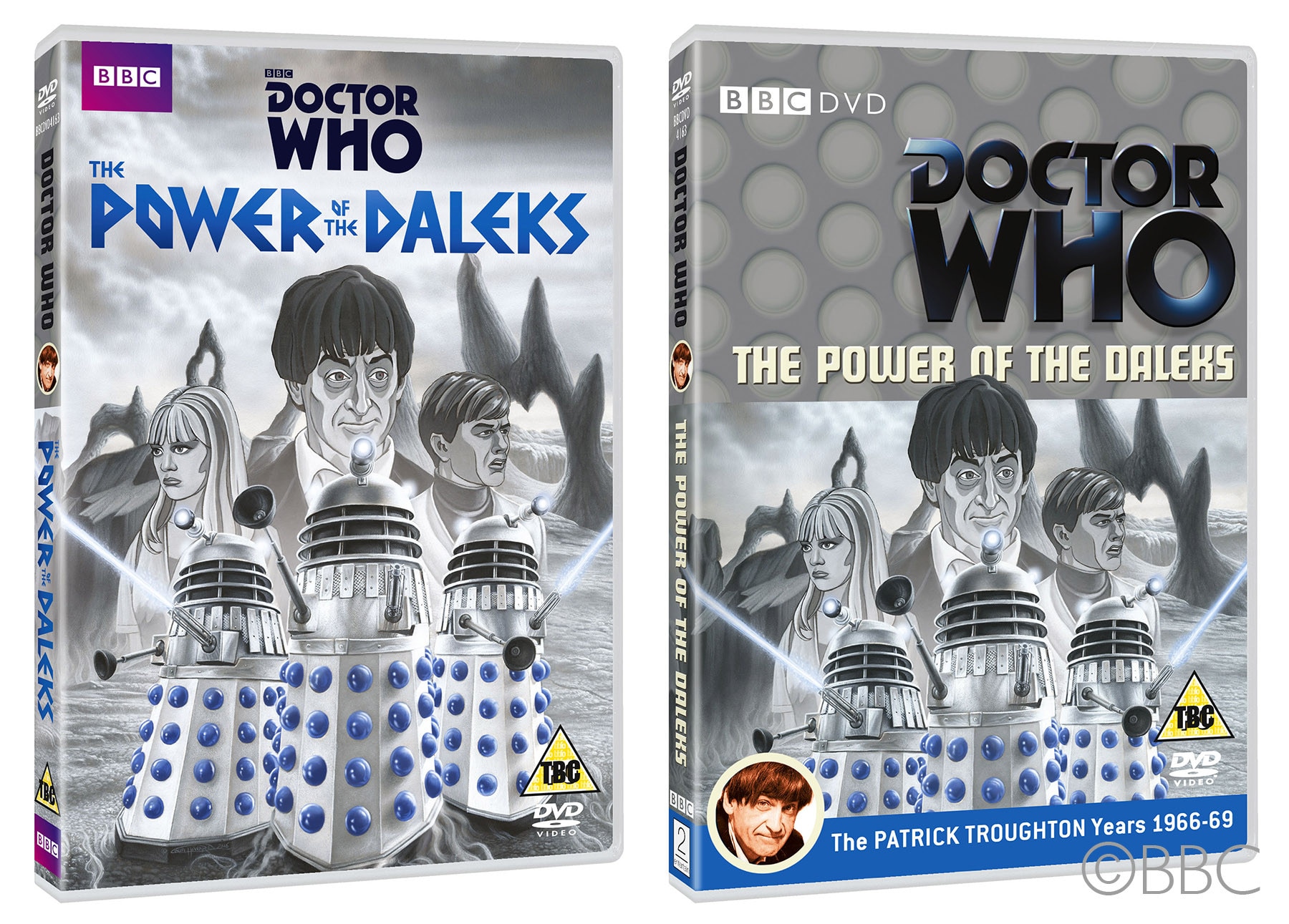 Details on further releases around the world for The Power of the Daleks to be announced.

Colin Howard, the artist behind the cover artwork, has been a familiar name to Doctor Who fans for decades. Self-taught, Colin first entered the Whoniverse by having his artwork featured in the W H Allen book, The Key to Time: A Year by Year Record in 1984.

Since then, he has gone on to do the artwork for several novels, Doctor Who Magazine, Classic Doctor Who comics, as well as 33 Doctor Who VHS tapes. Colin has also made his mark on The Power of the Daleks in more ways than one, drawing the TARDIS in the final scene of the animation! Visit www.colinhowardartwork.com for more fantastic artwork.