Whovians in the U.S. next month can enjoy an hilarious event as RiffTrax take on the Doctor Who classic, The Five Doctors.

RiffTrax Live: Doctor Who – The Five Doctors takes place in cinemas for two nights only on August 17 and 24, 2017. Purchase tickets

Originally released in celebration of the 20th anniversary in 1983, this special feature-length episode is set to get the full riff treatment live from the RiffTrax team (Michael J. Nelson, Kevin Murphy, and Bill Corbett, of Mystery Science Theater 3000 fame) in nearly 700 select movie theaters nationwide.

Tickets for RiffTrax Live: Doctor Who – The Five Doctors can be purchased online by visiting www.FathomEvents.com or at participating theater box offices. For a complete list of theater locations visit the Fathom Event’s website (theaters and participants are subject to change).

RiffTrax produce audio commentary tracks intended to be played in unison with television shows and films. Comedians Michael J. Nelson, Kevin Murphy, and Bill Corbett (all known for the Emmy-Nominated Mystery Science Theater 3000) provide the commentary, improvising and riffing whilst watching the films or shows. 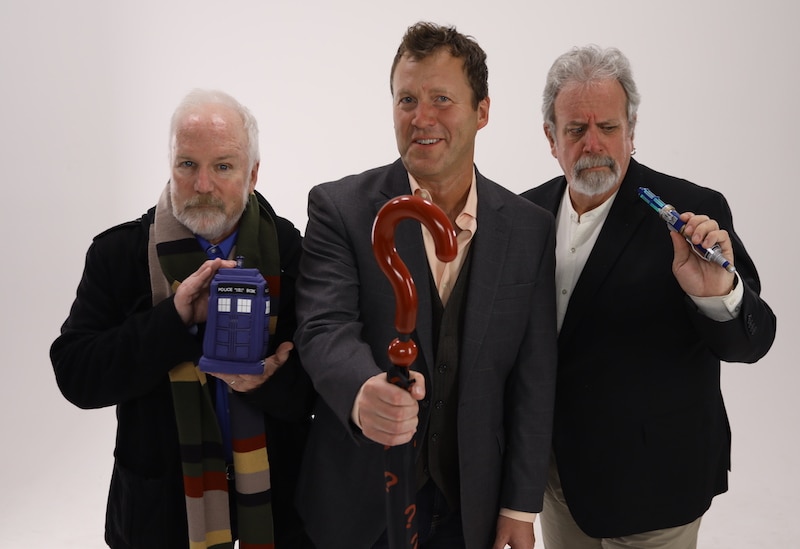 “We couldn't be more excited to finally be meeting the Doctor on the big screen. Well, not just one but five Doctors, making this event five times more fun."

“It’s great to be combining two fan-favorite programs, Doctor Who and RiffTrax, for the ultimate event experience. Cinema audiences and fans of both Doctor Who and Rifftrax are in for a real treat with this mashup of a British science fiction favorite.”

Someone is taking the Doctor's past selves out of time and space, placing them in a vast wilderness – a battle arena with a sinister tower at its center. As the various incarnations of the Doctor join forces, they learn they are in the Death Zone on their home world of Gallifrey, fighting Daleks, Cybermen, Yeti – and a devious Time Lord Traitor who is using the Doctor and his companions to discover the ancient secrets of Rassilon, the first and most powerful ruler of Gallifrey. 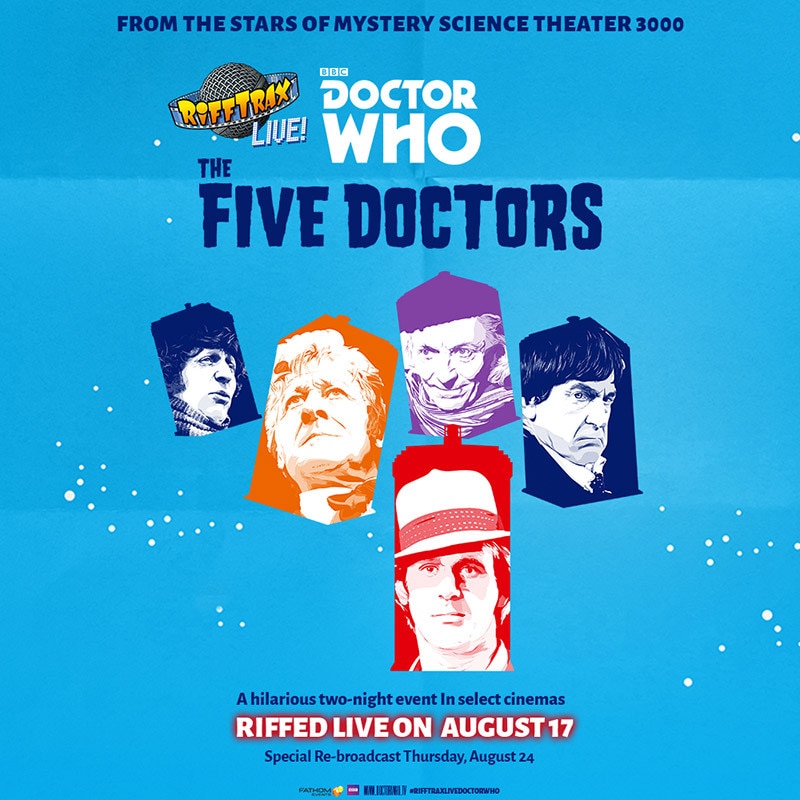