Fans of Paul McGann’s Eighth Doctor can rejoice with the release of both his televised exploits together in the blu-ray edition of the Doctor Who 1996 TV Movie.

This double-disc set, packed with extras, includes his first outing twenty years ago in the TARDIS and his more recent adventure from the 50th Anniversary year, Night of the Doctor.

PLEASE NOTE: This is an ‘upscale’ version of the TV Movie.

Check out the synopsis, extras and amazing artwork from artist Lee Binding below.

The Doctor is returning home to Gallifrey with the remains of his arch-nemesis, the Master. Forced off course, the TARDIS arrives in San Francisco on New Year’s Eve 1999, where the Doctor is critically wounded in a gangland gun battle. At the local hospital, Dr Grace Holloway fights – and fails – to save his life. Later, in the morgue, the Doctor wakes up a new man. But he is not the only one – the Master has also found himself a new body. As the clock counts down to the start of a new millennium, can the Doctor stop his oldest enemy destroying all life on Earth? 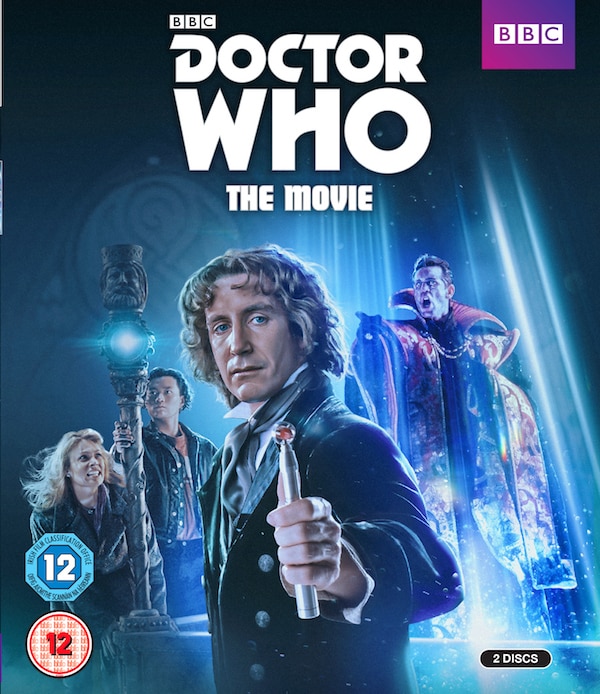 • The Seven Year Hitch
Documenting the return Doctor Who to the screen. Narrated by Amanda Drew.

• Isolated Score
The option to view The TV Movie with the isolated music soundtrack.

• Music Tracks
Four tracks from the production presented in full: In a Dream, All Dressed Up, Ride into the Moonlight and Auld Lang Syne. 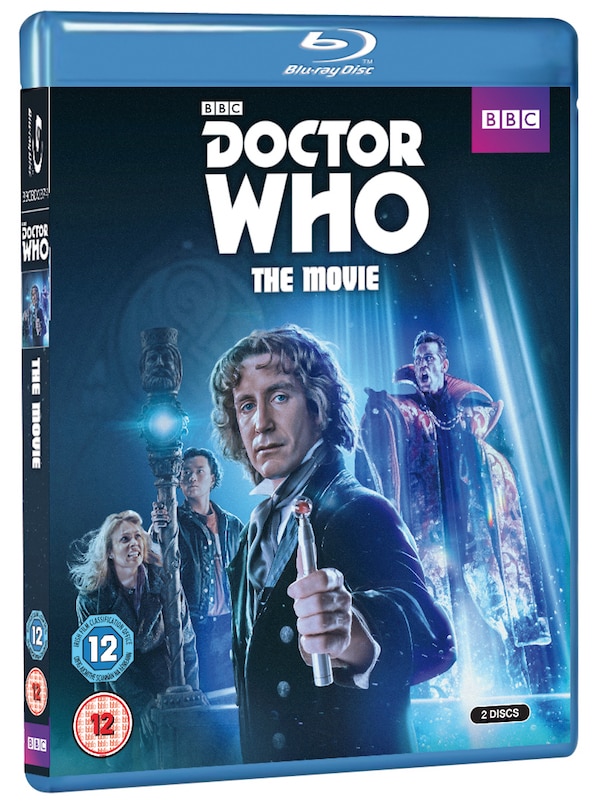 • Electric Press Kit
Used by Fox in 1996, this includes a short documentary and interview segments to allow other broadcasters to put together their own packages about the TV Movie.

• Behind the Scenes
On set and on location in Vancouver, Canada during the filming of The TV Movie.

• Philip Segal’s Tour of the TARDIS

• Who Peter 1989-2009
The second part of this documentary, exploring the special relationship between Doctor Who and Blue Peter. Presented by Gethin Jones.

• The Wilderness Years
In the years between the end of the classic series and the broadcast of The TV Movie, Doctor Who survived in print, video and audio, kept alive by fans who were determined not to let it die.

• Stripped for Action – The Eighth Doctor
Looking at the Doctor’s adventures in comic-strip form.

• Tomorrow’s Times – The Eight Doctor
A look back at the contemporary coverage of The TV Movie in newspapers and other publications. Presented by Nicholas Courtney.