Tiny Rebel Games, the team behind the hugely popular Doctor Who: Legacy, have today announced an exciting new release, Doctor Who Infinity.

Launching worldwide in Spring 2018, the game will feature five original stories from an incredible team of major British Doctor Who writers and internationally renowned UK-based comic book artists to illustrate the stories.

Doctor Who Infinity builds ambitiously on the addictive puzzle gameplay of Doctor Who: Legacy to immerse players in comic book style puzzle adventures. Each story-based adventure has its own unique art style and author.

Doctor Who Infinity will be released both on PC and on major mobile platforms.

The Dalek Invasion of Time

The opening story will be The Dalek Invasion of Time written by George Mann (author of numerous Doctor Who audios, comics and novels) and art by Mike Collins (who worked on storyboards for Doctor Who Series 9 and 10).

The Dalek Invasion of Time will see the Twelfth Doctor and Missy team up against Skaro’s famous monsters, the Daleks. 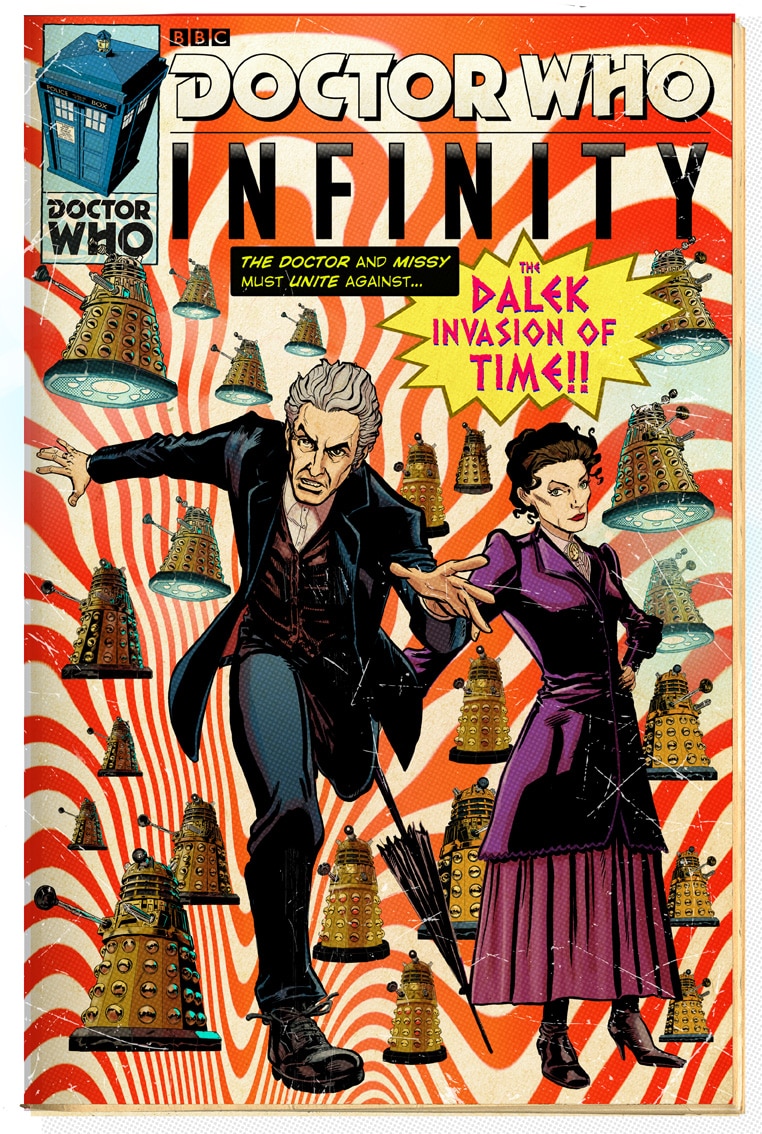 This new game is being funded as a joint effort between the Welsh Government’s Media Investment Budget and British game publisher/developer Double Eleven Limited.

It is being developed in close collaboration with Seed Studio along with a broad team of UK-based talent including well known Doctor Who actors, writers, and artists. Cardiff-based award-winning audio designer and composer Stafford Bawler will be providing audio direction for the game.

“I think Doctor Who fans everywhere are going to be amazed with how we have taken everything we have learned from making the award-winning gameplay of Doctor Who: Legacy and brought it to the next level in every way imaginable.”

Doctor Who: Legacy, released in 2013, quickly became one of most popular Doctor Who games of all time with over 2.5 million players and broadly spans the history of Doctor Who with every Doctor, hundreds of allies, companions and monsters and includes extended universe content from Big Finish, Titan Comics, and BBC Books. Still popular four years later, the game continues to add new content weekly and has well over 120 hours of gameplay.

Doctor Who Infinity will be live globally on PC, iTunes, and Google Play in Spring 2018.