The monsters selected to be restored, are as follows:

To vote for the monster you would like to be restored, simply clicking on one of the images below:

As well as preserving these exceptional artefacts and their place in the heritage of the TV show, the restoration programme sets about to reveal the stories behind some of these original, screen used artefacts, how they were made, what went into the design processes and how those methods are replicated to bring them back to life.

Along the way, we bump into some of the actors and artists who originally played, designed and brought these monsters to life as well as managing to unearth original moulds, revealing some of the original design drawings and sharing some of the weird and wonderful behind the scenes facts about Doctor Who. 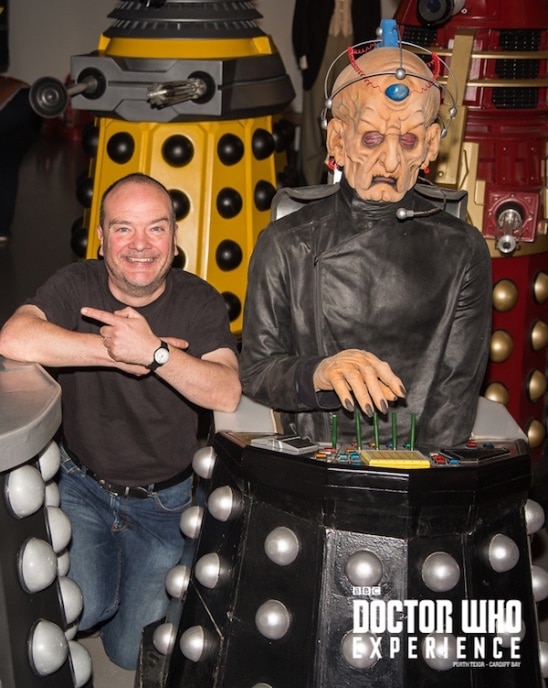 Mike Tucker (pictured above), along with the team at the Model Unit based at Ealing Studios, is the restoration programme’s supervising expert. Mike is a BAFTA winner for his work in visual effects and worked for the BBC’s in-house visual effects team until its closure in 2003. In 2005, Mike achieved the distinction of working on both the classic and the new series of Doctor Who. Hailing from nearby Swansea, Mike has helped the Doctor Who Experience team in various forms since it began in 2011 – most notably with some of the Daleks in the adventure itself.