Showrunner Steven Moffat has revealed to Doctor Who: The Fan Show – The Aftershow that he included a special tribute to his predecessor in the Series 10 finale, The Doctor Falls.

In the episode, the Twelfth Doctor, Nardole, Bill, and the Masters joined Hazran and battled Cybermen on Floor 507. Steven explained why he choose that particular number and how it referred to former Doctor Who showrunner, Russell T Davies:

“When people want to exaggerate a number, they always have a favourite number. Russell always uses 57, always 57.

I once eventually said to him, ‘Do you have a preference for Heinz products?’ – he didn’t even know what I was asking him – ‘Because it’s always 57! Even in scripts, if you’re exaggerating, you always say 57. That’s your go-to.

Fact fans will note that episodes in Russell T Davies’ time as showrunner that feature the number ’57’ include: Boom Town, Army Of Ghosts, The Shakespeare Code, 42, Voyage of the Damned, and The Poison Sky. Interestingly, Steven’s very first story as showrunner, The Eleventh Hour, also includes that very number. 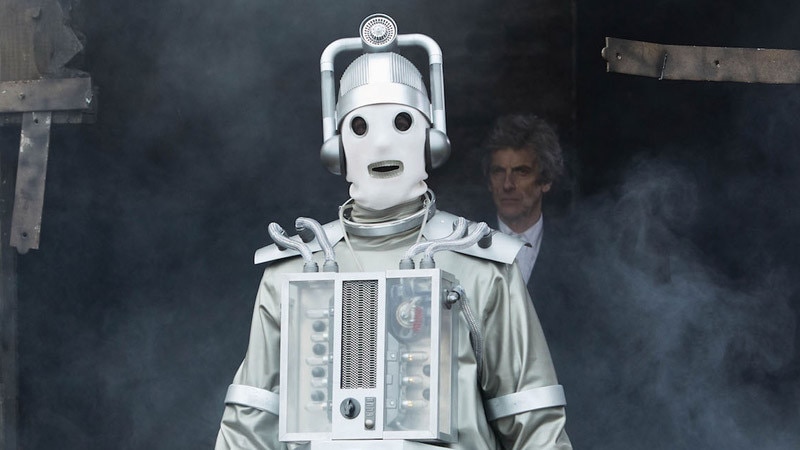 The writer also spoke about the happy ending for Pearl Mackie’s character, Bill, and what Doctor Who is really all about. Steven said:

“I don’t think she is dead. She doesn’t die.

I don’t think Doctor Who is that kind of show. Doctor Who is a big-hearted, optimistic show that believes in kindness and love and that wisdom will triumph in the end. I don’t believe it’s the kind of show that says there are bitter, twisted, nasty endings because it’s not.

It’s not gritty, it’s aspirational. It says, ‘It can work. And wisdom and kindness will triumph. And love will always come through in the end.’

I think there aren’t enough people or enough shows saying that and I’m damned if Doctor Who is going to join in with the general chorus of despair.

So, she doesn’t die. She nearly dies and becomes something else.”

Steven Moffat’s final story as showrunner will air later this year and features Peter Capaldi as the Twelfth Doctor and David Bradley as the First Doctor.