The Seventh Doctor comes to Blu-ray for the first time, with the release The Collection – Season 26 on Monday 23rd December.

Pre-order Doctor Who – Season 26 from Amazon and Zoom. Coming soon to the US and Australia.

In 1989, Doctor Who was on a creative high, with the Seventh Doctor and his companion Ace revitalising the programme for a new generation. Season 26 featured four epic adventures traversing a future Britain invaded by inter-dimensional knights, a strange Victorian house haunted by ghosts from Ace’s past, an alien world populated by Cheetah People and a 1940s army camp under siege from monstrous vampires.

With guest stars including Nicholas Courtney (Brigadier Lethbridge-Stewart), Anthony Ainley (The Master), Jean Marsh, Nicholas Parsons, Anne Reid, Ian Hogg, Sylvia Syms and comedy duo Hale & Pace, this fondly-remembered set of stories saw the end of an era for Doctor Who and set the stage for its hugely successful revival. 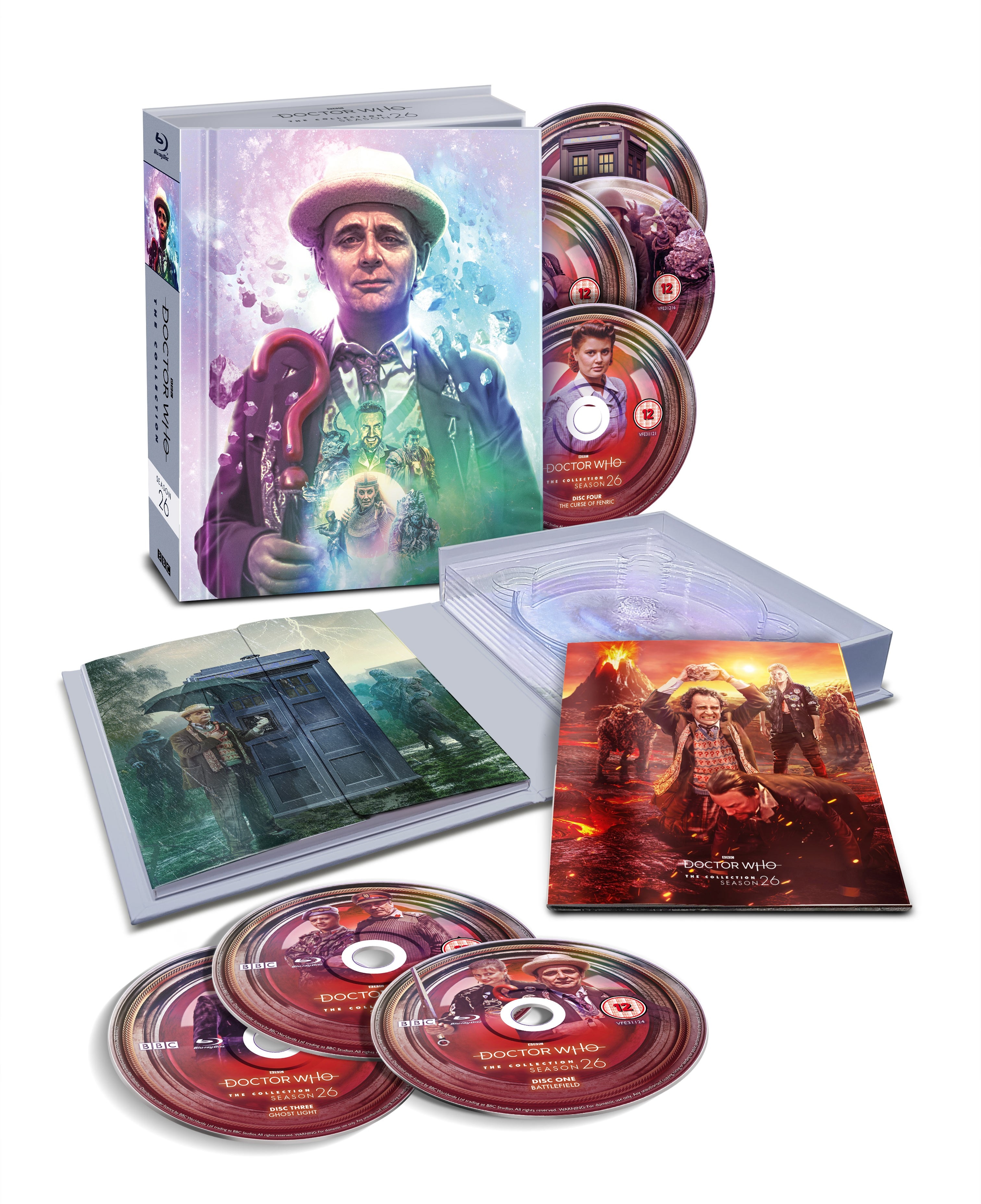 With all episodes newly remastered from the best available sources, this Blu-ray box set also contains extensive and exclusive special features, including:

A specially shot announcement trailer has debuted on the Doctor Who YouTube channel featuring Sophie Aldred back in character as Ace.

Doctor Who: The Collection – Season 26 includes the following stories from 1989:

Doctor Who: The Collection – Season 26 is available in the UK from the 23rd December and you can pre-order it now from from Amazon and Zoom. Coming soon to the US and Australia.