Out today is an all-new comprehensive user’s guide to the Daleks, with technical information and drawings, case histories of previous Dalek encounters from The Daleks to Revolution of the Daleks, and more.

You can read an exclusive extract from one of these Dalek encounters The Spiridon Incident below.

Order your copy of the Dalek Combat Training Manual now.

The Dalek Combat Training Manual collates intelligence gathered by Time Lords over centuries of raging wars through space and time and is invaluable to anyone engaging the Daleks in battle. It offers the user an in-depth guide to their construction, their strategies and how they can be defeated.

You can examine one of these Time Lord reports: 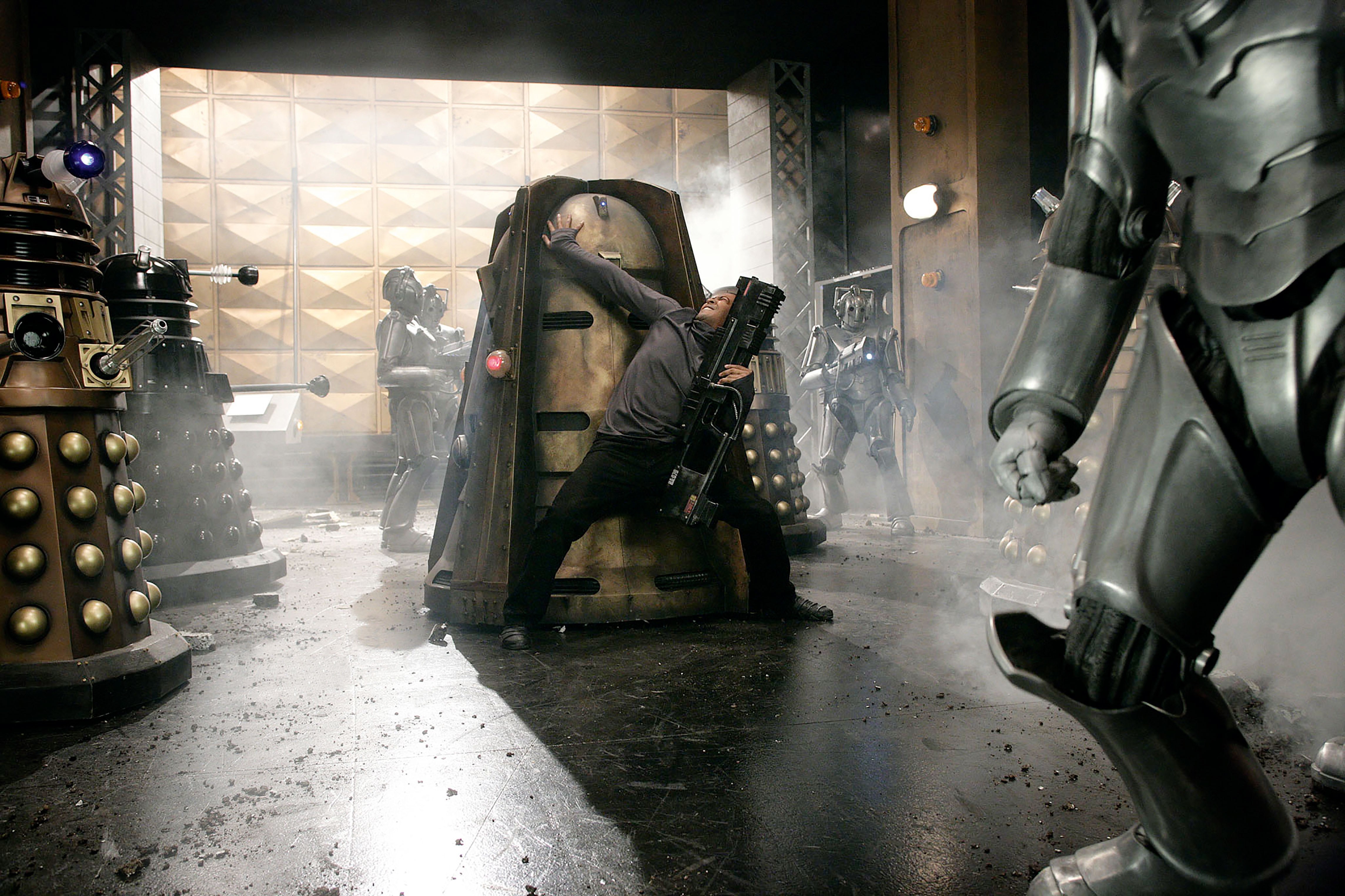 The Time War is not the first attempt that the Daleks have made at instigating a large-scale assault on the universe. Following the Doctor’s encounter with the Master during the Draconia-Terra skirmishes in the 26th century relative dateline (see CIA File QQQ/57), the High Council took the unusual step of assisting him directly, by remotely steering his TARDIS to Spiridon, a primitive world on which the Daleks had chosen to establish a forward base.

Initial intelligence showed that the Daleks were experimenting on the indigenous intelligent life form in order to establish whether their naturally occurring invisibility could be adapted for use on Dalek shock troops. We should consider ourselves fortunate that, although successful in their initial experiments, the Daleks were unable to solve the issue of light-wave sickness, which resulted in disorientation and ultimately death in all of their test subjects.

Once on Spiridon, and working alongside a Thal raiding party, the Doctor discovers that the invisibility experiments are not the primary reason for the Dalek presence on Spiridon. Using the planet’s frozen core and extensive network of ‘ice volcanos’, they have put a vast assault force into long-term suspended animation. Fortunately the Doctor is able to sabotage their plans, triggering an ice eruption that floods the entire Dalek base of operations.

It seems clear that, had the Daleks been successful launching a concerted surprise attack of such scale, it would have been difficult for any of the major space-going powers to have survived. 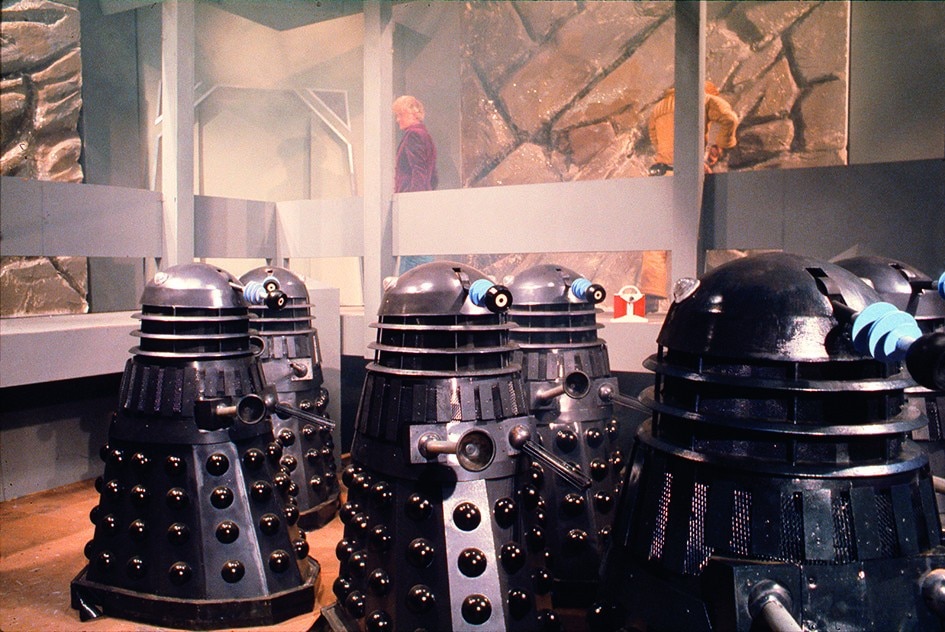 During this space-time event, the Doctor is successful in the use of sub-zero temperatures to defeat Dalek units, lowering their operating temperature at such speed that the Dalek creatures inside are killed by the sudden shock.

Whilst we have no reason to disbelieve this, it raises a possible operational inconsistency in Dalek functions, as we also know that they seem capable of functioning in the sub-zero temperatures of deep space without any obvious impairment of function. One theory is that Daleks must undergo special training for low-temperature operations; a more likely one is that the casings of Dalek forces on Spiridon had been specially modified either for experiments with invisibility or in order that they could be successfully placed into suspended animation.

Despite the Doctor’s success, it must be noted that the Dalek arsenal was not actually destroyed, merely rendered inoperable and the Daleks may yet muster enough resources to excavate this frozen army for use in the war against Gallifrey. It is recommended that reconnaissance TARDISes make regular sweeps of the Spiridon system, and that any increase in Dalek activity on the planet is reported to the War Council immediately so that appropriate action can be taken. 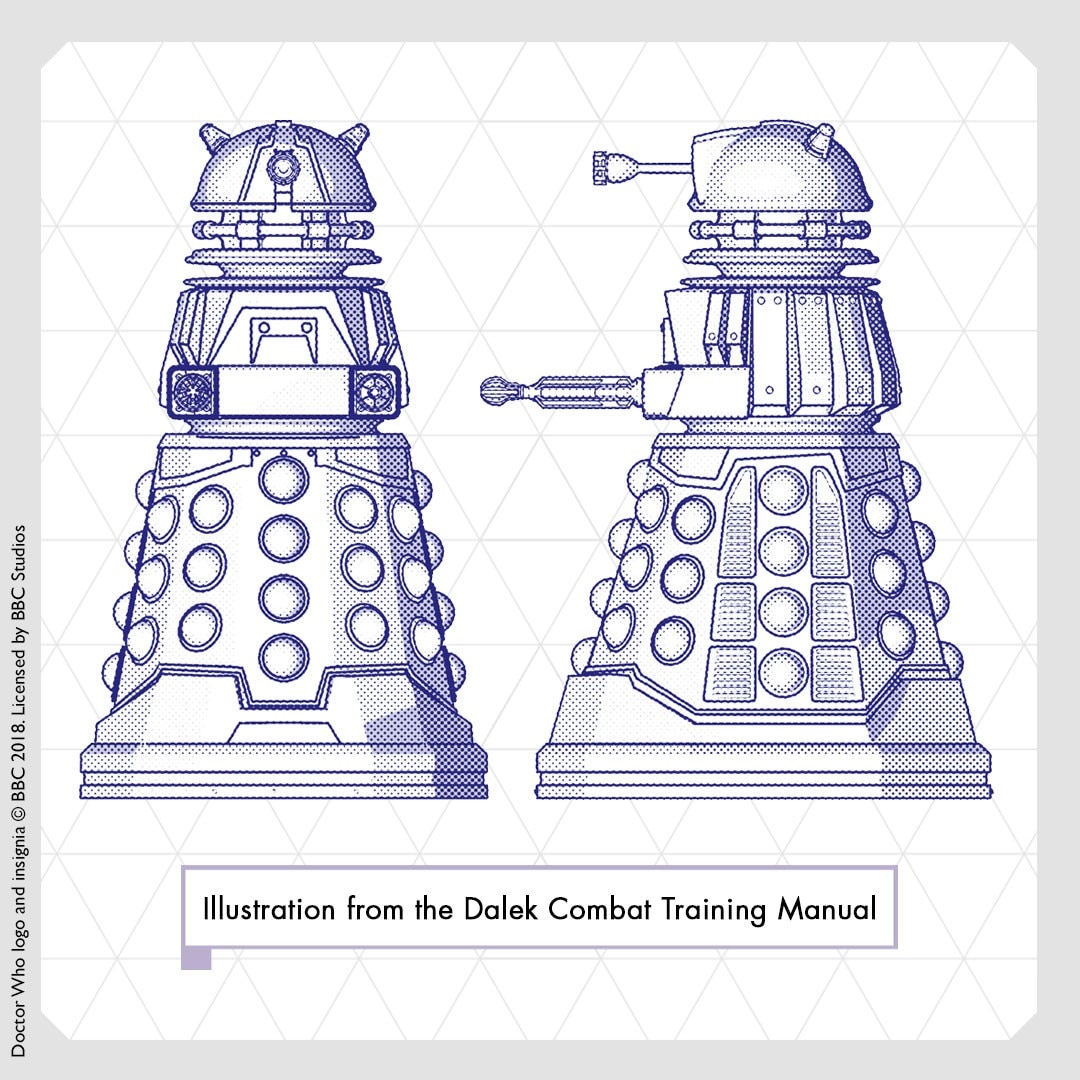 Find out more about more Dalek encounters in this new guide.

Order your copy of the Dalek Combat Training Manual now.