Da Vinci's Demons lead Tom Riley guest stars in this week's Doctor Who adventure, Robot of Sherwood. We spoke about clowns, Coriolanus and Cheetah People when he faced our quick-fire questions...

Who do you play in this week’s episode and can you briefly describe your character?
I play a man who at least claims to be Robin, Earl of Locksley - someone that the Doctor is convinced never existed and is entirely fictional. He’s a man filled with passion and heart, and who finds pretty much anything and everything funny. Not least the Doctor himself.

What were you doing when you found out you’d been cast in Doctor Who?
Coincidentally, I was actually watching [episode writer] Mark Gatiss on stage in Coriolanus at the Donmar Warehouse in London. An offer came through whilst I was in the audience asking if I fancied playing someone rather iconic in Doctor Who. But then I had to hang up as I was disturbing the actors. (I'm joking. I picked up the email as I was leaving). The minute I read the script I knew immediately that I had to be a part of it. 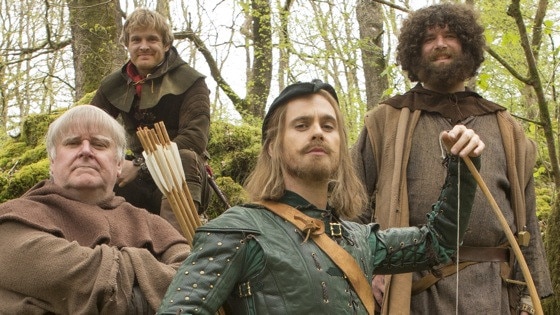 What’s your first memory of Doctor Who?
Ace being transformed into a Cheetah on the Cheetah Planet in the Seventh Doctor adventure Survival. It absolutely terrified me. And I loved it. I think Sophie Aldred was my first crush. Or maybe it was the Sophie Aldred/big cat hybrid. Either way that was a very formative moment.

Describe the Doctor in one word.
Unpredictable.

If you had a TARDIS, where and/or when would you go?
Probably to the end of my life to meet myself and get a quick check list of things I should avoid or risks I'd regret not taking, so I'm forearmed when I return. Picking up the lottery numbers is optional.

Where’s the most interesting place you’ve ever visited in real life?
India. A beautiful, heady, wonderful culture shock, with the most gorgeously welcoming people, fascinating history and incredible food. 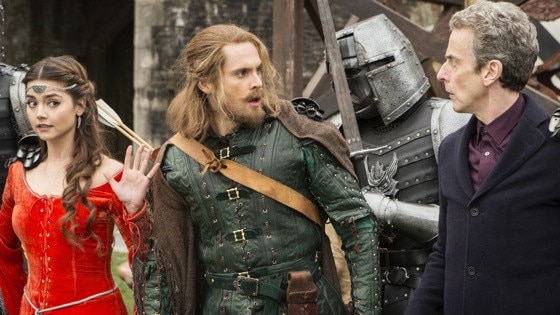 What scary thing would you least like to encounter in real life?
I'm going to say a clown with tiny needle-like teeth and a massive hammer.

What’s your favourite memory of working on Doctor Who?
Jenna and Peter. Both hilarious and warm people and brilliant to spend time with - in front and behind of the camera. That and sneaking into the TARDIS during lunch to steal a piece of Twelfth Doctor chalk.

Lots of people are passionate fans of Doctor Who. What are you a fan of?
Doctor Who. I'm one of those lots.

Did you take any pictures on set, and could you share one with us?
I didn't take my phone on set as it wasn't allowed, and anyone who claims that I took an absolutely fantastic selfie with the sonic screwdriver when nobody was looking is simply a liar...

Tom Riley stars as Robin in Doctor Who: Robot of Sherwood. Find out where to watch Doctor Who near you.