Fifth Doctor actor Peter Davison has been confirmed as the host of a six-city UK tour of the Doctor Who Symphonic Spectacular in May 2015.

In addition, given the very strong demand for tickets, a second matinee performance has been confirmed for the SSE Arena, Wembley, on Sunday 24 May.

The Doctor Who Symphonic Spectacular, which celebrates the world’s longest running science fiction TV series, showcases the evocative and thrilling music written by Murray Gold for the series since 2005 and features over 100 performers including the BBC National Orchestra of Wales and members of the BBC National Chorus of Wales, conducted by Ben Foster. The first ever UK tour will be staged in London, Cardiff, Birmingham, Leeds, Newcastle and Glasgow in May 2015. 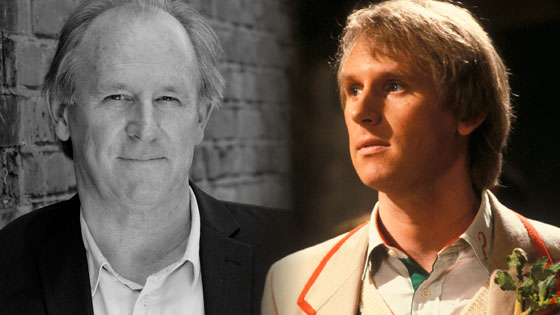 Peter Davison, who portrayed the Fifth Doctor on the BBC One series between 1981 and 1984, acted as presenter for the Doctor Who Symphonic Spectacular in Australia and New Zealand at the beginning of 2014 and will reprise this role in 2015.

Peter said “I’m very excited to be hosting the Doctor Who Symphonic Spectacular in the UK in 2015. Doctor Who fans are an extraordinary, wonderful bunch, who are very passionate about the series. The Symphonic Spectacular has already proved to be a monster hit down under with thousands of fans packing into arenas across the southern hemisphere and the UK’s first ever tour promises to be even bigger. I can’t believe that I will be taking the stage at some of the UK’s biggest arenas like Wembley’s SSE Arena and the First Direct Arena in Leeds. With Murray Gold’s amazing music performed live by the programme’s ‘house band’, the BBC National Orchestra of Wales, I’m also looking forward to reuniting on stage with conductor Ben Foster.”