Coming next month is the next wave of Dr. Men books which mash up Doctor Who with the World of Hargreaves, famous for the Mr. Men and Little Miss series.

Below we have a sneak-peek at one of the titles – Dr. Ninth.

The story features the Ninth Doctor, (as played by Christopher Eccleston), Rose Tyler (Billie Piper) and Captain Jack (John Barrowman) up against the Autons.

Take a look at four pages from the book, available from August 29, below. “We’ve got to escape!" exclaimed the Doctor, pulling Rose out onto the street.

“But what’s going on?” cried Rose.

“They’ve turned into Autons!” cried the Doctor, running into Mr. Socket’s electrical shop next door as the mannequins chased them. 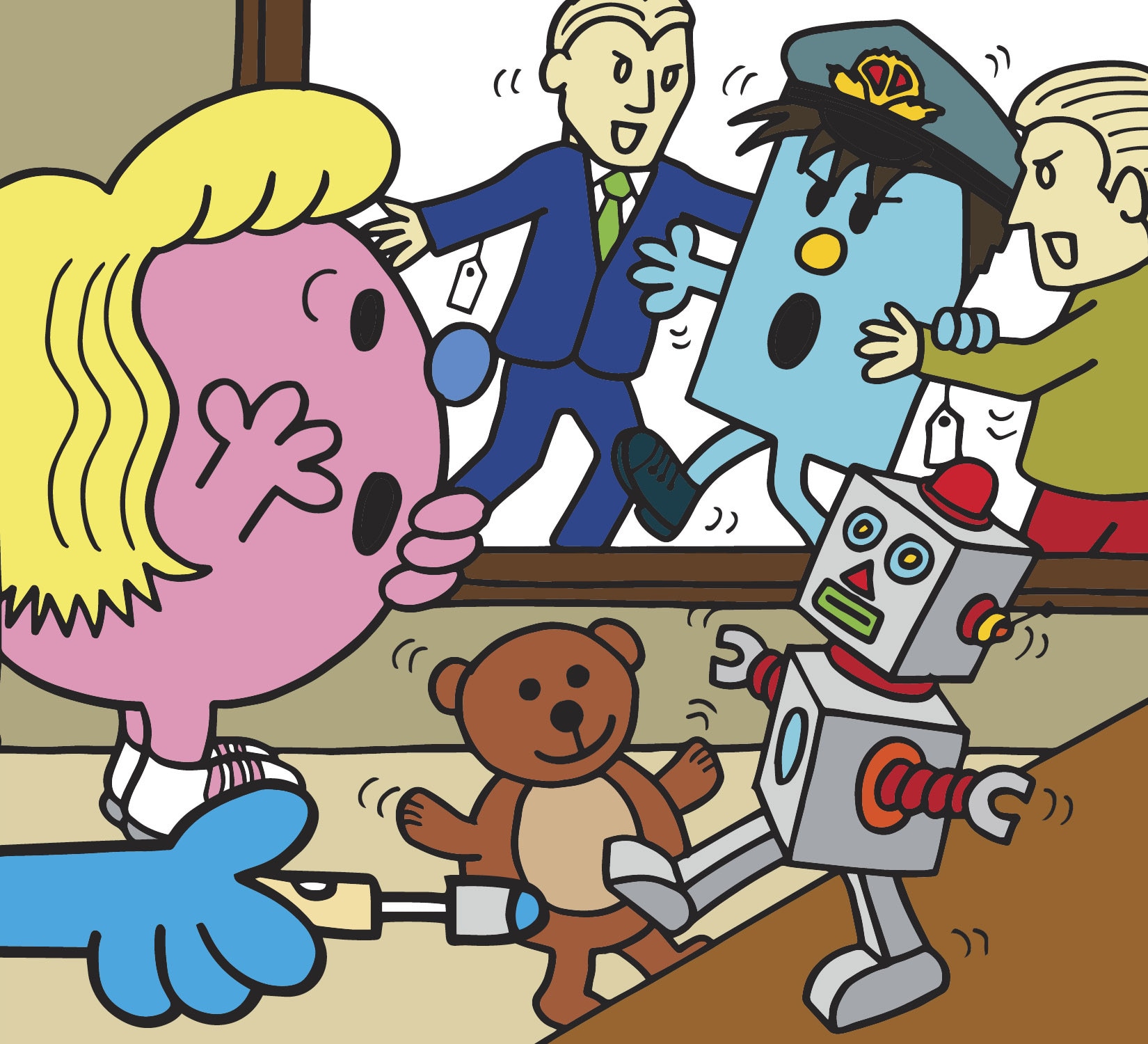 Rose peered anxiously out the window.

“Oh no!” she cried. “The Autons have caught someone!”

“That’s not just someone,” said the Doctor. “That’s my friend Jack. Quick, we have to help him!”

With a wave of his sonic screwdriver, the Doctor activated all the toys in the shop. 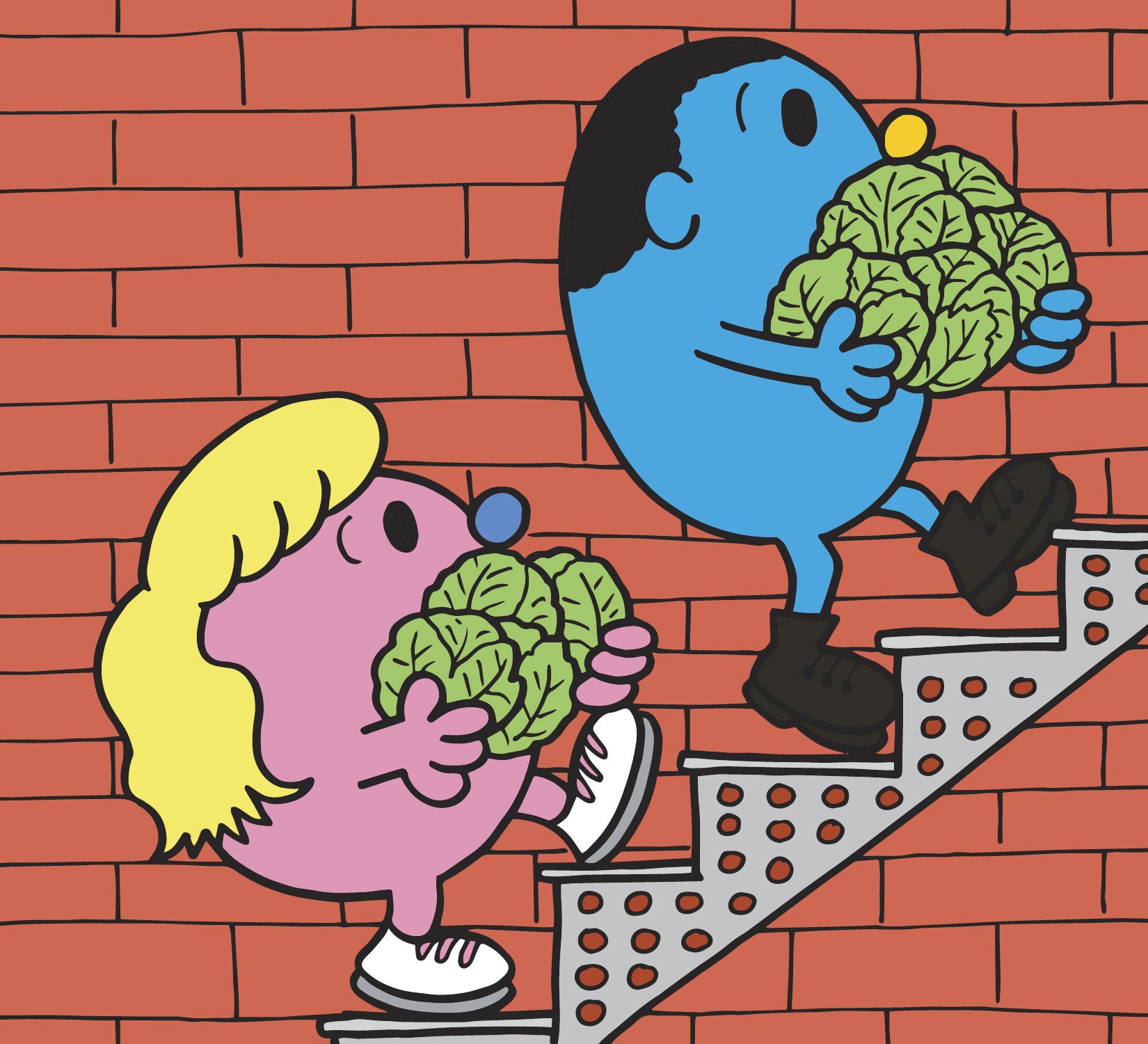 “What we need are cabbages,” announced the Doctor.

“Yes, cabbages, and lots of them,” added the Doctor.

So, the three of them grabbed as many of Mrs. Sprout’s cabbages as they could carry and climbed the fire escape up to the roof. 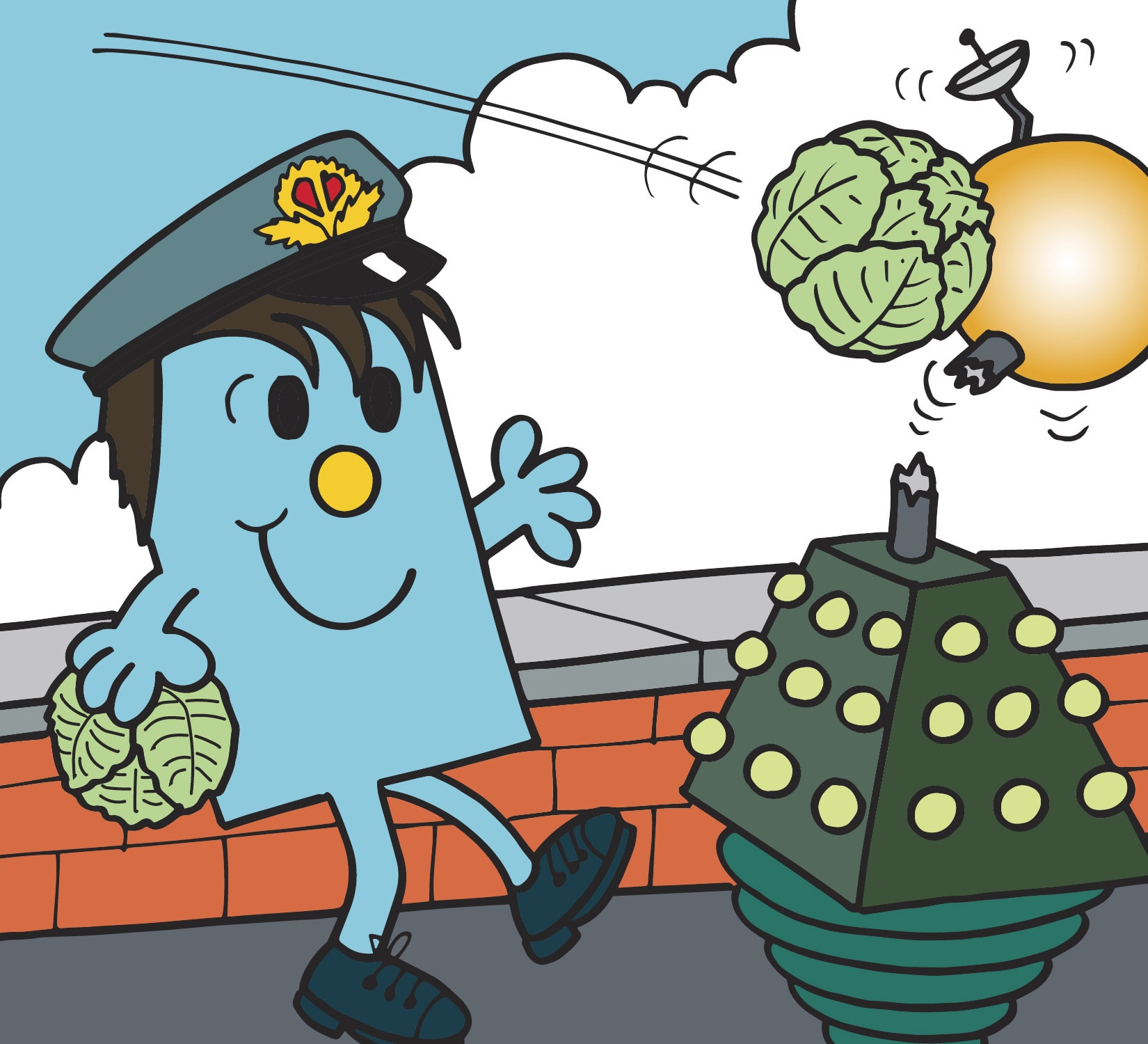 In no time at all, the Doctor and Rose and Jack had knocked off the heads of all the Autons.

And then the Doctor disabled the Auton controller.