Apparel designers Dark Bunny Tees have released five new t-shirt prints, based around the adventures of the Tenth and Eleventh Doctors, plus both The Time of the Doctor and The Day of the Doctor.

From the 50th anniversary special comes a tee celebrating the Tenth Doctor's "machine that goes ding" when it senses shape-shifter DNA (and microwaves frozen dinners and downloads comics from the future), plus a second design featuring the Space-Time Telegraph, given by the Third Doctor to the Brigadier, and used by the Tenth and Eleventh Doctors contact the Black Archive. 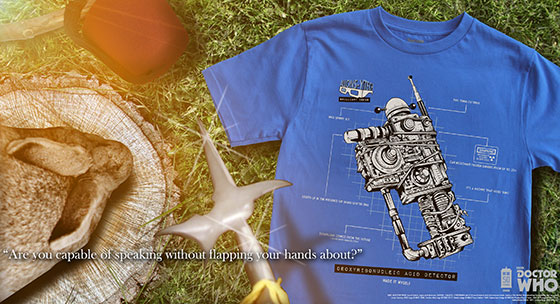 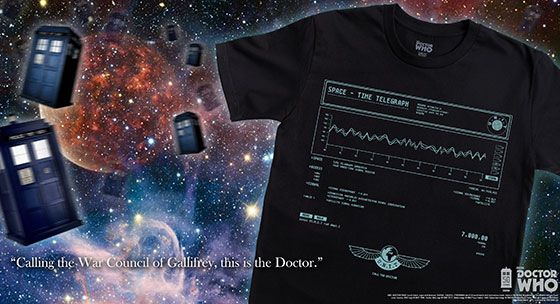 Fresh from Christmas Town's puppet theatre comes The Last Geronimo Show, recalling the Eleventh Doctor's final adventures in The Time of the Doctor: 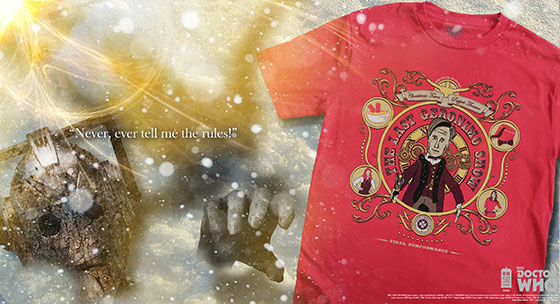 And from previous seasons are designs based around the Two Streams facility seen in The Girl Who Waited, and the spacesuits used on Sanctuary Base 6 in The Impossible Planet: 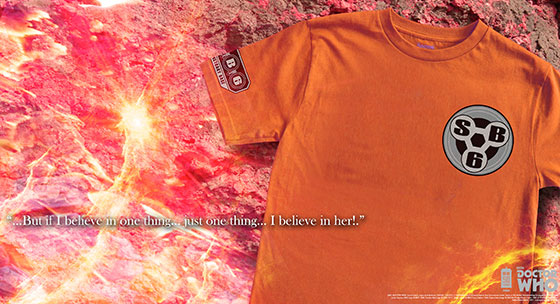 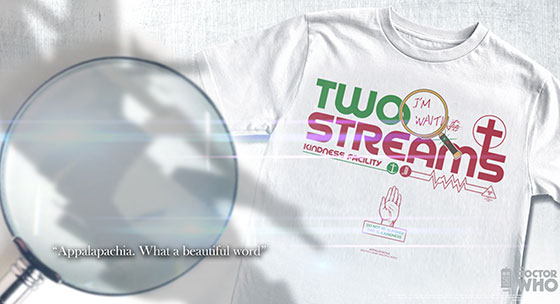 These tees, and previous designs from the range, can be purchased from the Dark Bunny Tees website.