The Doctor Who Target range will be expanding with five new titles coming out in Summer 2020. Doctor Who fans will finally be able to expand their Target collections with beautiful paperback editions of five new novels, plus two novels previously only available in hardback. 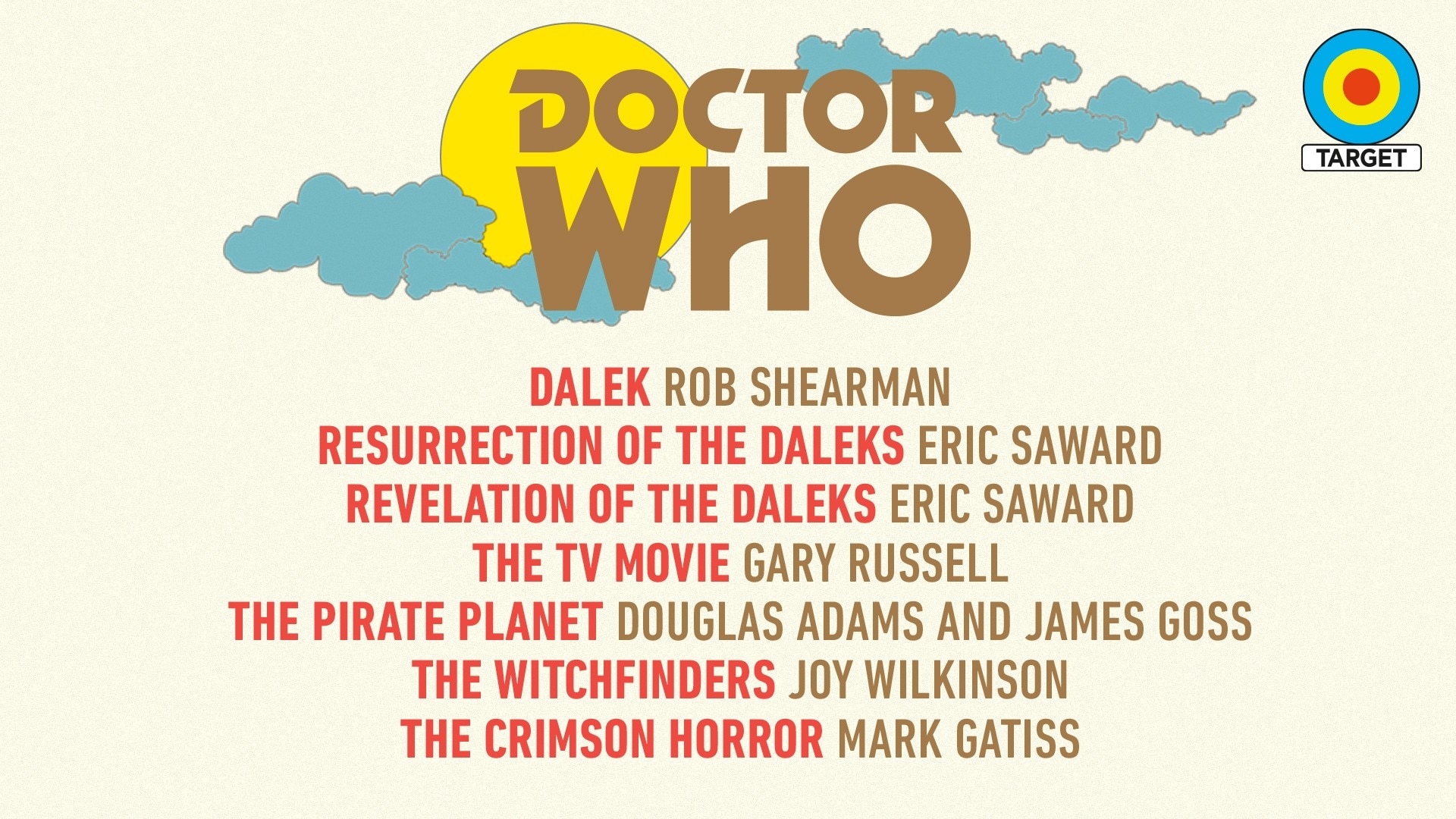 Seven Doctor Who titles are being released:

For Doctor Who fans, the range of novelisations published by Target Books in the 1970s and 1980s holds a special place in their hearts. There was a novel published for almost every Doctor Who serial between 1963 and 1989, and BBC Books has been successfully reissuing a number of these classic paperbacks since 2012.

On becoming the first Thirteenth Doctor adventure author to be published on the Target list, Joy Wilkinson said:

"I'm thrilled to become part of the illustrious tradition of Target novels. It was so much fun dipping my toe back into prose with the Target Storybook so I'm now relishing the chance to return to the world of The Witchfinders and get fully immersed. It's a great chance to spend more time with the Doctor and fam, hang with King James, and find out more about the mysteries of Bilehurst Cragg and the mighty, muddy Morax."

“I'm still pinching myself that I was asked to write the first Dalek story of the new series - and that was fifteen years ago! I didn't dare dream that the show would become such a big hit, and that it would still be on air now, as big and as exciting as ever - there have been so many adventures since, and so many new Doctors, and, of course, so many more Daleks. It feels like a real honour now to go back in time and relive my script... and maybe reveal a few surprises that never made it to the screen...”

“Novelisations of the ‘new’ series are the final piece of this whole wonderful puzzle for me and to become a Target author after all these years is a complete delight! It’s been lovely to revisit one of my favourite scripts and flesh out the lurid residents of Sweetville in all their crimson finery.”

These books will be available in paperback, each with newly commissioned cover artwork by Anthony Dry. Also coming later in the year will be audiobook versions, available for pre-order as well.

BBC Books will publish all seven Target novels on 23rd July 2020. You can pre-order them here: