An album of original music from Doctor Who origin drama An Adventure in Space and Time will be released by Doctor Who soundtrack supremos Silva Screen in March, and is available to pre-order now.

Composed by Edmund Butt and performed by the Chamber Orchestra of London, the score to An Adventure in Space and Time comprises 25 tracks of evocative classical music, transporting the listener to the smokey offices and fantastical studios of the BBC in 1963.

Here at doctorwho.tv, we've chosen a few of our favourite tracks to whet your appetites:

I've got an idea

This bubbly, optimistic tune underscores to Sydney Newman's tour of the now iconic Television Centre, while he explains his "Dr Who" idea to Verity Lambert:

An atmospheric piece to mark the entry the Doctor's greatest enemies, the Daleks. This track is highly reminiscent of Tristram Cary's spooky music for the original Dalek adventure, as well as the familiar "unk-unk" of Dalek control rooms throughout the series, created by Brian Hodgson:

A fairytale, almost Disney-esque theme builds as Verity gazes down at the hastily-assembled model of her time machine, created by reluctant designer Peter Brachacki. Through the cupboard doors and into Narnia, indeed!

This is my show

As William Hartnell's memory begins to fail him, this creeping then stirring version of the earlier track The Right Man accompanies his decline, as he leaves the set midway through delivering a speech:

It's 1966, and Patrick Troughton has arrived to record the first change of lead actor. As Bill takes his place at the TARDIS console for the final time, he looks up to see a young man looking warmly back at him. Bill smiles. The legend of the show is assured. The audience cries (a lot). A beautiful resolution of the drama's stirring and fairytale musical themes:

Film and TV composer Edmund Butt has had an extensive career as a writer, performer and producer winning Royal Television Awards for his score to Yellowstone and Garrow's Law. Film credits include The Dark and 24 Hours In London alongside TV work that includes Mistresses, Ashes To Ashes and The Suspicions Of Mr. Whicher.

"Making Adventure was a wonderful experience. The whole team were absolutely dedicated to the project, going the extra mile (or parsec) to create that smoggy early 60s world where so much seemed (and was) suddenly possible. And none more so than Edmund Butt whose gorgeous score is one of the highlights of the film. I've been completely overwhelmed by the response to the film. It was a very special project from the outset and I know Ed's soundtrack will continue to thrill and delight for, well, the rest of space and time…" 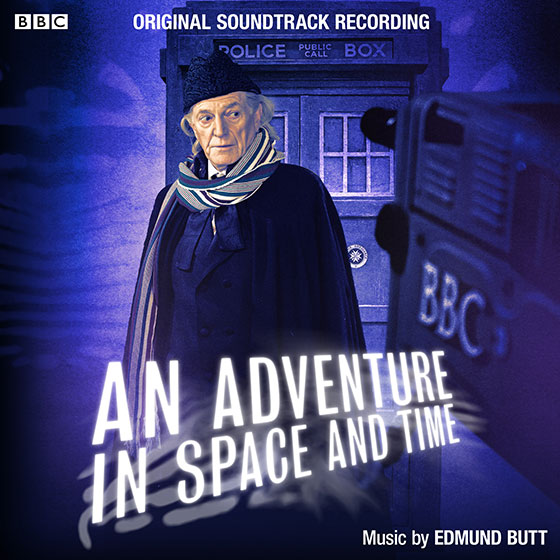