In an interview with The Big Issue, actor John Barrowman has been chatting about the day he was cast as Captain Jack Harkness and the "greatest" season of Doctor Who ever.

Barrwoman reveals in an article framed as a letter to his younger self that it would have blown his 16-year-old brain to find out he was going to be one of Doctor Who's most "iconic" characters. John added:

"I think I was part of the greatest season of Doctor Who ever.

And Billie Piper and I were 20 or 15 votes apart, voted number one and number two, in the poll for the best companion in the history of Doctor Who."

Referring to his love of Doctor Who in his school days, John admitted his Monday morning spelling tests were failed because he "used to watch Doctor Who with John Pertwee, then Tom Baker, every Sunday night on the local Chicago TV station."

But who is his favourite incarnation of the Time Lord? The Captain Jack actor made no bones about his love for the Tenth Doctor:

"I think David Tennant was the best ever Doctor, no one can hold a candle to him." 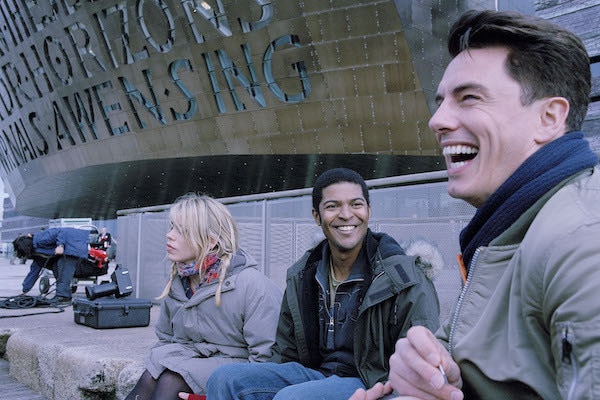 John also discussed the day that changed his live forever - the day he was cast as Captain Jack:

"If I could go back and relive one moment in my life, I’d go to the moment I got the job as Captain Jack in Doctor Who. I’d gone to audition for this role of a rogue, matinee idol type, in front of the execs Russell T Davies and Phil Collinson.

I walked into the meeting with my motorbike leathers on, and I took my helmet off and shook out my hair.

Later on I was walking through the West End and I got a phone call; they said, hands down, without a doubt, everyone agrees John Barrowman is definitively Captain Jack. I started screaming in the middle of Covent Garden and then I ran and did a Jimmy Cagney backflip off a wall."

We're certainly glad he got the part too!