Four brand new audio adventures from the era of Peter Capaldi’s Twelfth Doctor will be brought to life by Jacob Dudman in The Twelfth Doctor Chronicles due for release from Big Finish in February 2020. 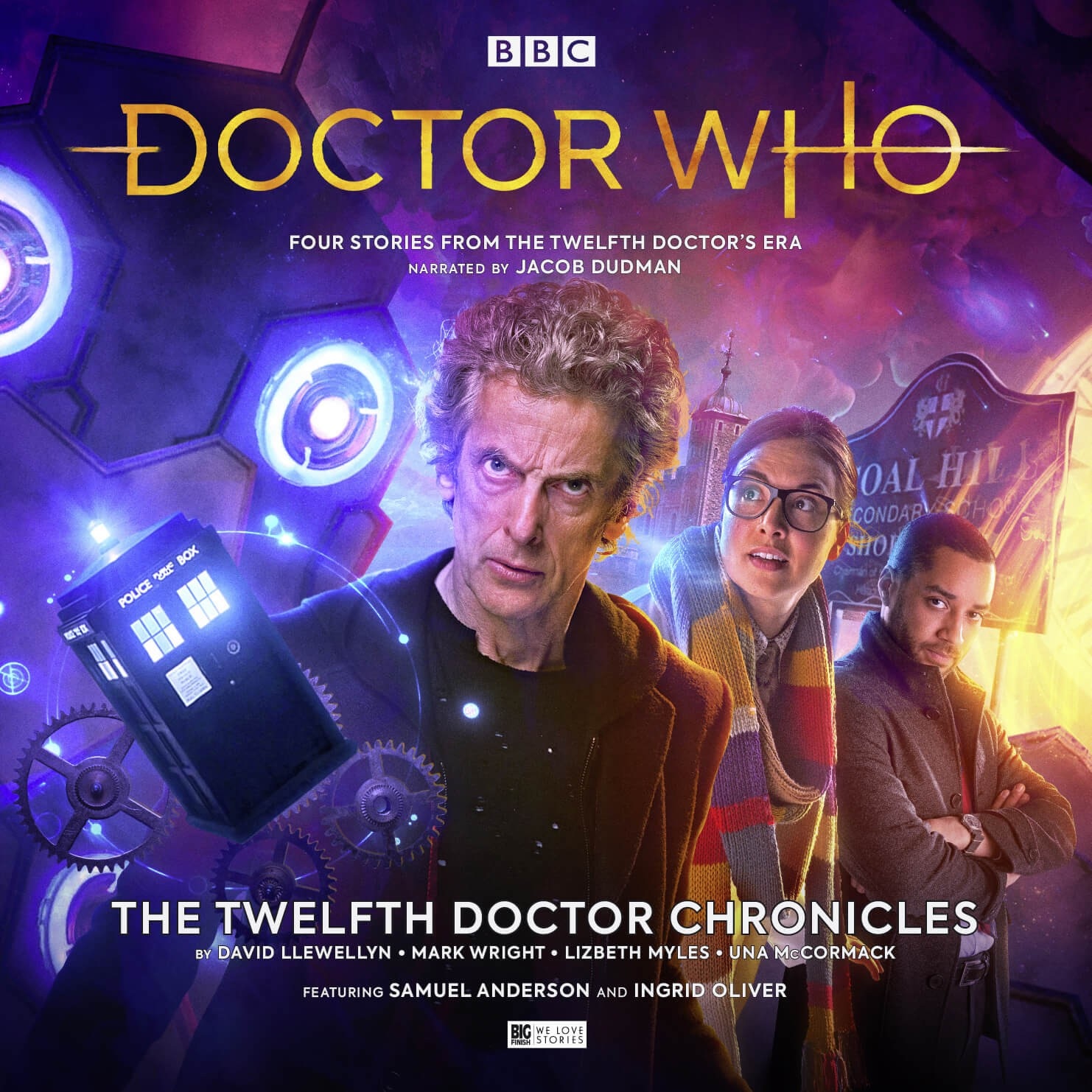 The Doctor Chronicles range brings the new series era Doctor Who to life on audio, utilising the amazing talents of actor and impressionist, Jacob Dudman. From David Tennant’s Tenth Doctor to Matt Smith’s Eleventh Doctor, we’ve marvelled at these exciting new adventures building on the ideas of Russell T Davies and Steven Moffat. And now we head to Peter Capaldi’s Twelfth Doctor.

There will be four stories in the first box set of The Twelfth Doctor Chronicles, set for release in February next year.

1.1. The Charge of the Night Brigade by David Llewellyn

The Doctor finds himself in the Crimean War in 1855. There’s a strange sickness stalking the streets of Balaklava and it’s up to the Doctor and Mary Seacole to put a stop to it.

When Danny Pink finds the TARDIS door open in a Coal Hill storeroom, he can’t help wondering about Clara’s double life and the truth about the Doctor. But he gets much more than he bargained for. Stuck amid an alien war, can Danny and the Doctor stop arguing long enough to make it out alive?

Cameron is haunted by strange voices. As she gets on with her job conducting tours around Rochester Castle, she hopes that they’ll just go away. Fortunately for Cameron, the Doctor has joined her tour. He hears the voices too, and he knows what they mean. Time itself is starting to fracture…

Osgood gets an offer she can’t resist when the Doctor drops in – her first flight in the TARDIS! The Doctor is calling on Osgood’s expertise to stop an invasion, but what begins as a fact-finding mission quickly becomes something far more dangerous. Osgood’s intergalactic field trip is about to get very hands-on!

This new set of The Doctor Chronicles has been produced by Alfie Shaw. Alfie tells us:

“I am a huge fan of the Twelfth Doctor and a chance to create some audio adventures for him is utterly thrilling. I continue to marvel at the seemingly endless talent of Jacob Dudman and am overjoyed to get the chance to work with him on a box set. We’ve got four fabulous stories from amazing writers and the Doctor will be joined by some familiar faces along the way. As to who they might be and what they’ll get up to, well, that’s for another day…!”

This isn’t the first time that Jacob Dudman has taken on the mantle of the Twelfth Doctor – you can also hear his uncanny portrayal in Doctor Who – Short Trips: Dead Media from September.