The latest Doctor Who Magazine Special Edition takes a look at how the world's longest-running science-fiction series has travelled to locations far and wide.

In its early days Doctor Who was recorded on cumbersome cameras tethered to claustrophobic and often inadequate studios. The show rarely escaped these confines in the 1960s, but as technology improved, producers and directors became more adventurous.

Exclusive offer - Save over 45% on a DWM digital subscription

Location shooting has helped to create some of the most memorable episodes in the series’ long history. This unique publication tells the story of those episodes and the people who made them happen. 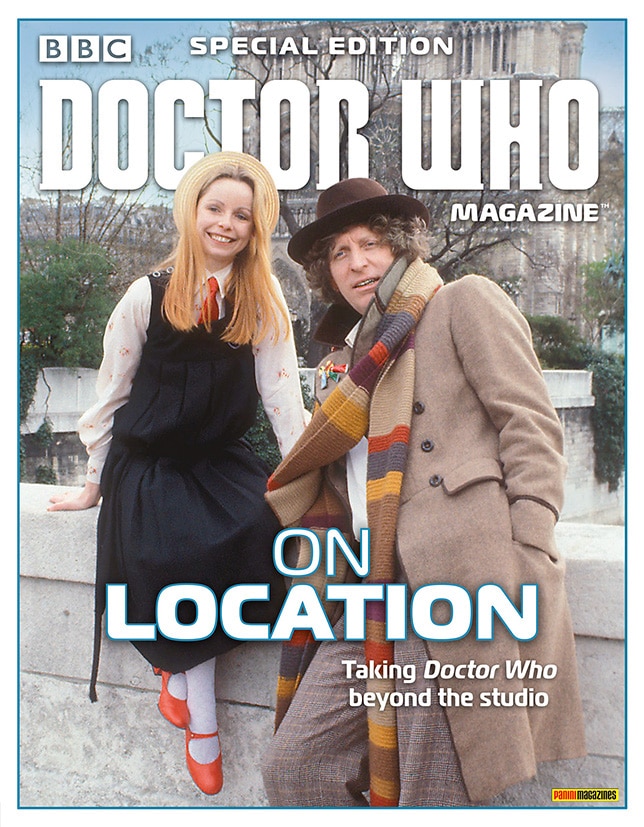 Elsewhere in this issue Andrew Pixley revisits the Portmeirion location shoot for The Masque of Mandragora, Matthew Kilburn celebrates Doctor Who’s greatest quarries and Alan Barnes meets some of the fans who are dedicated to location hunting. There’s a map showing alien invasions of the British Isles, guides to the European location shoots for City of Death and Arc of Infinity, a trip behind the scenes of The Rebel Flesh/The Almost People and much more.

Editor Marcus Hearn says: “How important is location shooting to Doctor Who? And what do the programme’s locations tells us about the series? These are some of the questions we’ve tried to answer in this new Special Edition. This is the first time Doctor Who Magazine has dedicated a whole issue to location shooting. There’s a lot to write about, and some fantastic pictures that have never seen print before.”

Exclusive offer - Save over 45% on a DWM digital subscription