Now in its third year, Doctor Who Comics Day is set to be bigger and better than ever with the launch of a new crossover event comic, Supremacy of the Cybermen, that includes a number of special variant covers.

Doctor Who Comics Day is inspired by Titan Comics’ Doctor Who comic books and will feature events, signings, contests, and fun activities on Saturday, July 9th, 2016 around the world!

SUPREMACY OF THE CYBERMEN
The spectacular five-part, bi-weekly adventure stars the Ninth, Tenth, Eleventh and Twelfth Doctors, and is penned by best-selling comic authors George Mann and Cavan Scott, with art by Alessandro Vitti and Ivan Rodriguez. 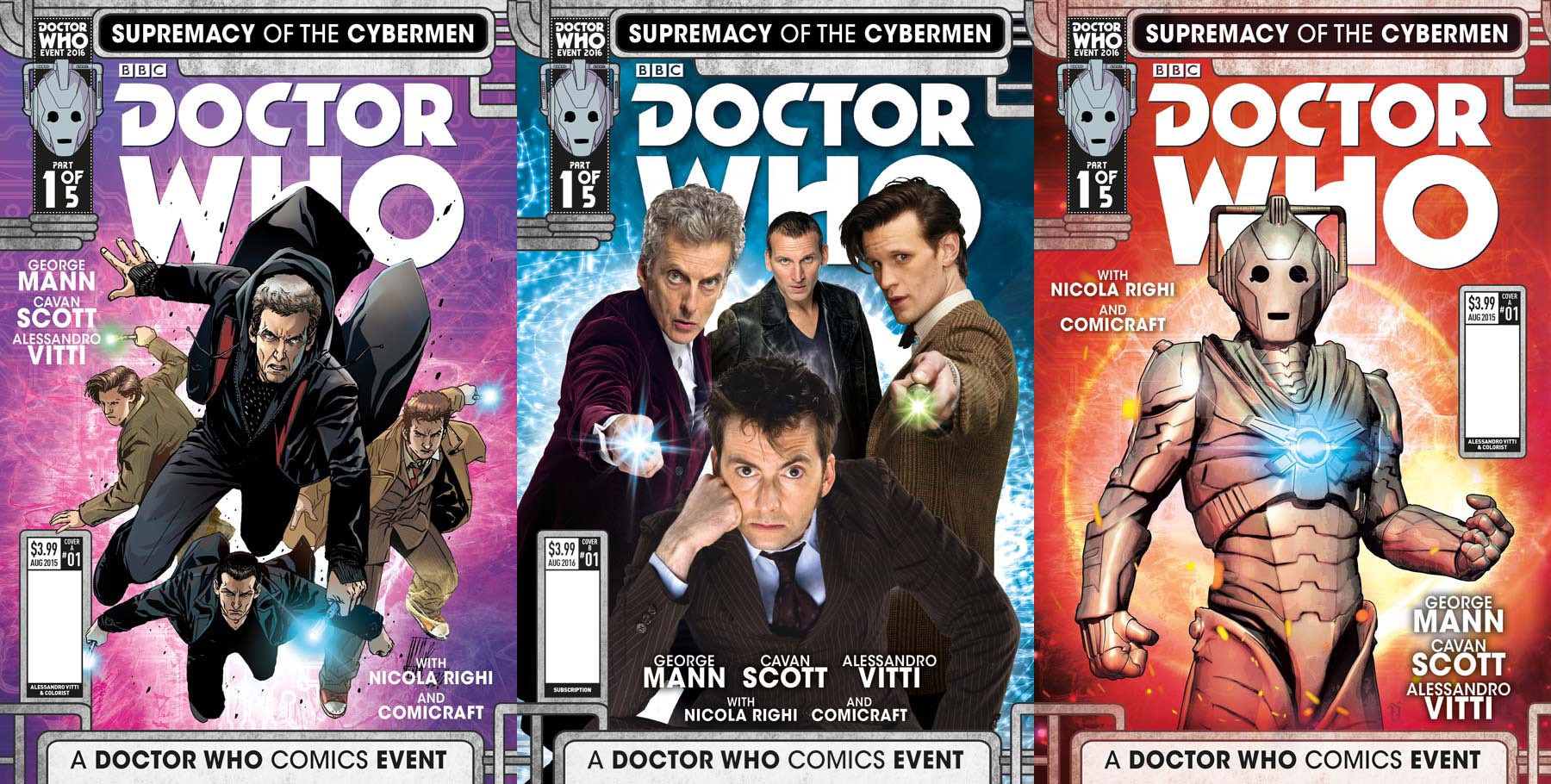 Also featured in the series are beloved companions, including Rose (played by Billie Piper in television) and Captain Jack (John Barrowman). Leading up to the release of Supremacy of the Cybermen, Titan will be releasing nine exclusive one-page teasers - featuring Doctors from up and down the timeline - in each of Titan's four ongoing Doctor Who stories. 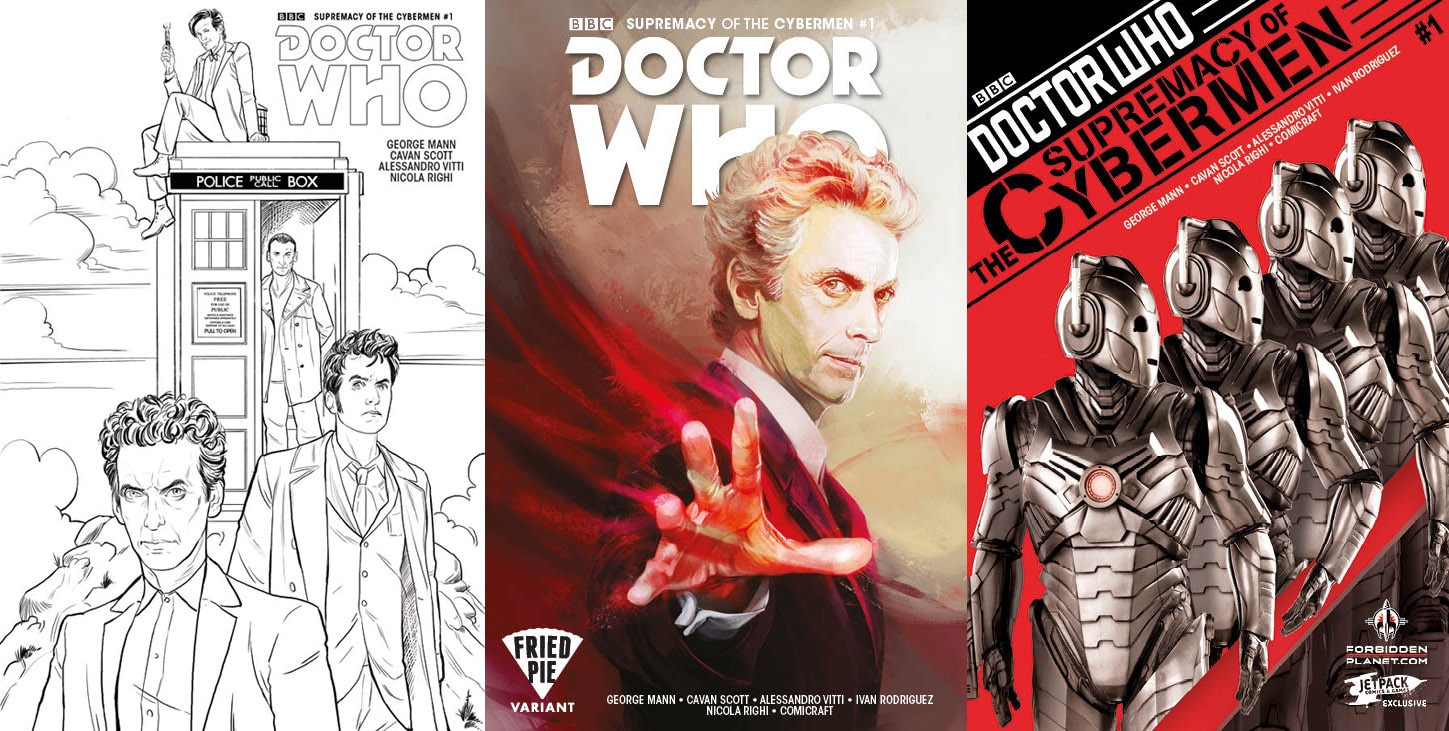 VARIANT COVERS
Titan will release multiple variant covers to collect, including Supremacy of the Cybermen variants by Alessandro Vitti, photo variant by Will Brooks, a cool Cyberman cover by Fabio Listrani, a blank sketch variant, a fun coloring variant, and exclusive retailer variants at Forbidden Planet and Books-A-Million. 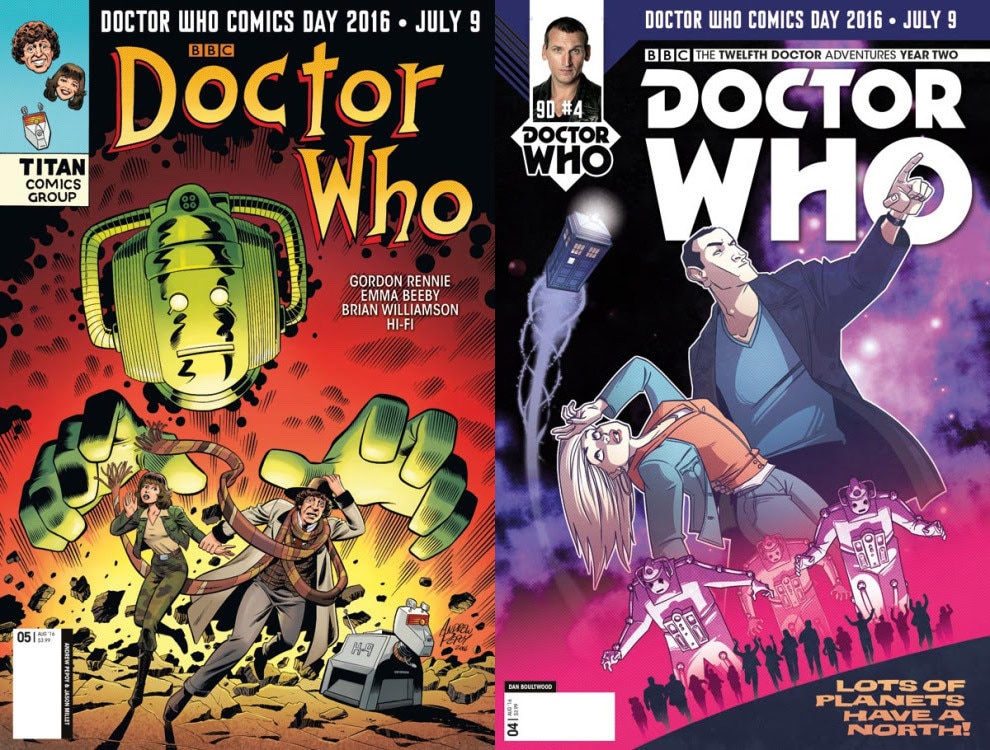 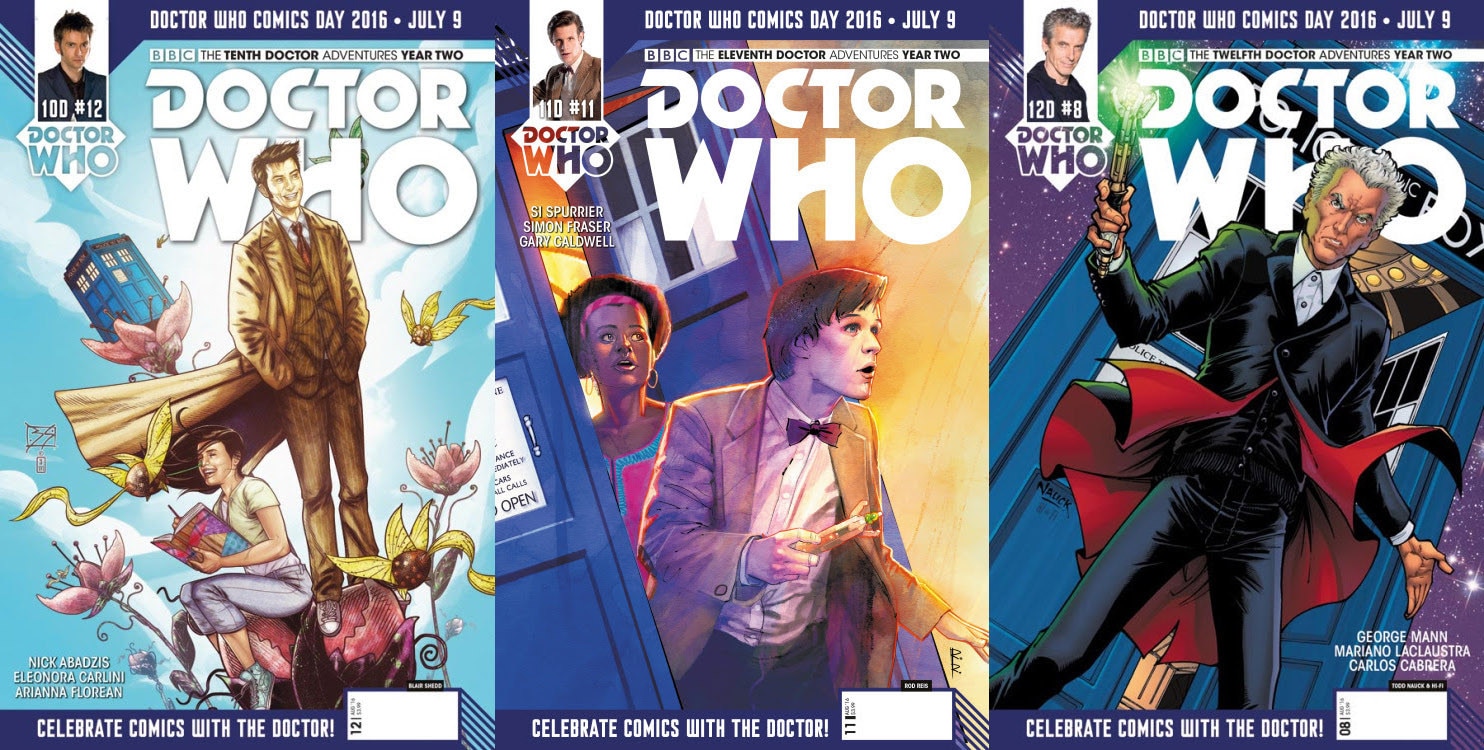 Visit Comixology.com on July 9 for your FREE Doctor Who comic - click here! 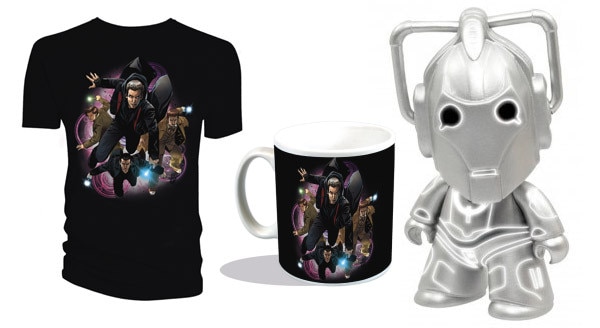 DOCTOR WHO READING GROUP
For the first time this year Titan is supplying Doctor Who fans with kits to host their own reading group events on the same day. Over 300 parties are planned across the globe to read and celebrate Doctor Who comics. Click here and fill out the form to participate.

Titan is encouraging all fans to get creative and visit their local participating store on Doctor Who Comics Day in cosplay, then tweet pictures to @ComicsTitan.

For more information about Doctor Who Comics Day visit: www.DoctorWhoComicsDay.com