In time for this year’s National Poetry Day, BBC Books have announced the release of the very first collection of Time Lord verse, Doctor Who: Now We Are Six Hundred.

Written by author James Goss, the book features illustrations by former Doctor Who showrunner Russell T Davies – his first role as an illustrator, using the comic artist skills he developed in his youth.

Doctor Who: Now We Are Six Hundred will be published on September 14, 2017, just two weeks before this year’s National Poetry Day on September 28.

A gentle and humorous riff on the classic Now We Are Six, this is a collection of charming, funny and whimsical poems that celebrate the joys, sorrows and wonders of Time Lord life. Russell T Davies says:

“I’ve been drawing for Doctor Who long before I was writing it, so it was like time-travel for me, voyaging back to that young scribbler who used to cover his school desk with Daleks!”

Check out the wonderful cover art from Russell T Davies below. 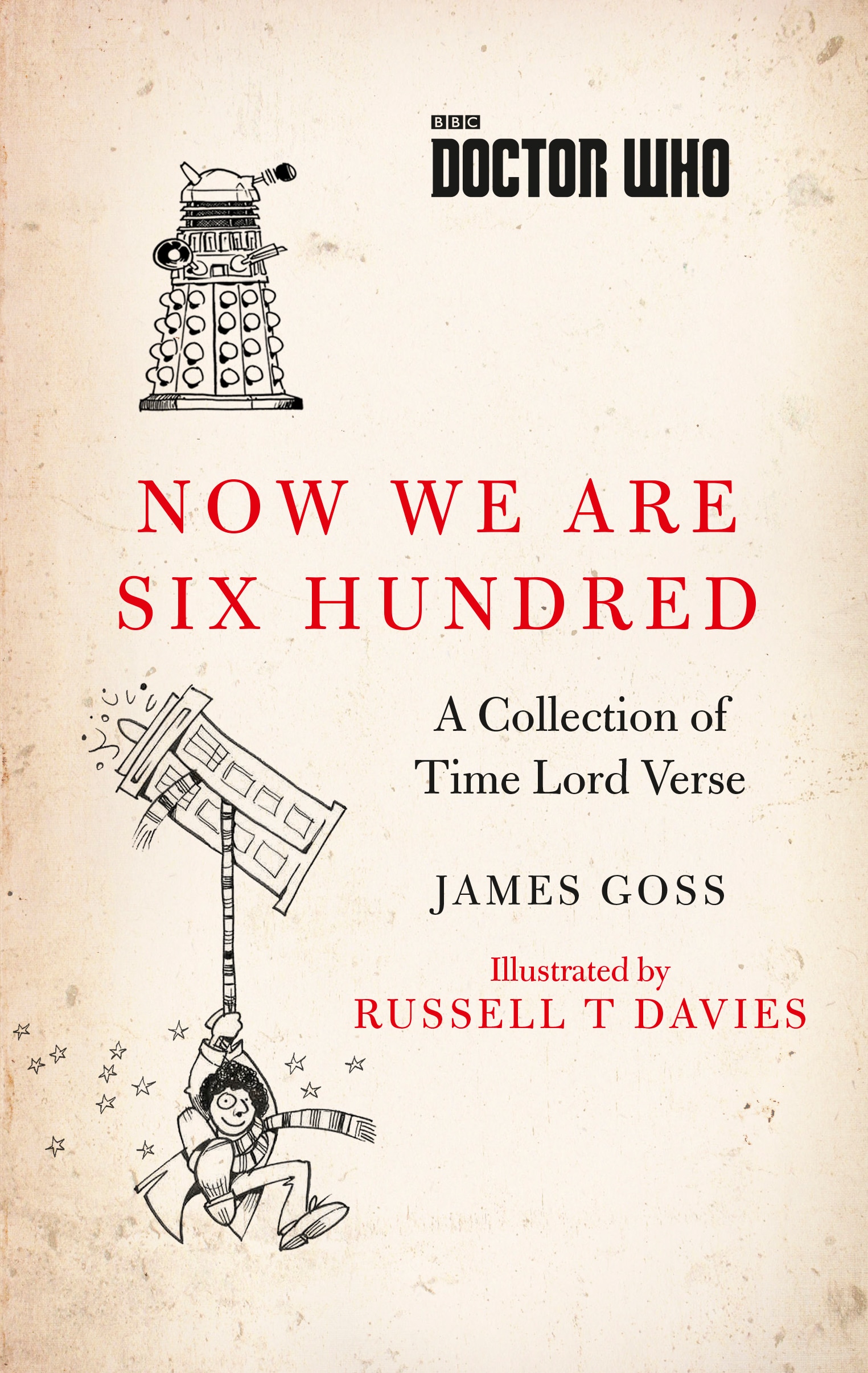 James Goss, who has also novelised the classic stories City of Death and The Pirate Planet, amongst many Doctor Who projects, including the forthcoming The Krikkitmen, adds:

“The poems have been a delight to work on. Who could resist retelling the fiendish Daleks’ Masterplan in verse, or finding bizarre and ludicrous rhymes for monster names?”

Doctor Who: Now We Are Six Hundred will publish in hardback on September 14, 2017 – pre-order here